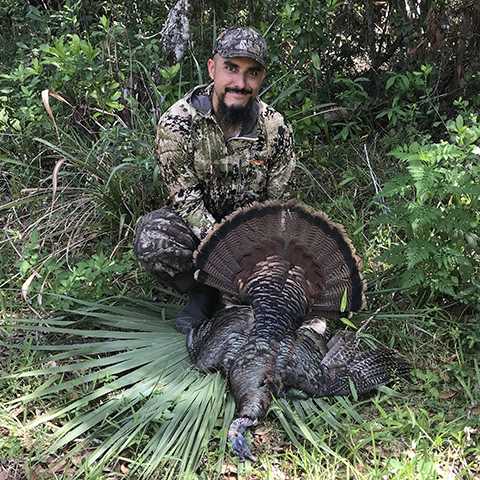 Richard Martinez has been a volunteer with BHA since 2018 and currently serves on the board of the Southeast Chapter. In 2019, Richard attended BHA’s Rendezvous in Boise and had plans to attend the 2020 edition. A lifelong outdoor enthusiast and Gladesman, Richard is passionate about the Everglades and has volunteered with numerous groups to remove exotic invasives and maintain trails. He is also a member of The Florida Trail Association and the Loxahatchee Battlefield Preservationists.

“Exploring the Everglades and it's unique subtropical habitat has been one of my life's greatest passions. Inspired by the recreational opportunities on public land here in South Florida, I have developed a deep appreciation for it's distinct ecology. Unfortunately this rare ecology and access to it are under constant threat. BHA represents to me an opportunity to defend these wild places with the support of a group I can confidently call my tribe.” 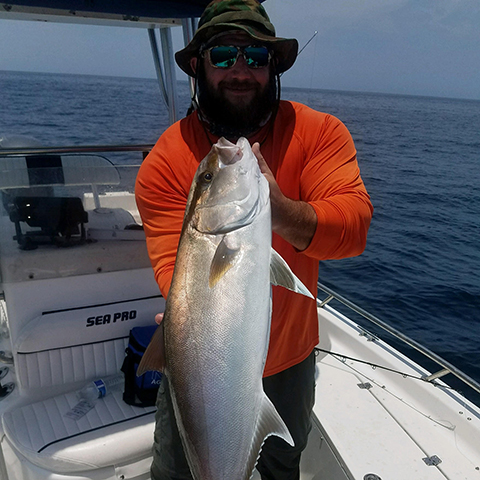 I grew up in Vermont and learned how to hunt and fish from my father. After high school, I joined the Marine Corps. Unfortunately, I was only able to hunt a few times while stationed in North Carolina. At the end of my enlistment, I moved to Florida. Once settled I discovered the vast amounts of public lands Florida has to offer. In the last few years, I’ve been blessed to partake in what I believe are some of the most diverse backcountry experiences in Florida, such as kayak fishing in the Dry Tortugas or primitive hunting on St. Vincent Island. Whether it’s whitetail deer, wild hogs, alligators, small game or being able to fish fresh and saltwater, the ability to take advantage of public lands means a lot to me. It is a therapeutic relief from the everyday stress of life. Two years ago, I started attending Florida Wildlife Conservation Commission meetings and getting involved in Florida hunting, fishing and public access issues. I became more involved with BHA because it was the group that seemed to most align with me being a public land hunter and angler. I volunteered for a board position with BHA because I wanted to help spread BHA's mission and values and support an organization that stands up for all sportsmen and helps protect our public lands. 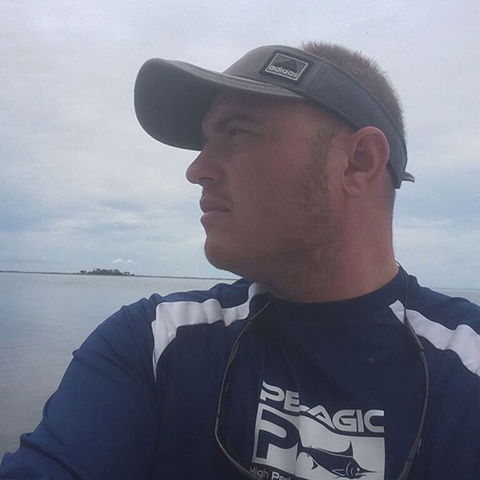 Chad Rischar is the conservation chair covering for the Florida chapter. He formerly served as the Southeast Chapter Chair (2019-2020) and was a founding member of the Southeast Chapter of BHA. Chad earned degrees in environmental science and soil and water science from the University of Florida. He also completed a fellowship in natural resource leadership from the University of Florida in 2017. As a professional wetland scientist and senior environmental scientist for an employee-owned consulting firm, Chad integrates his professional skills into personal conservation initiatives. In addition to serving on the executive board for the Florida Wildlife Corridor, Chad is the founder and director of Air-Ops Supporting Veteran’s Valor and is also a committee member-at-large for 2% for Conservation. His passion for outdoor pursuits stems from rural childhood themes and his scientific training, but most importantly from a never-ending passion for wild game cooking and sharing hunting/angling harvests. 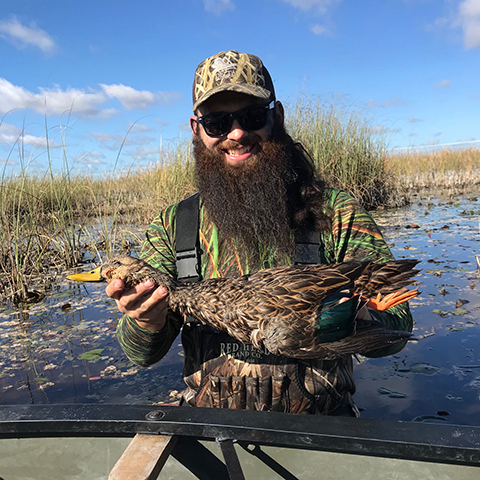 My name is David Rodriguez and I’m an outdoorsman. My love for the outdoors began when my parents took me to Yellowstone as a child and grew through being a cub scout all the way to becoming an Eagle Scout. I’m an avid fisherman and got into hunting in my 20’s while working at Bass Pro Shops. I love to fish, spearfish, hunt, backpack, and camp and have also mentored many friends of mine to fish and hunt as well, sharing my passion. I’m currently the regional sales manager for Wynwood Brewing Company in Miami, am married with three kids (two daughters, 13 and 8 years old and my 14-month-old son) and have a cat named Lt. Dan. 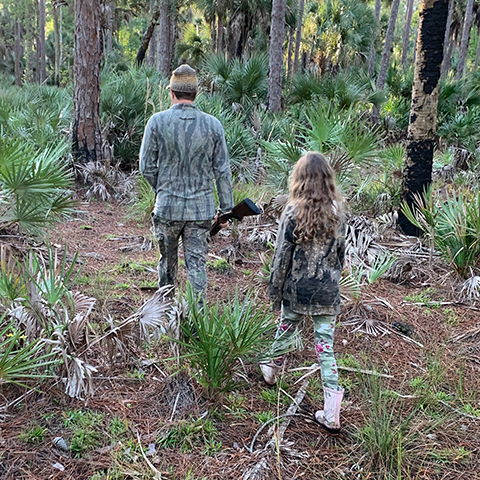 A passion for food and culinary arts lead Adam to a profession in artisan butchery. Having mastered the craft of skillfully processing whole animals, he enhanced his reputation as a noted salumist. In addition to traditional charcuterie, Adam has developed a specialization in curing wild game. His devotion to food, especially wild game, has allowed him to better understand natural resources and waste as it relates to wildlife and the landscape.

An affinity for the outdoors lead to an early life of skiing, climbing, hunting and foraging in western Colorado and the development of an ethos reflected the Leave No Trace outdoor ethic. As a volunteer with Backcountry Hunter & Anglers, Adam’s culinary talent was instrumental in raising over $2,000 to benefit public lands. Adam is proactive in his relationship building with the Florida Fish and Wildlife Commission and was an advocate to include hunting in the Florida Bear Management Program. He was instrumental in the successful completion of a service project benefiting the St. Johns Water Management District and participated in the Gobblers & Garbage Initiative leading to the removal of over a ton of garbage from Florida public land.

Adam is a member of Ducks Unlimited, United Waterfowlers of Florida and the National Wild Turkey Federation. He is certified by 2% for Conservation.

Volunteerism has always been a part of Adam’s life. He’s assisted numerous people become involved in the outdoors, mentors at least one hunter each season and is trained as a wilderness first responder.

Mark Barton is the Membership and Fundraising Chair for the FL Chapter, focusing his efforts on facilitating chapter growth and creating the infrastructure for event planners to raise funds for the chapter and organization as a whole. Like much of the world, Mark comes from a long line of people who believe meat magically appears in the grocery story. Without any family or friends to teach him, he struggled to learn to hunt on his own, and didn't take on the challenge until his late 20s. After realizing that most hunting media does not apply to the habitats he was hunting in South Florida, Mark started to adapt his own strategies which was quickly followed by success. In an attempt to increase hunter recruitment in Florida, Mark co-founded the Swamp N Stomp Youtube Channel, which is dedicated to providing Florida-relevant content to help newcomers get the running start that he never had. In his everyday life, Mark is a fish research biologist/ecologist. He received his Bachelors of Marine Science at Florida Gulf Coast University, followed by a Ph.D studying Arctic nearshore fish in Alaska at Florida International University. He now resides in Miami, FL studying fish communities in the Greater Everglades Watershed. When Mark is not volunteering, working, or hunting and fishing, he enjoys thinking about hunting and fishing, and when he will hunt or fish yet again... 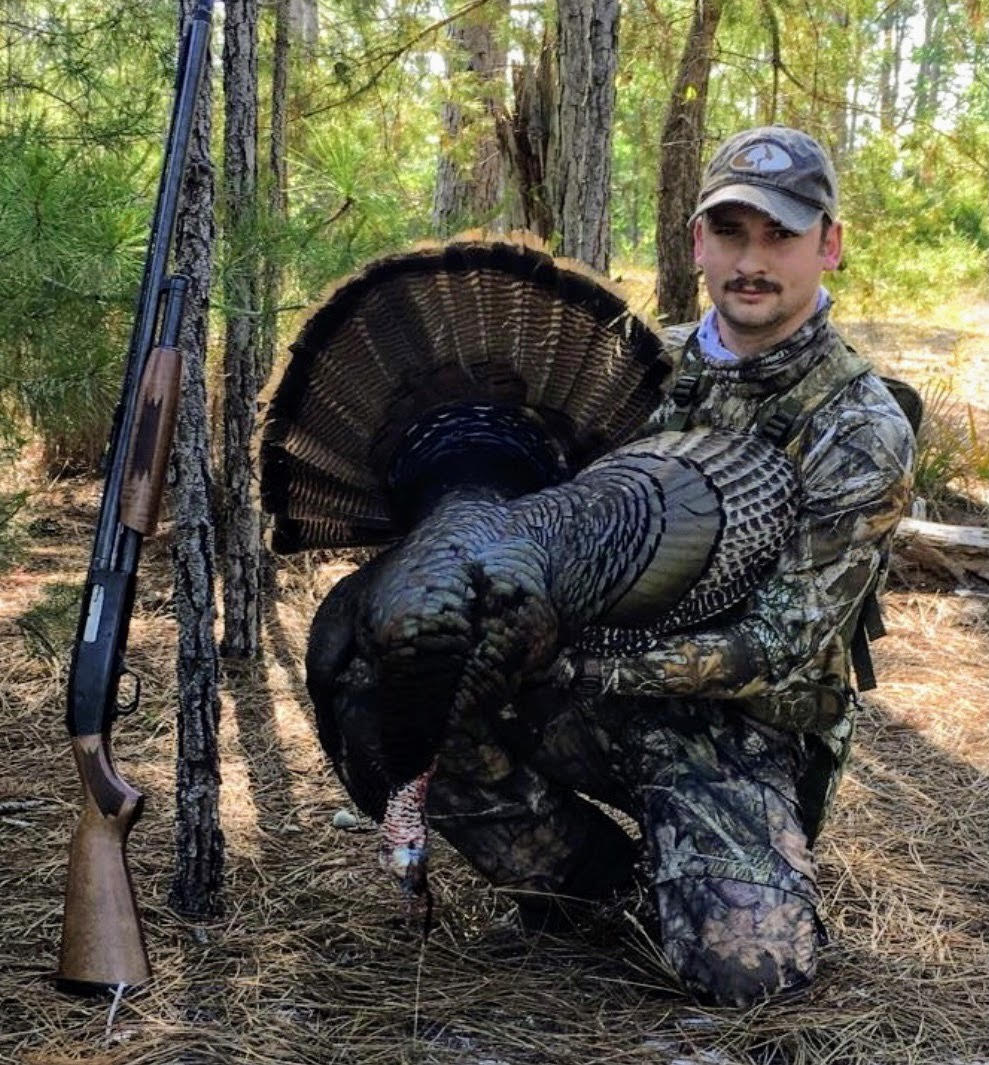 Brandon Paris is the Social Media Chair for the Florida Chapter. Born and raised in North Florida, he spends most of his time hunting whitetails, small game, chasing Osceola Turkey in the Spring. In the Summer Months, he can be found angling Largemouth Bass or Panfish from his Kayak or Skiff Boat. From Public Land Archery Tent Camping with his brother to recreating in the outdoors with his Wife and Children, Brandon’s devotion to exploring and protecting wild places is not only driven by a sense of self-gratification but by the altruist desire to share those places with the ones he cares about and future generations to come. Brandon also proudly serves in the Florida Army National Guard.