I have been a private land hunter my whole life growing up on a farm in middle Tennessee.  It wasn’t until I became involved with BHA that I wanted to take my hunting to another level by spending more of my time on public lands. 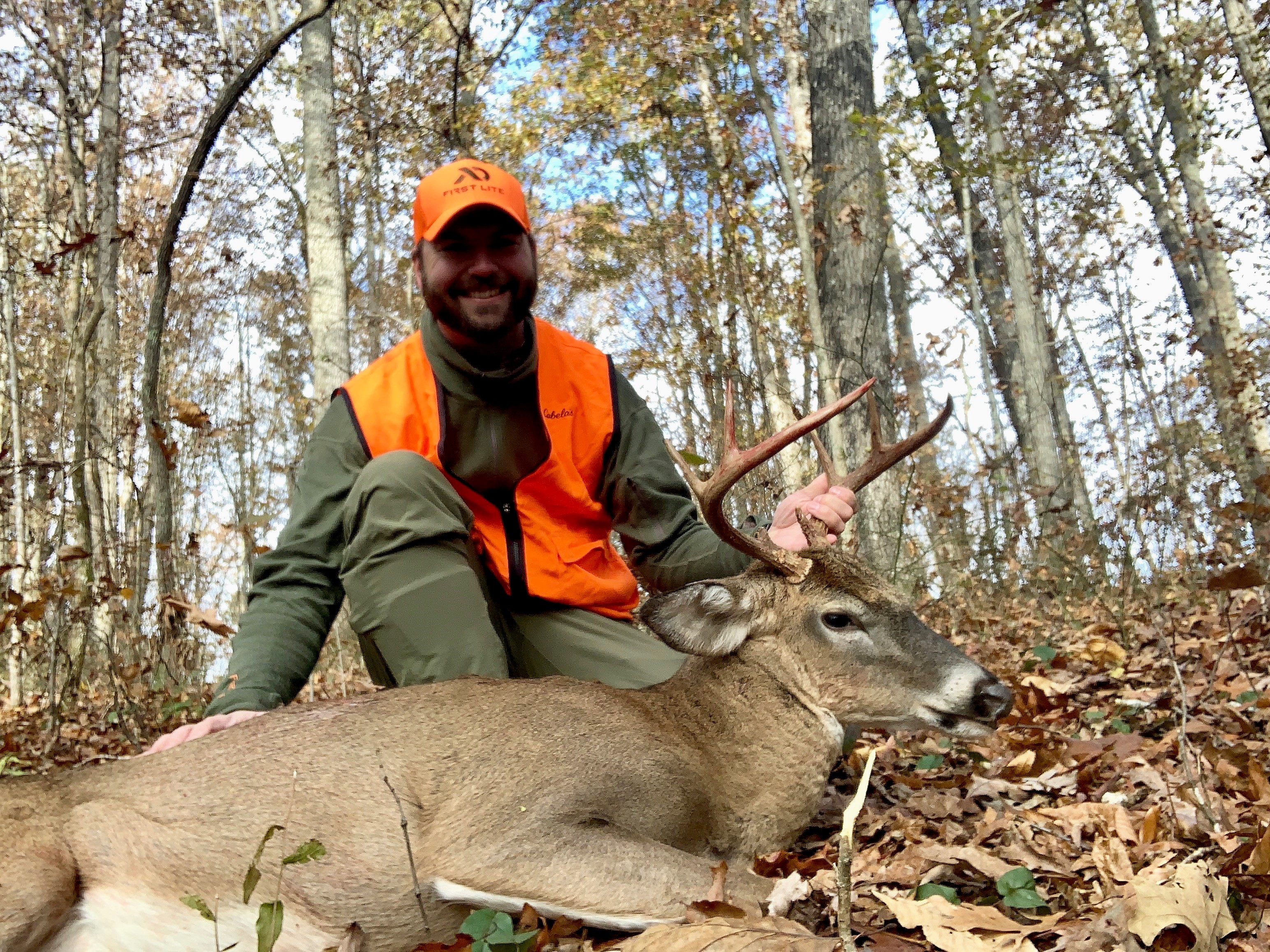 I was lucky enough to be drawn for a quota hunt on a heavily pressured piece of public land around Nashville this year.  I got in a couple scouting trips to get a lay of the land, but most of my scouting was done with topo maps thanks to OnX.  I got a pack to haul meat out if necessary and decided I was going to hunt from the ground to cut down the weight of a stand and not limit myself to a tree I’d be able to climb.

My first day started bright and early at 1:00 am to make the hour drive to the WMA, beat the weekend crowd, and make the mile hike in to a spot I had picked out. I was the first one on the property that morning. That day was pretty slow as the wind was howling all day, it was freezing cold, and I only saw one doe (it was a buck only quota hunt).

The next day started similarly with the drive, hike in, etc. This time I set up in a saddle on a ridge between a sapling thicket and an oak flat loaded with acorns.

The action was a plenty that morning. Had a small basket rack buck come running through just after daylight but I couldn’t tell if it was a legal buck for the quota hunt (needed four points on one side) nor could I get him to stop long enough for a shot.

Several minutes later, a 2 1/2 year old 8 pt. was running a doe through my setup. He too had no desire to slow down let alone stop.

Then about an hour later, I caught some movement to my left. It was a deer feeding on acorns through the saddle. I eased my binoculars up and immediately saw a set of antlers. I quickly counted four points on one side and didn’t waste time counting the other. A LEGAL BUCK!

I slowly got my rifle to my shoulder and settled the crosshairs right behind his shoulder and waited for a broadside shot.  When it presented itself I clicked off my safety and squeezed the trigger.

I saw him slump down in his tracks but chambered another round anyway and watched for several seconds to ensure it was a fatal hit.  I was excited for a second but brought myself back down until I walked up there and confirmed that the buck had expired.  Sure enough it was as quick and clean a death that anyone would hope for. He was a beautiful young 8 pt. buck.

I couldn’t have been more excited. I had taken many deer over the years and several were probably twice the size of this one, but this one was special to me.

Anyone in the country could have drawn this tag, came to Tennessee, this WMA, this spot, this morning, and taken this deer home. But it was me that was the lucky one. I accomplished what I had set out to do: go out by myself on public land and get a buck.

The work was about to start. I was well over a mile from the truck. I dressed and quartered the deer and hung the quarters in a young tree. I made a trip to the truck to drop all my gear except for the frame of my pack.  When I returned, I loaded the pack full of the entire deer in game bags. It was super heavy. I know next time I’ll split the deer into more trips if I have time.  It was so satisfying when I returned to the truck and placed my prized groceries in my cooler. 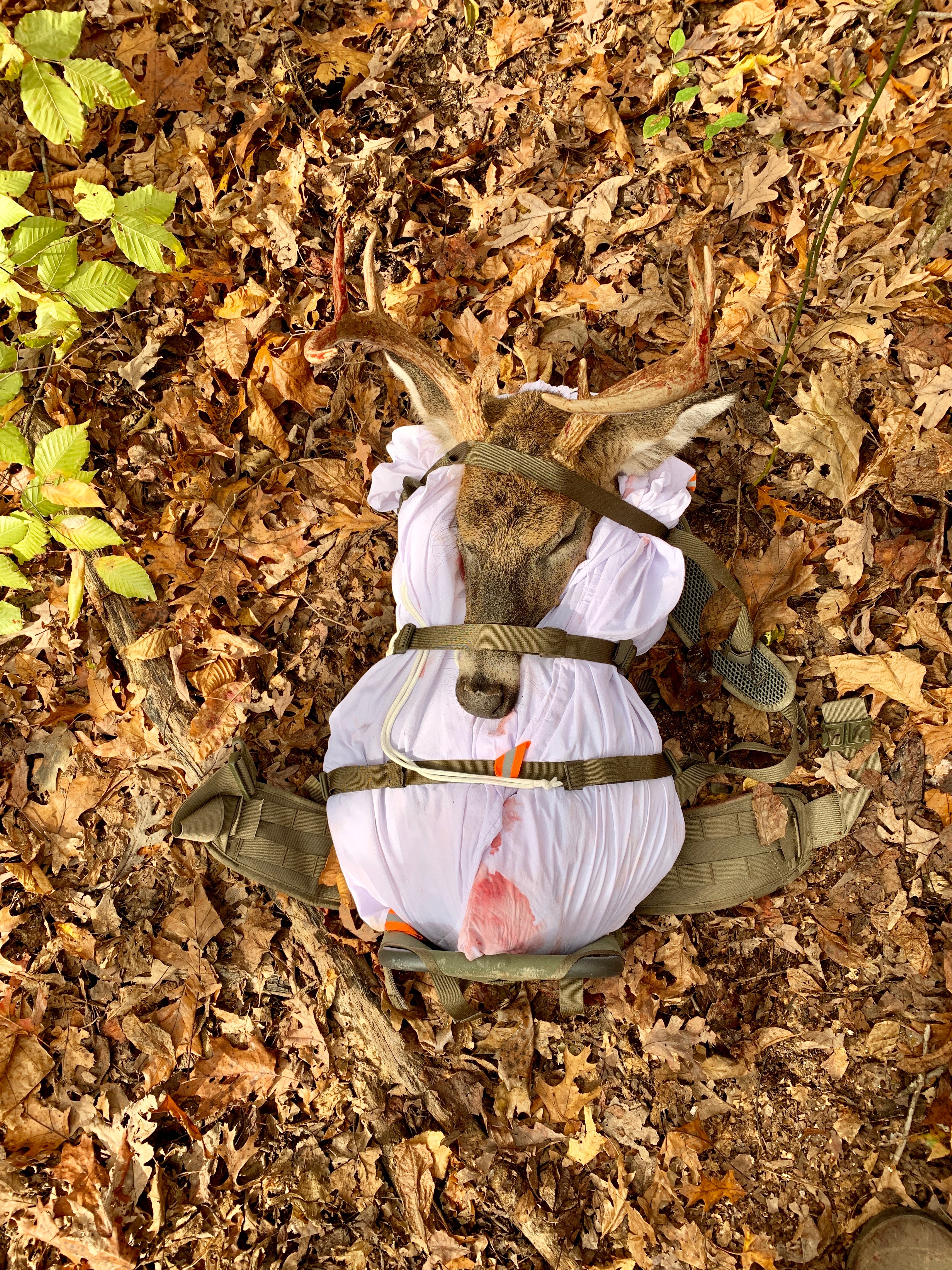 I was exhausted, but I guarantee that if I had to turn around and go back out there for another load, I would’ve skipped the whole way with a smile on my face.

About Joey Bell
share on
See other posts related to Southeast News
Get the latest news and stories, right to your inbox.
Search
Local Chapters