Faces of BHA is a regular column in Backcountry Journal, which spreads light on the incredible volunteers working behind the scenes to ensure the organization succeeds. This installment was published in the Winter 22 issue. 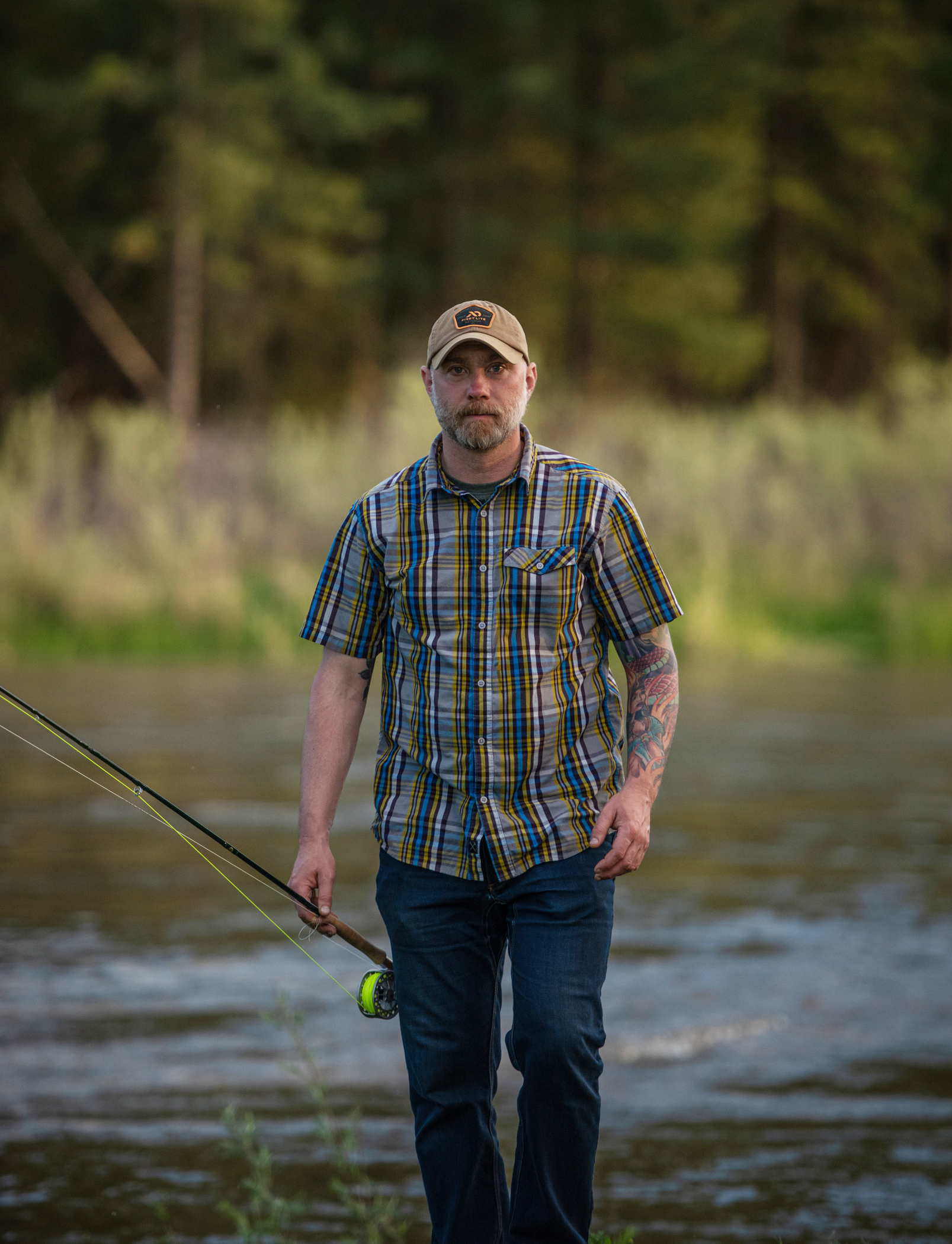 “Our goal is to give veterans and service members a new mission, and that mission is conservation.”

What brought you to BHA?

I discovered BHA not as a hunting and fishing group but as an organization dedicated to public lands and waters. I first really became aware of federal public lands on a rock climbing trip to Indian Creek, Utah. While on the trip and camping in the backcountry, I also first read Edward Abbey’s Desert Solitaire and was inspired by his condemnation of development and his lamenting for the loss of solitude and wilderness.

While in Utah, I fell in love with the Wingate Sandstone red desert, but I still didn’t really understand public lands and very much took them for granted.
However, in 2017 BHA came to the forefront opposing the Disposal of Excess Federal Lands Act, led by a Utah congressman, which would have transferred 3.3 million acres of Western federal public land, including the area surrounding Indian Creek, to the states. Later that same year, Indian Creek, now part of Bears Ears National Monument, was at risk when Bears Ears was reduced from 1.35 million acres to just 201,000 acres.

As a late-onset hunter, I was drawn to BHA not just for their hunting and fishing constituency, but more so for their mission to protect, defend and increase access to public land. When BHA launched the Armed Forces Initiative, the overlap between hunting and fishing, public lands and waters and the military and veteran community seemed a perfect fit, and I volunteered to take an active role in supporting the program.

What do hunting, fishing and backcountry mean to you as an Army veteran?

Every service member takes an oath to “protect and defend the Constitution of the United States.” It’s the Constitution’s Property Clause that authorizes the federal government to own public lands. Yet, the existence of public lands and our access needs constant vigilance and defense.

While I was still serving on active duty, recreating on public lands was an opportunity to break from the daily stresses of military life. While still serving, many of my local trips were climbing in the Nantahala or Pisgah national forests. I was interested in learning to hunt, but I had no idea where to start. In my last year in the military, I started to hunt on public lands with a coworker, and now that’s how I spend most of my time.

You have been very active in the formation of BHA’s Armed Forces Initiative, which is off to a roaring start. What’s AFI doing that is resonating so strongly with both active duty and veteran servicemen and women?

AFI resonates with the veteran and military community because it provides a sense of purpose. In creating the program, we were very conscious that we didn’t want just a hunting/fishing club, and we didn’t want to provide a one-time semi-guided experience; we wanted to provide the knowledge, skills and opportunities to create conservation leaders. From the start, our mantra was: “Our goal is to give veterans and service members a new mission, and that mission is conservation.”

Our installation clubs focus on recruiting new hunters and anglers and more importantly on ensuring existing hunters and anglers didn’t lapse due to the challenges of military life. Our active-duty population moves states and often across the country about every three years. Each state has a new set of regulations and possibly new, unfamiliar game species that make it difficult to navigate for a service member. Yearlong deployments and fall field training exercises make hunting even more challenging. We also want to highlight the numerous opportunities available to hunt on military installations.

For our veteran, National Guard and Reserve populations, our goal is to create a foundation of conservation leaders and advocates. At our Dual Skills Camps, we teach the history of public land, how public land and wildlife are managed and funded, how the legislative process works and a bill becomes a law, and how and when in that process to engage to affect state and federal policy. We want to enable and empower our military constituency to advocate for public lands.

What’s your perfect day like on public lands
and waters?

Any day on public land can be a perfect day. I personally enjoy the camaraderie of hunting and fishing on public lands – whether it’s fly fishing with my wife, walking the fields for pheasant, floating the Yellowstone or hiking the mountains, glassing and bugling for elk with a friend. I also really enjoy teaching others about public land and the opportunities that are available to all of us, regardless of how you recreate.

Join BHA or contact your local chapter to get involved in protecting the wild public lands, waters and wildlife we all love.