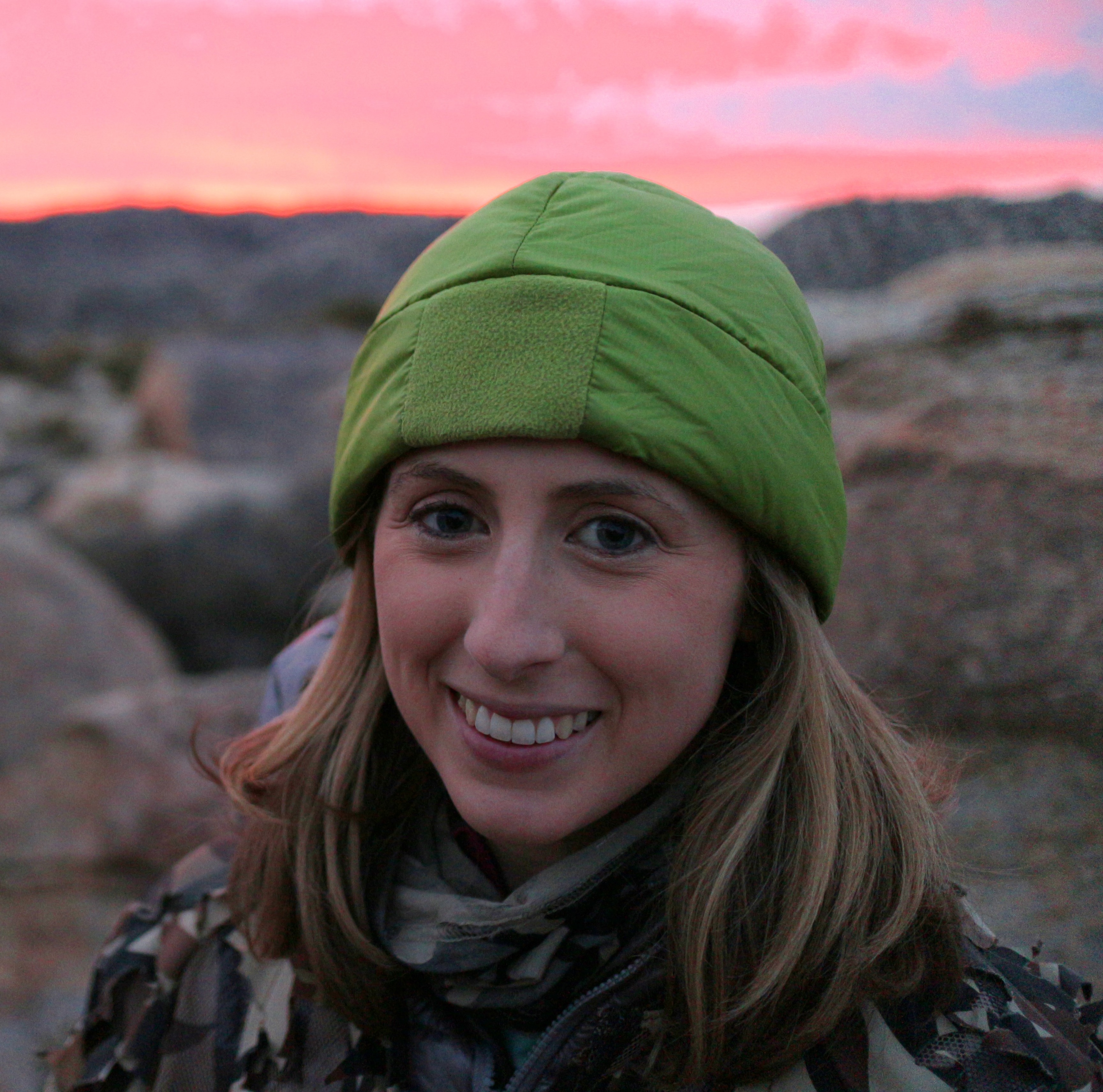 Becoming a hunter changed the way I experience the wilderness. You see, before I was a hunter I was a backpacker. And before I was a backpacker I was just an outdoorsy kid from the suburbs of Massachusetts. In my youth, the wild served as a backdrop – the set for my latest made-up adventure movie, starring me. The wild was my playground. In those early days, I saw myself as distinctly separate from the rest of the natural world. When I started exploring the backcountry in my early twenties, I became a more experienced hiker, navigator and camper. But my orientation toward the wilderness was still marked by separation. With a handful of expeditions under my belt, I decided to embark on my first solo backpacking trip. I felt ready to test my mettle as an outdoorswoman. But when I departed from the trailhead I was struck by an uneasy silence. I remember feeling almost too aware, as if the dial on my hearing had been turned up to ‘uncomfortably loud’. This hyperawareness scared me. Without the distraction of a partner, I was alone in the wild – disquietly alone. I sat in my tent on that first evening of my trip, staring at the Silnylon walls, listening to my iPod to drown out the deafening silence.

I brought the sounds of my human life with me because I did not know how to face the wilderness without them. Despite the discomfort lingering in the deeper corners of my mind, the allure to be in nature remained. At the same time, my years of staunch vegetarianism and veganism began to weigh on me. I wanted meat, but I didn’t want to get it from the grocery store. Ultimately, I was attracted to hunting for reasons that many of us are – to access fresh, wild, food, to take personal and ethical responsibility for the animals I eat, and to trek and explore with a renewed sense of purpose. As a fledgling hunter, I knew that I couldn’t go gallivanting about, loudly traipsing through the fields if I wanted to have any hope of success. But I felt frustrated with having to regulate my voice to a low whisper for days on end and having to move so gently and slowly. I wanted to comment out loud on everything I saw – to narrate the wilderness – as if to impose a human presence on the fearsome and rugged landscape.

The backpacker in me wanted to charge on through, conquering the terrain to reach my destination. The truth was that nature needed no commentary and hunting had no destination. The goal was to see before being seen and to
hear before being heard. The pursuit of game required a complete mental and sensory recalibration. For the first time in my life, I had to actually tune in to the living, breathing wild. I had to embrace the silence that I feared.

Over time, the silence and stillness gradually morphed from a chore, to a routine, to a way of existing. On a bowhunt for deer this September, six quail waltzed by within ten feet of me as I stood like a statue in the pre-dawn dimness. During a mid afternoon glassing session, I entered into a five-minute staring contest with a hyper-vigilant doe while her two fawns milled about feeding. In these moments I felt like more of an intimate member of the desert wilderness than I ever have before. These silent, beautiful interactions return to my mind again and again. In becoming a hunter I learned explicit lessons that fulfill my primary goal of putting meat in the freezer – how to shoot a rifle, how to identify tracks, how to skin and field dress game.

But I also learned implicit lessons that fulfill a more important goal that I never even knew I had. For me, becoming a hunter meant quietly embracing the chorus of life in the wilderness – what I had before perceived as uncomfortablesilence – and gleaning as much information from it as possible. In doing so, I am developing an integrated sense of belonging in the backcountry and seeing what it means to be human-as-predator. I am finding my wilderness self. I went my entire childhood seeing only a handful of shooting stars. Now I spend many weekends a year falling asleep to a blazing milky way, crisscrossed intermittently by the most vibrant of meteors. Tucked in my bivy I have no need for the tent walls that blinded me from the expansive night.

And on the last weekend of this past season after the hunt was said and done, we hiked back to the trailhead in silence under a moonless sky. We could have talked – spooking any animals would have been inconsequential at that point – but we didn’t want to. When we finally began our drive back home, I was still speaking in whispers. My partner made fun of me, “You can speak up now, you know.” I had temporarily forgotten that there was another way to be. Robyn is a PhD student living in southern California. She is a co-founder of modern-hunters.com, a blog focused on minimizing the barriers to entry into hunting. She became a member of BHA this fall.

As two self-taught hunters, we write articles and stories about procuring wild food. We cover strategies, how-tos, culture, and ethics. Learn to hunt with us!

share on
See other posts related to California BHA
Get the latest news and stories, right to your inbox.
Search
Local Chapters