Every Hunter is an Ambassador: In the social media age, what you say is often held against you 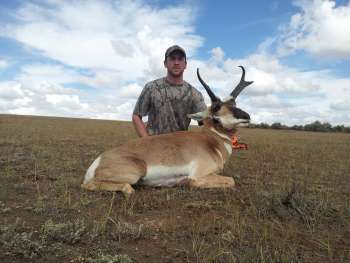 This quote is credited to Eleanor Roosevelt, but the overall concept has been used and reinforced by many great Americans.

For many years – in fact, perhaps generations – hunters have shared their stories and photos amongst each other, with the overriding assumption being that you have not only a captive audience, but also a receptive one. When you pulled out the album and flipped through the pages, there was little worry about how those photos would be perceived or if some blood or questionable attempts at humorous poses or subject matter would negatively influence the viewer.

With the advent of social media (Facebook, etc.), the last few years have seen a dramatic shift in who is seeing those photos. Nowadays, when a hunter posts a grip-and-grin field photo, chances are good that hunters will be only a fraction of the people seeing that photo. Old classmates, friends of friends, and plenty of non-hunting urbanites will see it directly on their “wall” or happen upon it indirectly through random browsing.

Many of these people don’t understand hunting, and they surely don’t have any idea why a hunter would sit there with a dead animal and a big smile on his face. While hunters understand the toil, sweat, and accomplishment that went into the hunt, along with the true reverence the hunter has for his trophy, the non-hunting public often has no idea, nor do they care. They oftentimes are simply and quickly turned off by the whole picture.

Worse, it might slowly and surely (or real quickly, depending on the gruesomeness of the photo) send them the other direction, perhaps with the end result being voting against your hunting rights and heritage or sending their money to PETA to stop that which they incorrectly perceive as cruel or unnecessary. How we represent hunting will determine whether or not we’re able to continue doing it. Non-hunters who are negatively sensitized to hunting won’t be shy to run to the polls to take those privileges away from us.

I’ve also seen a big trend on Facebook as the divide seems to widen daily between the political right vs. left and the hunting vs. anti-hunting public. I’ve also seen a lot of hunters out there with a pretty ignorant and extremely detrimental attitude. Comments such as “if you don’t like it, you’re free to ‘unlike’ my page”, or “Tough ####! This is a free country. ‘Merica!!”

Seeing this sort of sentiment makes me cringe. In a day where hunters are perhaps under more fire than at any other time due to a growing number of urbanized people whose idea of enjoying nature is turning on Discovery Channel, now more than ever hunters need to be smart about what they show and how it’s presented.

Whether we like it or not, every hunter out there who is in any way engaging the non-hunting public with hunting photos and subject matter is an ambassador – a public figure – representing what hunting is all about.

One area where I’ve seen the interface reach explosive levels is surrounding wolves. It’s not exactly a secret that this is a volatile subject. The pro-wolf crowd is often extremely passionate, oftentimes with very irrational and emotional feelings toward wolves. Here we are as hunters trying desperately trying to educate people about how big an impact wolves can make on our big game herds and trying to gain votes and support for keeping wolf populations down, yet every single day I see hunters sharing pictures on social media of dead, gruesome photos of wolves, often stacked up like cordwood. Or coyotes piled up like an animal holocaust, sometimes even laid out to spell “PETA sucks” or something just to rile up the anti-hunting hornet’s nest.

How about we revisit that quote just one more time: “With freedom comes responsibility.” As hunters in the U.S., we have such an amazing and special heritage and freedom to hunt, interact, and truly know wildlife; to go forth and hunt and provide meat for our tables; to have a heritage so special that very few things in life can even compare to it. Doing ANYTHING to inflame the debate or push people to the dark side of anti-hunting just doesn’t seem intelligent to me.

It used to be that the main avenue for seeing hunting content was through magazines. At that point, most of the editorial staffs had been around the block enough to know the landmines to avoid and how to send the right message, or at least a decent one. Now, however, everyone out there with a keyboard seems to have a “Your Name Here Outdoors” page on Facebook, where they have their own platform and audience, often without the education or filters needed to send a good, positive message and image about hunting.

Here are some things to consider when posting content to social media sites, where it will be seen by a lot of non-hunters:

Don’t mistake this article as being afraid to speak freely about hunting. To me, it’s this simple: Anything worth doing is worth doing well, and anything special in life is worth treating with respect.

share on
See other posts related to Backcountry Stories, The Campfire
Get the latest news and stories, right to your inbox.
Search
Local Chapters