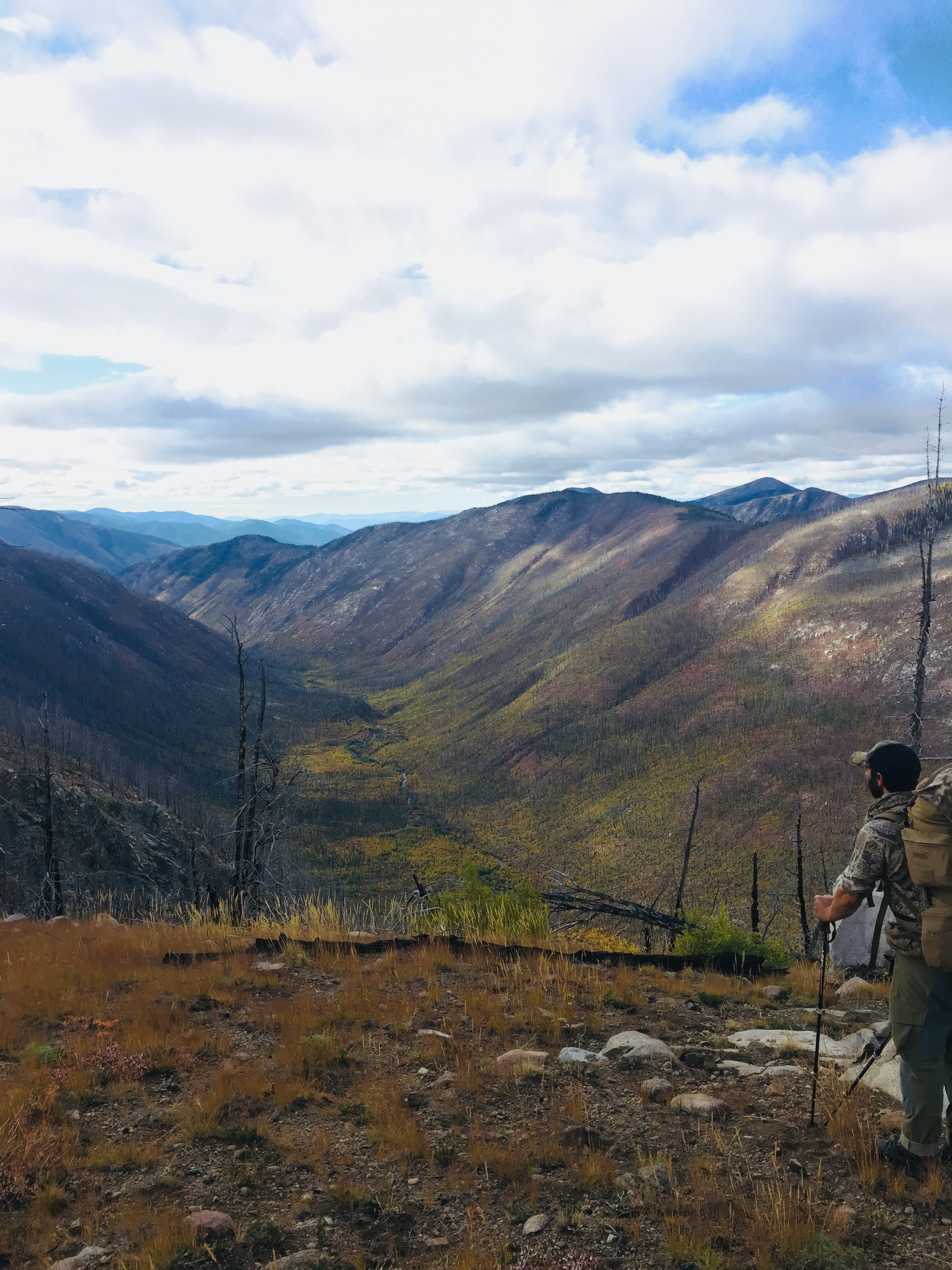 In Eastern Washington, herds of mule deer make seasonal migrations each year from their lower elevation winter range to their high elevation summer range. In spring as the snow begins to melt and recedes up the mountains, a wave of fresh, green growth follows just behind the rising snow line. And with the green-up of fresh shoots and leaves come the mule deer, capitalizing on the extra nutrition of the fresh greens and heading towards their high mountain summer range. Here, high-elevation forests provide food for deer all summer with their cooler, wetter weather. But as the snow begins to accumulate in the fall, food becomes scarce and the snow becomes too difficult for deer to move through, spurring the fall migration down from the mountains and into the drier forests of Douglas fir and ponderosa pine and the open shrub habitats where bitterbrush and other shrubs provide winter food.

But as we discussed in last week’s Embers and Ecology, our Eastern Washington landscape is largely shaped by wildfire, and so to understand how mule deer use their winter and summer ranges, we must understand how fire affects mule deer habitat. In other words, we have to understand when deer win and when they lose on the trajectory of habitat development from freshly burned to old-growth.

How fire affects mule deer habitat depends partly on whether we are looking at summer habitat or winter habitat, so let’s examine them one at a time. In summer habitat, recent wildfires are a win for mule deer. The flush of regenerating vegetation that grows in the early years post-fire provides a boon of nutritious forage for mule deer, and because winter survival depends in large part on the amount of fat deer put on during the summer and fall, having large areas of recent burn can greatly benefit a mule deer population. Reflecting on our past 100 years of fire suppression, we see that putting out wildfires and allowing large tracts of unbroken forest to mature degraded mule deer summer habitat, but as we look forward to a future of more frequent, hotter, and larger fires, we also predict detrimental effects. As warmer, drier summers and a century of fuels-accumulation create tinder boxes out of our forests, we may see a deterioration in quality of recently-burned habitat since hotter burning fires and drier conditions can delay recovery and lower the quantity and quality of forage growing post-fire. 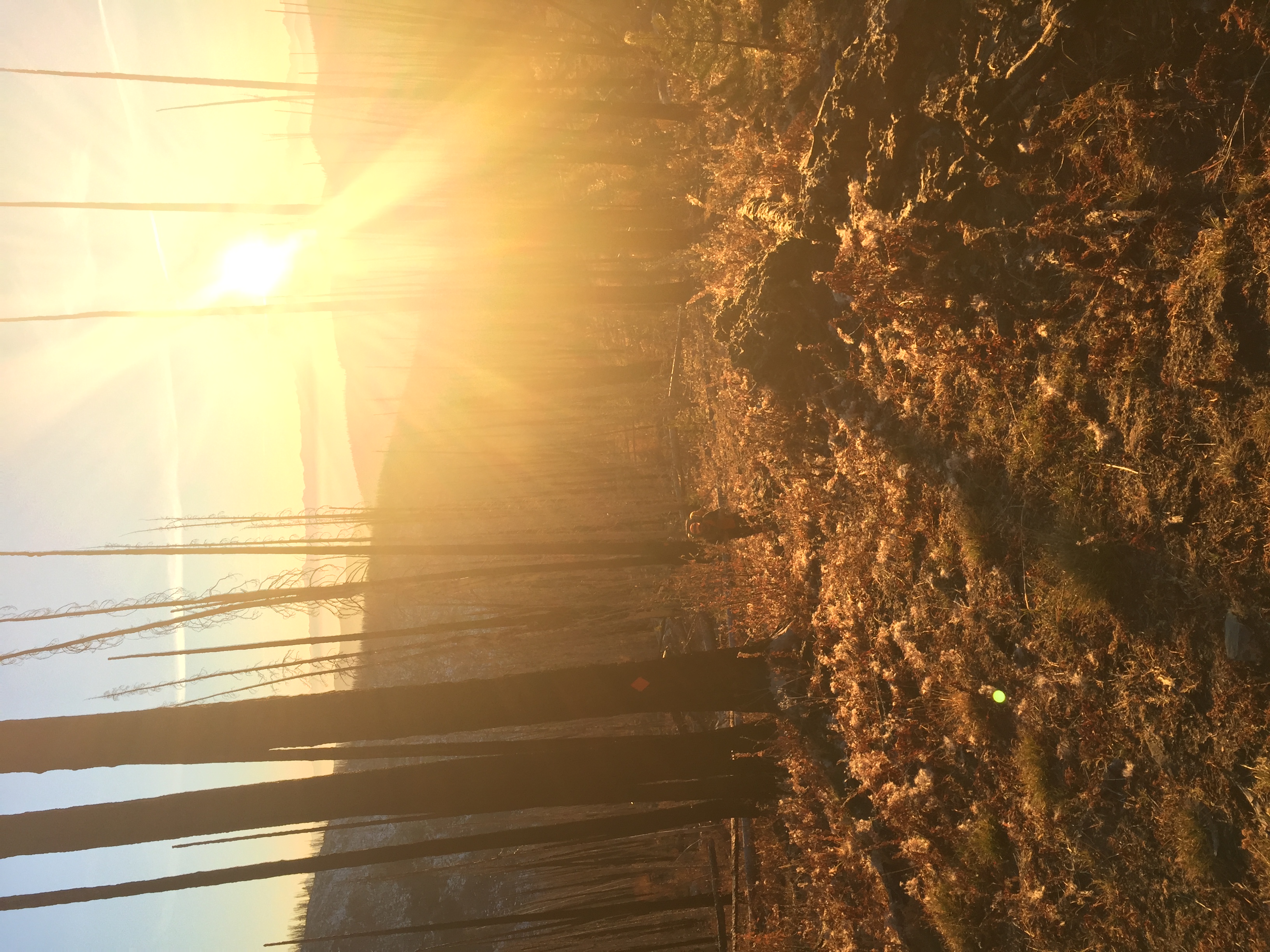 Once again, fire is central to whether mule deer habitat needs are met on their winter range. In forested areas of winter range, fires historically burned frequently and at lower intensities, killing young trees but allowing larger, mature trees to survive. The result was an open understory forest that could grow browse for deer and a forest canopy to intercept snow and allow easier movement and access to food. But here again, a century of fire suppression has allowed these forests to fill in, to the detriment of deer habitat. Now, with hotter, drier summers, when these forests and their abundant fuels burn, they burn hot and over large areas, removing important shrub forage from large areas of the landscape.  Unlike the positive effect frequent, low-intensity fires have on forested winter habitat, fires in shrub-steppe winter habitat can result in habitat of little value for several years post-burn since most shrubs and especially bitterbrush are slower to regenerate than grasses and forbes. Under the historic fire regime, frequent, small fires maintained a patchwork of burned and unburned areas of shrub habitat that acted as firebreaks and kept future wildfires spotty and small, and although fire suppression in shrubby habitats temporarily increased the amount of food and cover available to mule deer during the past century, the resulting accumulation of fuels is coming back to haunt us, especially when coupled with climate change.

Now when fires burn in the shrub-steppe, there are no natural firebreaks to keep them small and spotty. Large tracts of shrub habitat are scorched as was seen in the 2014 Carlton Complex Fire, a state record-breaking megafire that burned 256,100 acres, much of which was winter range to Washington’s largest migratory deer population. What’s more, fires pave the way for invasive weeds which can have major negative impacts to deer habitat since they out-compete native species and offer little nutritional value to mule deer. Cheatgrass is one particularly detrimental and pervasive invasive species in the shrub-steppe, taking over burned areas so that large areas of shrub-steppe are replaced by the grass. To make things worse, cheatgrass acts as a continuous fuel-bed thus increasing the frequency and spread of wildfires.

Mule deer live on a landscape where wildfires burn, but how a burn impacts deer is not a simple matter. Where, how intensely, and when a fire burns all affect whether a patch of burned habitat is going to be a win or a loss for mule deer. Mule deer need the right kind of fire, not just fire or no fire. As our history of fire suppression begins to backfire and our summers become hotter and drier and invasive weed species spread, our changing fire regime threatens to drift even further from maintaining the kind of habitat that mule deer evolved with and rely on.

Be sure to return to the Washington chapter page and our social media for more wildfire education and updates.

share on
See other pages related to Washington BHA Washington News embers ecology
Get the latest news and stories, right to your inbox.
Search
Local Chapters