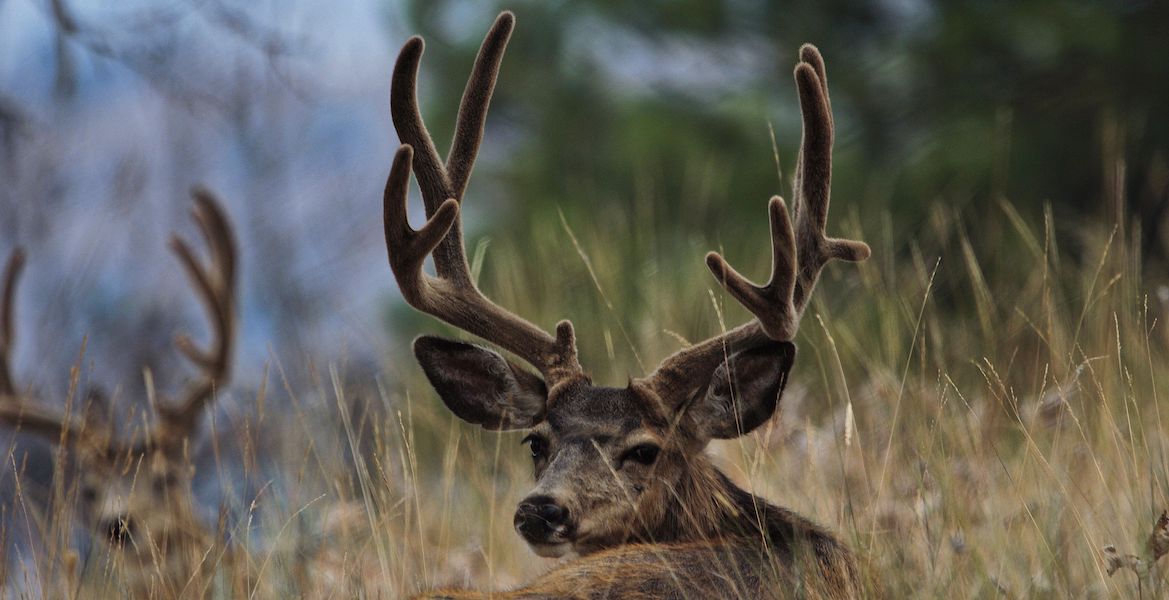 The effects of roads, trails, and recreational activities on elk have been extensively studied and well documented beginning with Perry, C., and R. Overly 1977, Lyon, L. J. 1979, and others.  Those and subsequent studies have clearly demonstrated that elk will avoid roads and trails and human activities associated with them.  Wisdom et al 2018 reported that over thirty studies from the past five decades have reported displacement distances from motorized travel on forest roads 0.5-1.5km (2018). Elk responded to increasing road and trail activity, avoiding areas 51-400m from trails when trail activity reached 1-2 users/hr; which increased to 401-800m when trail activity reached ~12 users/hr  (Rogala et al 2011). Key findings from studies on elk responses to recreation found that elk avoided people and trails associated with ATV use, mountain biking, hiking, and horseback riding (Wisdom  and Johnson 2019).  Avoidance was strongest in response to ATV use, followed by mountain biking, and was less strong in response to hiking and horseback riding.

They also found that in response to these recreation activities, elk moved to areas where they were less likely to encounter recreationists.  Elk stayed hidden from human view as part of their avoidance behavior.  Extensive forest thinning increased the field of view and, therefore, the distances elk maintained from recreationists.  Increased movement and flight added energetic costs and decreased foraging times which can effect animal health and diminish their ability to reproduce.

A variety of research has demonstrated this phenomena and the need to provide security areas for elk on public lands to ensure reasonable elk survival and hunting opportunity.  A security area, according to the best available literature, is any area that will hold elk during periods of stress – no matter how temporary – because of geography, topography, vegetation, or a combination of those features.  Hills et al. (1991) recommended elk security areas should be a nonlinear block of hiding cover greater than 250 acres in size and greater than ½ mile from any open road.  Collectively these blocks must equal 30% of the analysis unit.  Recent research by Ranglack et al. (2017) recommended even larger security areas on public lands with high hunting pressure if the goal was to maintain or increase elk populations and hunter opportunity.  Their recommendations include managing for areas with ≥13% canopy cover that are ≥0.57 mi from motorized routes, and identifying and managing for areas of high nutritional resources within these areas to create security areas on public lands during archery season. During the rifle season, they recommend managing for areas with ≥9% canopy cover that are ≥0.31 mi from motorized routes, and are ≥5,000 ac. Lastly, given increased elk avoidance of motorized routes with higher hunter effort, they recommend that to maintain elk on public lands, managers consider increasing the amount of security in areas that receive high hunter effort, or hunting seasons that limit hunter effort in areas of high motorized route densities.

Several studies have confirmed that human disturbance causes elevated heart rates in elk, resulting in increased energy expenditure (Ward and Cupal 1979, Lieb 1981, Chabot 1991). Human disturbances on big game winter range from recreation, including hiking, snowshoeing, snow/fat biking, skiing and snowmobiling, causes changes in elk behavior by causing them to flee and altering their feeding, resting and travel patterns. When an elk is disturbed, it foregoes foraging in favor of hiding until the disturbance has ended. Elk that are disturbed frequently will waste much needed energy resources and lose critical foraging time, resulting in lower food intake and higher energy expenditure (Naylor et al 2009). Elk that are disturbed repeatedly can be displaced into areas of lower quality habitat (Cassirer et al 1992) or adjacent private lands.