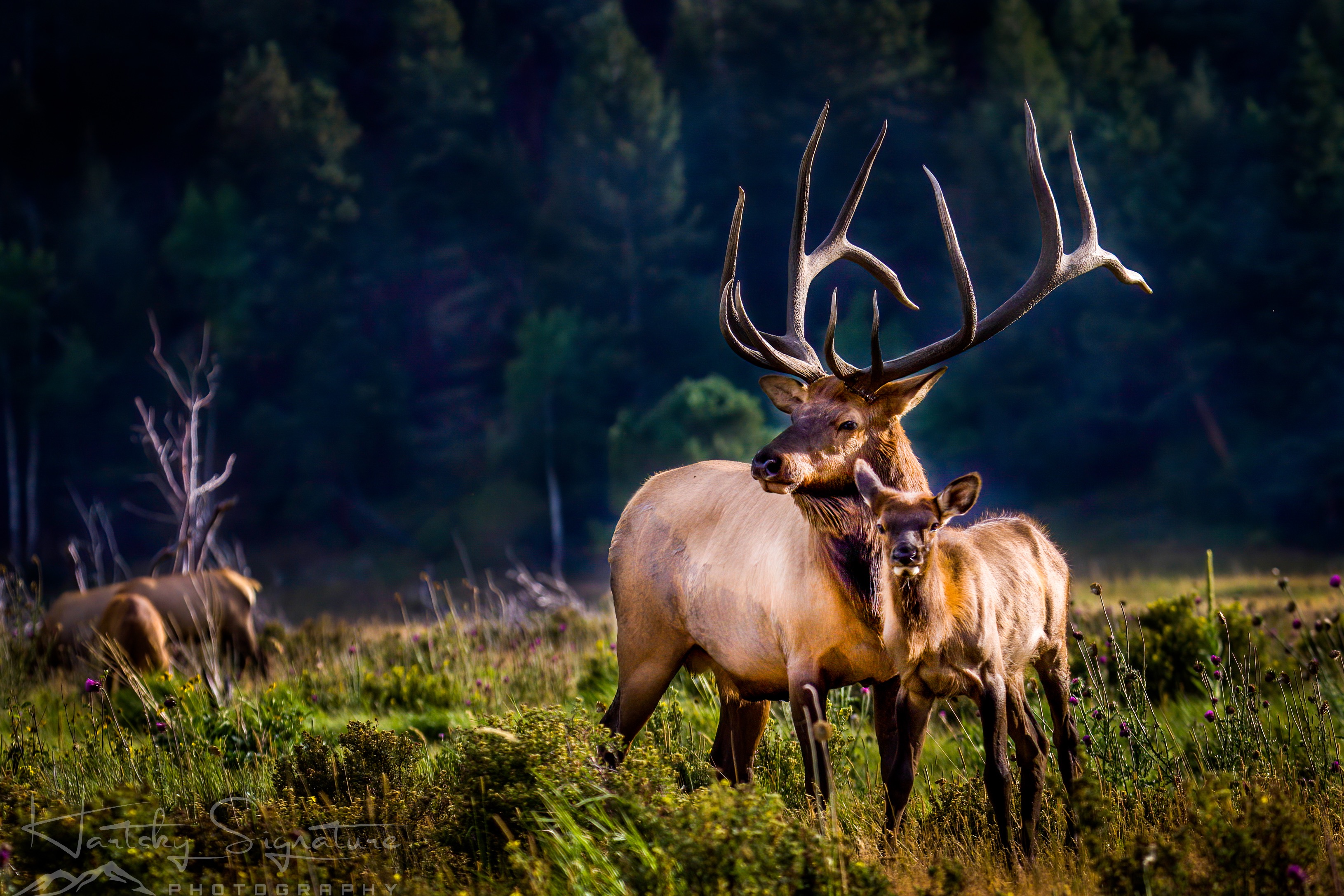 This article first appeared in the Summer 2021 issue of Backcountry Journal. Join BHA to get 4 issues a year right in your mailbox.

Never before have BHA chapters been so engaged at state and provincial legislatures throughout North America. While the volume and range of bills we’ve engaged on has increased dramatically, our focus has remained on advancing policy that expands public access and opportunity and on supporting measures that further the conservation of fish and wildlife habitat.

As we celebrated one of the most substantial wins for conservation and public land access that we’ve seen in decades with the passage of the Great American Outdoors Act last summer, state legislators set on turning our public wildlife into a private commodity were busy sharpening their pencils and sketching out an onslaught of bills that all shared one troubling theme: allocation of wildlife and public hunting opportunity based on private land ownership and/or status as a licensed outfitter. While we have seen many different iterations of these bills, they generally break down as follows:

BHA chapters acted in force to defend against these attacks on one of our core beliefs: that the equitable opportunity to hunt and fish should not be determined by size of your bank account, who you know or how much land you own – and that it is our responsibility to uphold this core tenet of the public trust and the North American Model of Wildlife Conservation.

Outfitter set aside tags: a set number or percentage of tags set aside from the public draw to be used exclusively by outfitted hunters.

BHA chapters acted in force to defend against these attacks on one of our core beliefs: that the equitable opportunity to hunt and fish should not be determined by size of your bank account, who you know or how much land you own – and that it is our responsibility to uphold this core tenet of the public trust and the North American Model of Wildlife Conservation.

Those in favor of privatized tag allocations argue we ought to be rewarding private landowners who provide valuable – and appreciated – fish and wildlife habitat. There is little debate that we should develop and provide financial systems to support the conservation of private lands – but the pressing question we’re faced with now is how? And should this responsibility fall solely on the backs of hunters? What are the long-term costs of a privatized tag allocation system? Should we instead focus our efforts on incentivizing public access? We must not forget that wildlife are a public resource regardless of whether they reside on public or private land.

Take, for example, the system which has taken root here in Colorado: In some trophy elk units, a Colorado resident DIY hunter must wait nine-plus years to acquire an archery tag through the public draw; meanwhile, a well-connected and well-heeled hunter from out of state can come hunt public lands in that same trophy unit EVERY YEAR … for a price ($10,000-plus could be expected for the tag). Setting aside the disparity between resident and nonresident tags and prices (which exist for good reason), the question is: are we okay allocating hunting opportunity in this way? Or, is there a better, more equitable system?

Here’s just a few highlights of how BHA’s volunteer-driven chapters have worked for fair and equal tag allocations:

Perhaps more so than any other state, New Mexico’s previously implemented policies have led to widespread privatization of wildlife and public opportunity. This past legislative session, the New Mexico BHA chapter, the New Mexico Wildlife Federation and other groups coordinated closely on legislation (SB 312), which included a suite of much-needed policy reforms aimed at fixing a system that allocates a substantial portion of elk and other big game tags based on private land ownership or commercial outfitter status.
New Mexico has the most liberal “private land” tag system in the West, as well as the highest percentage of tags allocated to outfitter clients (10 percent). Transferable landowner tags are commonly marketed by landowners and outfitters as a way to bypass the public draw and “get your guaranteed trophy tag” for prices ranging from $5,000 to $25,000 or more.
The outfitter subsidy reduces both resident and nonresident DIY opportunity. In a state that ranks 49th in average household income in the nation, this system lets those with the economic means cut in line each year, while limiting New Mexico residents from hunting big game each year. While the needed legislative fix via SB 312 unfortunately failed this year, the chapter has been effectively working to fix this issue in other ways and remains committed to advancing policies that provide the DIY and public land hunter with more opportunity. As New Mexico BHA Policy Advisor Joel Gay put it: “For years our big game tag allocation system has failed the average New Mexico hunter and reduced nonresidents’ ability to hunt here. While this legislative session was disappointing, it was a start. The sportsmen and women of New Mexico will continue fighting for a more equitable system that no longer privatizes hunting opportunity.”

Nowhere has the fight over future public hunting opportunity been more pronounced this year than in Helena, Montana. A range of bills put forth by legislators (HB 417, HB 505, HB 241 and SB 143) has continued to threaten Montana’s longstanding legacy of offering unparalleled public hunting opportunities for DIY hunters, both residents and non-residents alike. Throughout the legislative session, more than 20,000 letters were delivered to legislators by hunters through BHA’s action center. Phone calls were made and testimony was provided by the Montana chapter and its members to make sure our message was crystal clear: We will not allow for the privatization and commercialization of our wildlife.

Montana chapter leaders, North American board members, corporate partners and friends of BHA, like Randy Newberg, continue to join forces to send a strong and unified message in defense of our public hunting heritage. “This bill … [is] going to create quite a few losers.” Randy Newberg said while testifying against HB 505. “This will reward a small handful of carefully selected winners.”

Previously introduced legislation aimed at creating a mechanism for landowners to sell deer permits on the open market surfaced once again in February as HB 2331. Powerfully stated in a letter from Kansas Parks & Wildlife in opposition to this proposed transferable tag system: “The provisions of this bill could potentially undermine much of what makes Kansas deer hunting so attractive and would likely further erode resident hunter opportunities. As history demonstrated when transferrable deer permits were allowed in 1999, this method of permit distribution is both unwieldy and unpopular and, therefore, unwise.”

A failed attempt at a transferable tag system was axed by the state legislature in 2007, though many remain intent on pushing such a policy through. The Kansas BHA chapter joined Kansas Parks & Wildlife, the National Deer Alliance and others in sending a clear message where hunters stand on this issue, effectively killing the bill in committee. As Kansas BHA Chair Kurt Ratzlaff put it, “This bill was an attempt to push through a system that had already failed in the past. It was a thinly veiled attempt by a few people to make themselves a pile of money off the current fantastic Kansas deer population that is the result of hard work and support of many individuals, farmers, hunters, KDWPT and conservation groups.”

Further east, the Illinois BHA chapter has been busy working to stop a bill (SB 2012) that threatens equitable access to tags by creating set aside turkey permits for outfitters. Those who wish to hunt with an outfitter can already do so through the public draw, making this legislation both unnecessary and unpopular. As Illinois chapter board member Brandon Tate put it, “This bill both removes hunter opportunity and subsidizes outfitters by guaranteeing a portion of tags will be used through them. Wildlife privatization leads to less public access, and in turn, less people to care for and defend these resources, all of which is why the Illinois chapter has taken a firm stance in opposition to this bill.”

Hundreds of hunters joined the Illinois chapter in asking legislators that turkey hunting opportunities stay the way they are now. At the time of this writing, the bill had almost made it through the full Illinois state senate, on its way to the state house.

The history of managing fish and wildlife in an egalitarian manner under the North American Model of Wildlife Conservation and the Public Trust Doctrine is relatively short and constantly evolving, informed by the conversations and policy debates BHA leaders are helping shape from Illinois to New Mexico. Without BHA and our members at the table, this debate will be dominated by an increasingly organized and well-funded group of private interests who stand to profit off systems where hunting opportunities are allocated based on the size of one’s bank account, land ownership or outfitting status. We’re committed to making sure that doesn’t happen.

As Shane Mahoney warned in a cautionary article about the future of the North American Model of Wildlife Conservation in a 2010 issue of the The Wildlife Society’s Wildlife Professional, “The challenge is to curb these emergent (privatization and commercialization) practices while providing alternative incentives that will encourage private landowners to practice sound conservation.” Whether private land wildlife conservation incentives be provided through state/federal conservation easement programs, legislation like the Recovering America’s Wildlife Act, the farm bill, dedicated state sales taxes (see Missouri and Minnesota) or a new revenue model, there’s little debate amongst hunters and anglers that such funding programs are important and should be supported. But privatizing hunting opportunity is not and cannot be the answer.

Tim Brass is BHA’s state policy & field operations director and lives in Longmont, Colorado, with his wife Megan and their 5-year-old daughter, Linden.