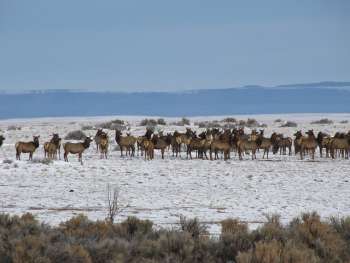 Backcountry Hunters & Anglers has members in all 50 states and is committed to protecting wild public lands, water and wildlife. Stripping the Antiquities Act of its historical authority to safeguard special public lands, means less opportunity for hunters and anglers. BHA supports boots-on-the-ground knowledge of local places, conservation of critical wildlife habitat and the ability of citizens to educate our elected officials on the importance of these lands and waters.

The Antiquities Act was passed in 1906 by Republican Congressman John Lacey. Lacey was an avid sportsman known for passing bedrock conservation laws that made the restoration of wildlife in America possible. Without the foresight and action of Congressman Lacey, the average sportsman in America, like those who are members of BHA, would not enjoy the abundant outdoor opportunities we have today.

As hunters and anglers who use our public land and water, we support the Antiquities Act as it currently stands. It has proven itself, over time, to be good for sportsmen and the land, water and wildlife they treasure.

As Americans, we are blessed with a unique system of wildlife and public land conservation that has led to the world’s best hunting and fishing available to the average citizen. In America you don’t have to be wealthy to enjoy the incredible bounty of the great outdoors. Our national forests, national wildlife refuges, Bureau of Land Management lands, and national parks are an American birthright that is the envy of sportsmen the world over.

H.R. 1459 disregards the fact that our nation’s first and most ardent supporters of land and water protection were hunters and anglers. Any dilution of that Act is simply unacceptable. We ask that you oppose H.R. 1459.

Contact your Congressman and tell them to uphold the long tradition of protecting public lands with the Antiquities Act.