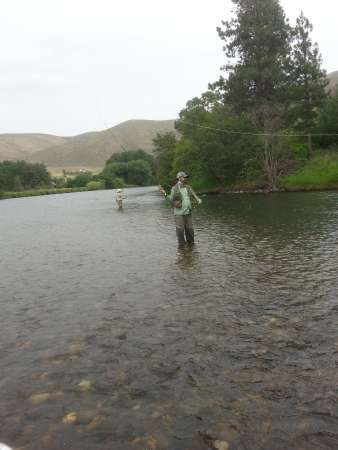 Since in the 1980’s Montana has been the “gold standard” in terms of protecting its citizen’s rights to recreational access of the waterways within its borders. In 1984 The Montana Supreme Court held that the streambed of any river or stream that allows for recreational use can be accessed by the public, from public land, regardless of whether the waterway is “navigable” or who owns the adjacent streambed property. The Montana Stream Access Law gives the public rights to access streams and rivers for recreational purposes, up to the ordinary high-water mark. The law does not allow access through posted lands bordering those streams or to cross private lands to gain access to streams.

No such stream access is available in many states. For example, in Wyoming boaters cannot even drop anchor in a river flowing through private land without being in trespass. Article IX, section 3 of the 1972 Montana Constitution gave the ownership of the state’s waterways to its citizens. It goes without saying that this law that must be protected from those individuals who would like to reverse our State Constitution to privatize Montana steams. This law protects access rights not only to current Montana citizens, but to future generations.

Montanan’s rights to stream access were recently reinforced in a 5-2 decision handed down by the Montana Supreme Court. In this case, James Cox Kennedy, CEO of the Atlanta-based media company Cox Enterprises, and wealthy Ruby River landowner, closed public bridges leading to his property that were also important public access sites. Kennedy claimed the road right of way was only for road maintenance and not for public access. These rights of way are often the only available point for sportsmen to access Montana streams and must be protected.

Initially a lower court in Madison County supported Kennedy, but the Public Land/ Water Access Association (PLWA) continued to fight on behalf of the Montana citizen and appealed. The case was heard by the Montana Supreme Court, and the ruled that that a right of way was indeed a legitimate place for the public to access public waters. Writing for the majority, Justice Michael Wheat ruled that all Montanans have the right to use a public road plus the surrounding right of way, regardless of how the road was established. Therefore, Kennedy must remove the barriers he had erected.

“It was about everything we could have hoped for. The idea that recreational use can qualify a road for a prescriptive easement is very important to us,” said PLWA president John Gibson. “We all won this one. Everyone that fishes or floats or enjoys the streams - it's a great victory for the public trust.”

Based on the importance of stream access to Montana hunters and fishermen, the Montana chapters of Backcountry Hunters & Anglers recently made a $250 donation to PLWA to help toward expenses incurred in this case.

BHA is committed to defending your right to access public lands and waters.  Get involved, join BHA here.