For over twenty years, I have had the privilege of hunting, hiking, climbing, fishing and floating Colorado’s vast expanse of public lands and waters, including some 8.3 million acres managed by the Bureau of Land Management (BLM). Nationwide the BLM manages more than 245 million acres of public land, the most of any Federal agency. This land is primarily located in 12 Western states, including Alaska. Over 64 million Americans—more than 1 in 6—live within 100 miles of public lands managed by BLM. 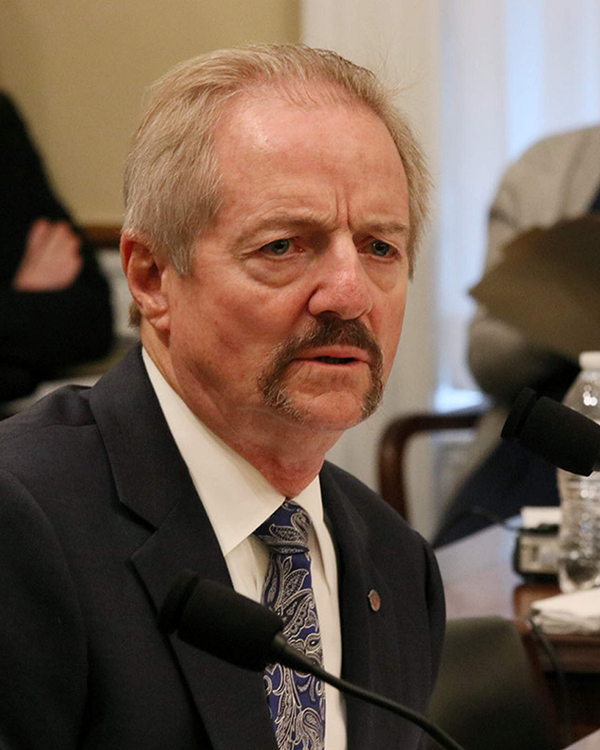 Unfortunately, the Trump administration is putting our BLM public lands at risk. During July 2019, Interior Secretary David Bernhardt signed an order naming William Perry Pendley—a lawyer with a long history of opposition to public lands—acting director of the Bureau of Land Management. This order puts him at the top of the agency, but without a Senate confirmation process.

Pendley is the former president and founder of the pro-development law firm Mountain States Legal Foundation. He has ties to a number of notorious anti-public land groups, including the American Lands Council. Pendley argued in a 2016 National Review article that the “Founding Fathers intended all lands owned by the federal government to be sold.”

“William Pendley has made a name for himself by relentlessly and brazenly attacking our American system of public lands and waters and advocating for the sale of this priceless American legacy,” said Land Tawney, Backcountry Hunters & Anglers (BHA) President and CEO. “Mr. Pendley is not someone who should be entrusted with the management of our public estate. The fox has taken control of the hen house, and he is poised to systematically dismantle the very resources he is charged with overseeing.”

U.S. Senator Michael Bennet (D-Colo.) also criticized the appointment. “The BLM is an important partner managing millions of acres of public lands in our state, including places like Browns Canyon National Monument,” he said. “Handing the reins of the agency over to someone who, over the course of their career, has advocated for the widespread sale of public lands is a slap in the face to all Americans.” Similarly, U.S. Sen. Jon Tester, D-Montana, issued a statement calling Pendley’s BLM leadership “a grave threat to the future of public lands.”

The reported rationale for this move was to get decision-makers closer to the people they serve—even though 97% of BLM’s 9,000 employees currently live and work in Western states and even though the vast majority of the decision-making authority is delegated to the leadership in those states.

“New Bureau of Land Management head William Perry Pendley is fooling no one … Earlier generations warned us to be on the lookout. They saw robber barons ruin our rivers and poison our politics,” said Ryan Busse, a Montanan and chair of the North American Board of BHA. “The Trump administration’s decision to install Mr. Pendley, an unabashed advocate for the sale of our public lands, as the leader of our largest public land management agency is a grave threat that deserves our attention.”

Pendley and Bernhardt know the vast majority of Americans support keeping public lands in public hands and oppose their anti-public lands ideology, so they’re executing a disingenuous backup plan: dismantling the BLM’s headquarters in Washington, D.C. Although Colorado will gain some 27 BLM jobs (in Grand Junction) from this relocation of our public servants, both the BLM and our nation’s great public lands heritage will suffer as a result. 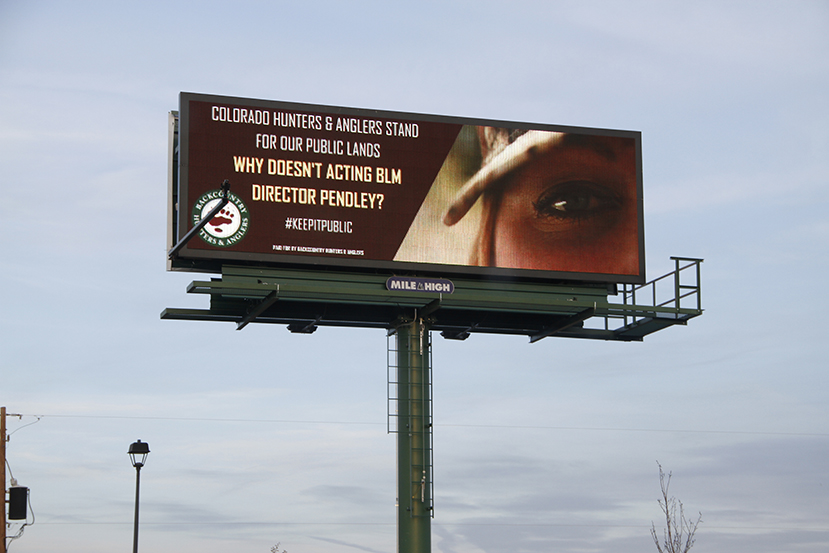 The reported rationale for this move was to get decision-makers closer to the people they serve—even though 97% of BLM’s 9,000 employees currently live and work in Western states and even though the vast majority of the decision-making authority is delegated to the leadership in those states.

Many BLM employees are being offered lower-level jobs and lower pay, according to The Washington Post, “…confirming suspicions that the real purpose is to drive experts out of government and thereby shrink the agency.” “There’s a quiet, almost covert, effort to dismantle the public lands management infrastructure,” said Jim Lyons, a former Deputy Assistant Secretary for Land and Minerals Management at the Interior Department. “It’s very effective. I call it evil genius.”

Former Trump adviser Steve Bannon coined the term “deconstruction of the administrative state,” to describe efforts to take power away from the federal government and allow business a freer hand in development. Nowhere is that policy being carried out more systematically than in the Trump administration’s actions on public lands, where the businesses seeking that freer hand are primarily the oil and gas extraction, logging and mining industries. According to a study in the journal Science, the Trump administration is responsible for the largest reduction of protected public lands in history.

In lockstep with Bannon’s anti-public lands creed, Pendley’s ultimate goal appears directed towards crippling and dismantling the BLM’s leadership expertise and driving career staff to quit their jobs, which is what the Trump administration did with several Department of Agriculture agencies. Mandatory reassignments resulted in some 250 Ag. Dept. employees quitting. Unfortunately, there are many more appointees like Pendley serving Trump and they’re intent on hamstringing our public lands management agencies.

However, Mr. Pendley and the Trump administration have made it clear that they plan to do everything in their power to turn America’s great public lands estate over to industry and cripple the agencies that manage it for all Americans.

What none of these Trump agency heads seem to understand is that today the No. 1 threat to the future of hunting and fishing is loss of access to quality habitat. America’s public lands are critical if we are to maintain our hunting and fishing traditions and freedoms. However, Mr. Pendley and the Trump administration have made it clear that they plan to do everything in their power to turn America’s great public lands estate over to industry and cripple the agencies that manage it for all Americans.

Some of the BLM’s displaced employees will be moving to Colorado. They reportedly had 30 days from receiving notice to decide whether to accept the reassignments and 90 days after that to report to their new locations. “While I understand the allure of more jobs moving to Colorado, our elected officials should be looking well beyond bringing several dozen jobs to Colorado,” said Ann J. Morgan, who served as the Colorado state director for the BLM from 1997 to 2002.

“They should look at how to support the critical role our nation’s public lands play in providing wildlife habitat, clean water, outstanding recreational opportunities, quality of life for local communities.” Morgan added. “The reorganization is detrimental to the agency’s ability to properly manage our public lands, and by extension, it’s harmful to Colorado.”

Colorado’s public lands managed by the Bureau of Land Management are home to some of the nation’s largest migratory deer and elk herds. These lands, marked generally by low-lying canyons and dry hills, also sustain a greater abundance of big-game species important to hunters. Colorado hunters and anglers back our BLM (and other) public lands and public servants. Why doesn’t acting BLM Director Pendley?

Contact your senators and voice your fierce opposition to Pendley’s ascension to head of the BLM.

About David Lien
share on
See other posts related to the campfire Colorado Issues
Get the latest news and stories, right to your inbox.
Search
Local Chapters