Colorado Elk Hunting: Showing Up (Physically Fit) Is Half The Battle (& The Easy Half)

One of my most valuable introductions to the rigors of elk hunting in Colorado’s high and wild San Juan Mountains was climbing fifty-five of our state’s fourteen-thousand-foot peaks (14ers) between Aug. 14, 1999, and Aug. 17, 2003.[1] As I would later discover, in most elk country the term is climbing rather than hiking.

Although I only encountered a handful of elk on these fourteener trails and routes, I learned a lot about the effort required to traverse remote, high-mountain terrain, not to mention encountering lots of mountains goats, bighorn sheep, ptarmigan and a few wily wapiti. Native Americans were the original Colorado mountaineers (and elk hunters).

Researchers have found 11,000-year-old chipped stone points high on some peaks, while cliff dwellings like those at Mesa Verde testify to ancient peoples’ skill on precipitous terrain. Utes and Arapahoes created numerous trails across high mountain passes, later used by European trappers and explorers, and Native Americans may have built shelters for lookouts on some peaks.[2]

Climbers making the first recorded ascent of Blanca Peak (14,345 ft.) in the Sangre de Cristo Range found a circular excavation that appeared to have been made by Native Americans.[3] These first Colorado natives were innately motivated to hunt, for survival, whereas modern hunters may not even “show up,” and as someone once said, “Showing up is half the battle.” 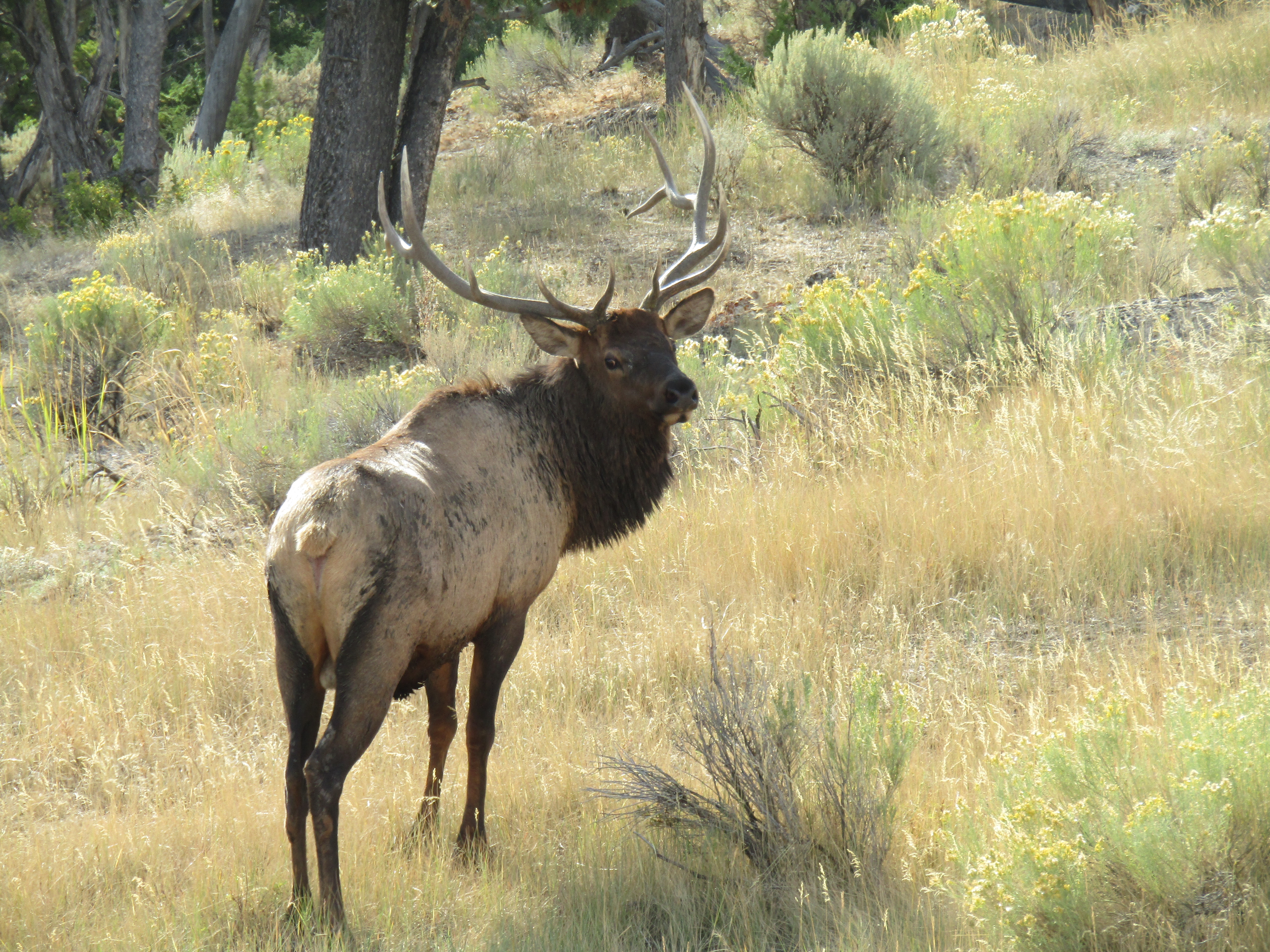 In relation to elk hunting, if you are not physically fit you’re not even showing up, and that’s the easy part. “When you look for elk, remember one very basic factor: You’re essentially looking for a band of animals in a vast chunk of land, usually mountains, and usually heavily timbered,” Jim Zumbo explained in Hunt Elk. “Elk aren’t like deer in that they’re scattered around the forest. There will be lone elk or small groups, but most will be in herds. If you don’t put plenty of ground under your feet, you’ll be blissfully ignorant.”[4]

“Bull elk are big, tough, wild and experts at putting and keeping distance between their hides and your projectiles,” Ron Spomer (American Hunter field editor) adds. “When a sudden influx of vehicles on the normally lonely Forest Service roads combines with the scent of campfire smoke on the air and a sudden and huge increase in bugling bulls (all calling from the roadway), a veteran bull gets quiet or lost.”[5]

Andy Holland, a big-game manager for Colorado Parks and Wildlife, points out that hunters are not the only human source of pressure. ATV riders, hikers, mountain bikers, trail runners and others place pressure on elk too. Pleasant weather in the early fall invites more and more outdoor lovers into elk habitat.[6] Elk avoid humans in areas with consistent hunting and other pressure.[7]

When you combine that behavior with studies that show most hunters rarely venture more than a mile or two from roads or trails, you can see where to begin searching for elk. If you’re in elk shape (as you need to be in rough country), hiking two to three miles away from the trailhead is doable, if not necessary. 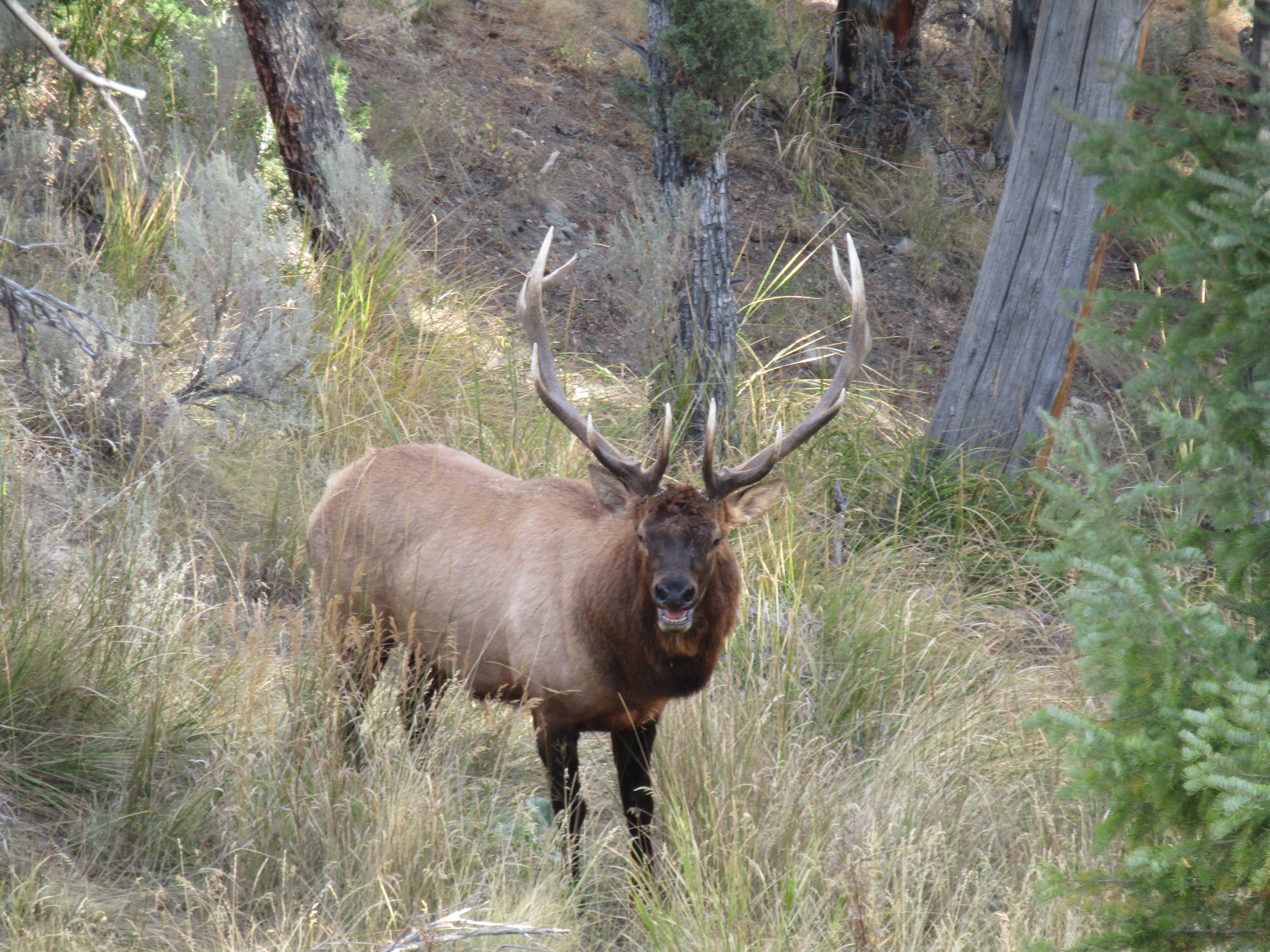 “Across most mountainous elk range you’re looking for thickly timbered, mid- to high-altitude, north-facing mountain slopes with benches of mixed aspen … and conifer, well-watered and interspersed with secluded grassy parks (because except in winter, elk are primarily grazers),” explains Colorado Backcountry Hunters & Anglers founder, David Petersen, in A Man Made of Elk. “Higher up, forbs-rich avalanche chutes between subalpine spruce-fir stringers just below timberline are morning and evening elk magnets …”[8]

Former Backcountry Hunters & Anglers North American Board Chair, Ryan Busse, shared some elk hunting tips after taking his 12th six-point bull (in October 2019): Use the wind. They never distrust their nose; Hunt them where they are. Not where you want them to be; Use your sight advantage. See them before they see you; Don’t screw up your opportunities. When they go, they can go miles.

“Elk have no set patterns. They move a great deal, even when they are not hunted. Be satisfied when you find areas that show recent elk activity, and concentrate your efforts there,” says Jim Zumbo. “And when elk season opens and animals are disturbed, you need to start from square one. They’re unpredictable and can go anywhere, perhaps miles away to a completely new area where hunting pressure is absent or minimized.”[9]

“Each year I talk to dozens of hunters who didn’t see an elk during the entire season, and those hunters were in places where elk are fairly common,” Zumbo adds. “The country is big and heavily forested, and unless you have some workable strategies you might be hard-pressed to stumble onto an elk.”[10] I have, unfortunately, found myself on the “didn’t see an elk” end of more than one hunting season over the years.

However, so have many far more accomplished elk hunters, like Randy Newberg (of Fresh Tracks and On Your Own Adventures on the Outdoor and Sportsman channels). “I live in a great place for elk and hunted my first six years without firing a gun at an elk,” Randy said. “I was just being lazy and not investing the time to understand what elk were doing when I was hunting them … I was failing for a reason. When I quit looking for shortcuts, it suddenly seemed like elk were everywhere.”[11]

Like Mr. Newberg, it took me multiple seasons of scouting, hiking, climbing, sitting, freezing, huffing and puffing to put my first elk in the freezer, with some help from David Petersen. Unlike Randy Newberg and Mr. Petersen, I still manage to get skunked without ever seeing an elk. Although I’ve put a few bulls in the freezer over the years, I’m by no means a proficient elk hunter.

However, I do consistently get in shape and “show up,” so when the stars align and I’m in the right place at the right time, I’m also alert and not too exhausted to shoot straight. Altitude is the great equalizer. If you aren’t physically prepared and in mountaineering shape for elk hunting, your chance for a shot opportunity falls precipitously. Nothing kills your chances of killing a bull like physically not being able to get to one.

All that said, whether you see elk everywhere or nowhere, always remember that there is no experience like wandering the mountains in September or October, among elk pastures and aspens, on ridgetops and creek bottoms, in search of the elusive and magnificent wapiti. Jim Zumbo gets the last word: “You can’t kill an elk unless you’re out where the elk live. That’s my best piece of advice. Remember it.”[12]

David Lien is a former Air Force officer and co-chairman of the Colorado Backcountry Hunters & Anglers. He’s the author of “Hunting for Experience: Tales of Hunting & Habitat Conservation” and during 2014 was recognized by Field & Stream as a “Hero of Conservation.”[13]