The Colorado chapter of Backcountry Hunters & Anglers (BHA) held their 4th Annual Wild Game Cook-off at Großen Bart Brewery in Longmont on Saturday, May 5. George Robinson, the chapter’s Northeast Colorado Assistant Regional Director, organized the cook-off, and the turnout is a testament the hard work of the team he put together to help make this an incredible event!

“What made this year shine was the variety of species: elk, mule deer, whitetail, antelope, black bear, duck, goose, grouse, pheasant and jackrabbit,” George said. “We had 15 new/renewed memberships, grossed over $1800, with 60+ people attending. In the membership drawing, we gave away a YETI Hopper 20, a BHA merch package, and a RepYourWater package.”

“Our Habitat Watch Volunteer program coordinator, Don Holmstrom, stole the show with his Mayan Coffee Rubbed Smoked Mallards, sealing his fate as the 2018 Wild Game Cookoff winner,” George added. “Don also managed to make off with the guided trip with BHA member, George Gumerman, from/on behalf of Front Range Anglers in the silent auction. Thanks to all that attended, and congratulations to Don!” 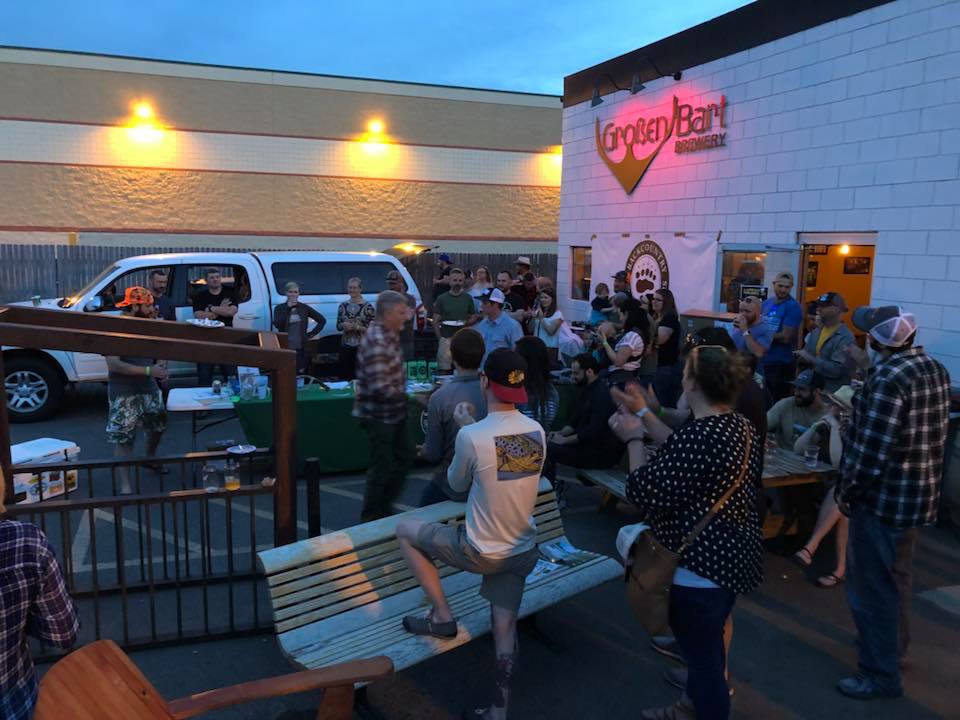 Chapter chairman, David Lien (a U.S. Air Force veteran) said: “These events don’t happen by themselves. We owe the ongoing success of the Colorado BHA Wild Game Cook-off to the  selfless dedication of chapter leaders, like George, and the many other Colorado BHA members who helped him organize this event—not to mention everyone who attended and contributed hard-earned wild game from their freezers!” And Tim Brass, BHA’s national State Policy Director, may have summed up the event best: “Great folks, great meat and great beer at the 4th annual wild game cook-off at Großen Bart Brewery.”

On April 14, at BHA’s North American Rendezvous in Boise, teams from across the country faced-off in a similar wild game cook-off. National BHA board member, T. Edward Nickens (editor at large for Field & Stream), wrote about it in a recent (5/9/18) Field & Stream story: “Sheep Balls, Barnacles, and a Whole Lot of Backstrap: Welcome to the Country’s Greatest Wild Game Cookoff: At the Backcountry Hunters and Anglers annual Rendezvous, teams competed for field-to-table bragging rights.”

Another National BHA board member, Ryan Callaghan (director of public relations for the hunting apparel company, First Lite), recently shared some of his insights on cooking wild game in: “The Tough Cuts-Shank Recipe.” Both in Colorado and nationwide, BHA members are sharing the fruits of their backcountry (hunting and angling) labors at wild game cookoffs and other events. Upcoming events in Colorado (Join Us!) include:

-The 10th Annual Colorado BHA Chapter Rendezvous will be on June 1-3 at the Lakeview campground in the Pike-San Isabel National Forest (about 29 miles north of Buena Vista) in the vicinity of the Twin Lakes Reservoir. We’ve reserved campsites C1-C8 (an entire loop of the campground), which can accommodate some 64 people and 16 cars/RVs. Please contact chapter chair, David Lien ([email protected]) if you plan to attend. For additional information see: 2018 Colorado Chapter Rendezvous.

Founded by a former U.S. Army field artillery officer, Mike Beagle, and formed around an Oregon campfire, in 2004, BHA is the sportsmen’s voice for our nation’s wild public lands, waters and wildlife. With over 20,000 members spread out across all 50 states and Canada—including chapters representing 39 states and Washington, D.C., and two international chapters, in Alberta and British Columbia—BHA brings an authentic, informed, boots-on-the-ground voice to the conservation of public lands. Since the Colorado BHA chapter was founded by David Petersen (a U.S. Marine Corps veteran) in 2005 (the first official BHA chapter), they’ve grown their boots-on-the-ground presence to over 1,300 dedicated hunters and anglers.

share on
See other posts related to Colorado BHA Colorado News colorado events
Get the latest news and stories, right to your inbox.
Search
Local Chapters