During September (Public Lands Month), Backcountry Hunters & Anglers members across Colorado and the country united and put boots-on-the-ground to help celebrate and safeguard our great public lands estate. Colorado BHA was in the forefront of such activities, holding seven public lands workdays, Pint Nights and relate events during the month.

“Public Lands Month gives sportsmen and women a way to rally in support of the places and opportunities central to our outdoor traditions,” said BHA President and CEO Land Tawney. “Hunting seasons are getting underway, and Backcountry Hunters & Anglers members are coming together to defend traditions unique to our North American culture.”[1] Colorado BHA Public Lands Month activities/events included: 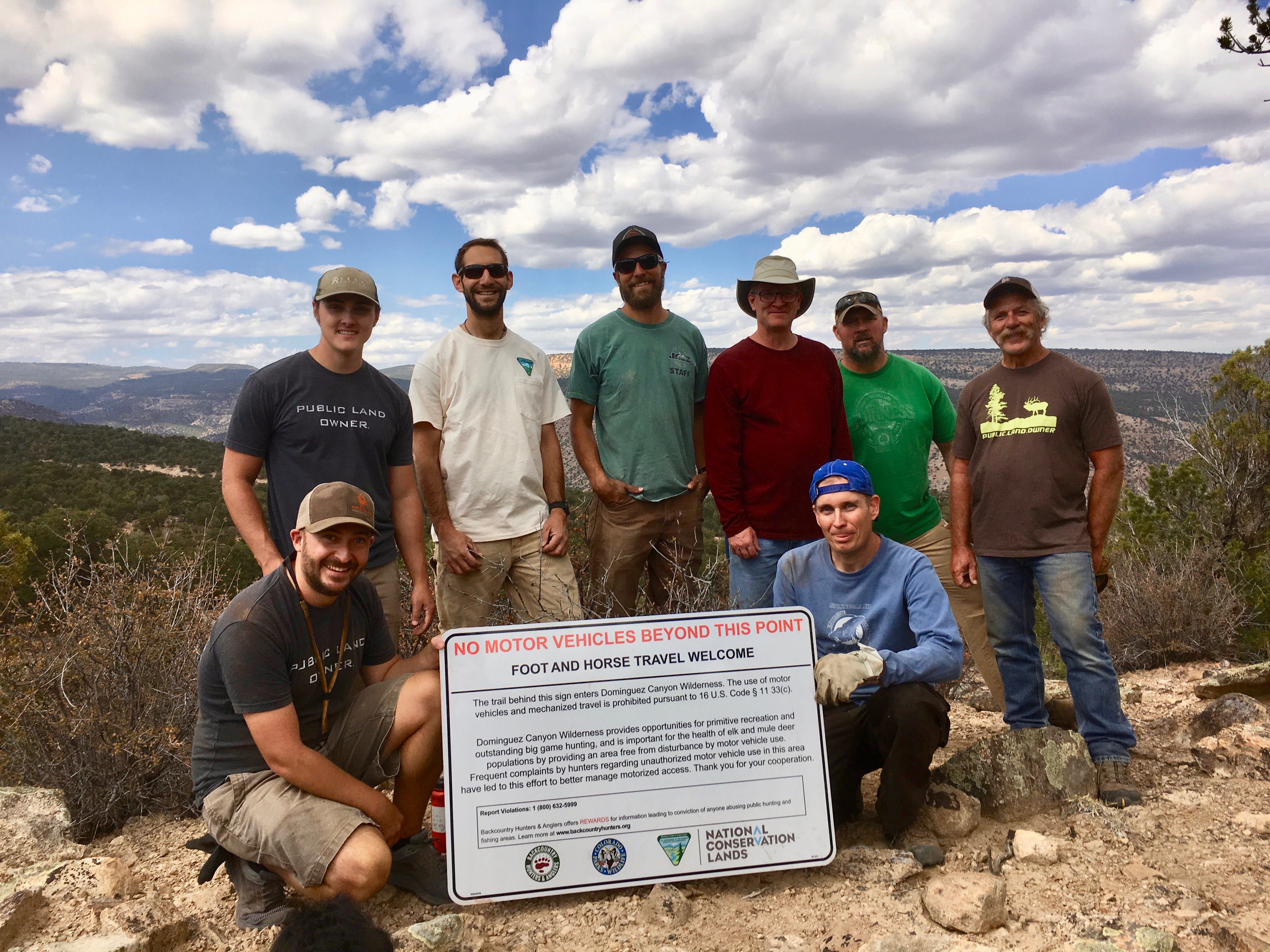 “Thank you all for volunteering your time to represent BHA,” said Colorado BHA Northern Colo. Regional Director, Kylie Schumacher. “It was great meeting all of you and putting faces to names. Over the course of the two days at Elk Fest BHA raised $1,758 and sold 17 memberships.”

“To celebrate National Public Lands Day members of the Colorado chapter partnered with the BLM to help install a gate and signage across a road crossing into the wilderness boundary of the Dominguez Escalante National Conservation Area,” added BHA Colorado & Wyoming Chapter Coordinator, Brien Webster. “This project helped protect quality habitat for a variety of big game species and educates users. Thank you Dan Ben-Horin and the BLM’s Grand Junction Field Office for partnering with us. Thanks to our crew of BHA chapter leaders, partners and members, including Craig Grother, Lee Harrison, Brett Preston Jones and Jesse Dudley. #publiclandsday #publiclandowner.”

“Theodore Roosevelt once said, ‘Get action. Do things; be sane; don’t fritter away your time; create, act,’” BHA President and CEO Land Tawney added. “His words speak to the heart of who we are at BHA. Our members never hesitate to raise our voices and plant boots on the ground on behalf of what’s important. Roosevelt also espoused the ‘strenuous life.’ Not only will we be giving back; we also will be getting our boots dirty on the 640 million acres that belong to all of us.”[2]

“Colorado BHA is characterized and energized by take-charge, boots-on-the-ground members who embrace the strenuous life that America’s greatest hunter-conservationist, Teddy Roosevelt, lived throughout his life,” Colorado BHA chapter chair, David Lien (a former U.S. Air Force officer), said. “TR would be proud to see that the public lands estate he spent so much of his life protecting for current and future generations is in good hands here in Colorado and across the country thanks to tens of thousands of BHA members and other outdoorsmen and women.”

Founded by Mike Beagle, a former U.S. Army field artillery officer, and formed around an Oregon campfire, in 2004, BHA is the sportsmen’s voice for our nation’s wild public lands, waters and wildlife. With over 24,000 members spread out across all 50 states and 13 Canadian provinces and territories, including chapters in 39 states and two international chapters—in Alberta and British Columbia—BHA brings an authentic, informed, boots-on-the-ground voice to the conservation of public lands. Since the Colorado BHA chapter was founded by David Petersen (a former U.S. Marine Corps helicopter pilot) in 2005 (the first official BHA chapter), they’ve grown their boots-on-the-ground presence to some 1,700 dedicated hunters and anglers.[3]

for our wild public lands, waters and wildlife