Cody was born in California. He honed his early fishing skills going after corvina in the Salton Sea and channel catfish in the canals 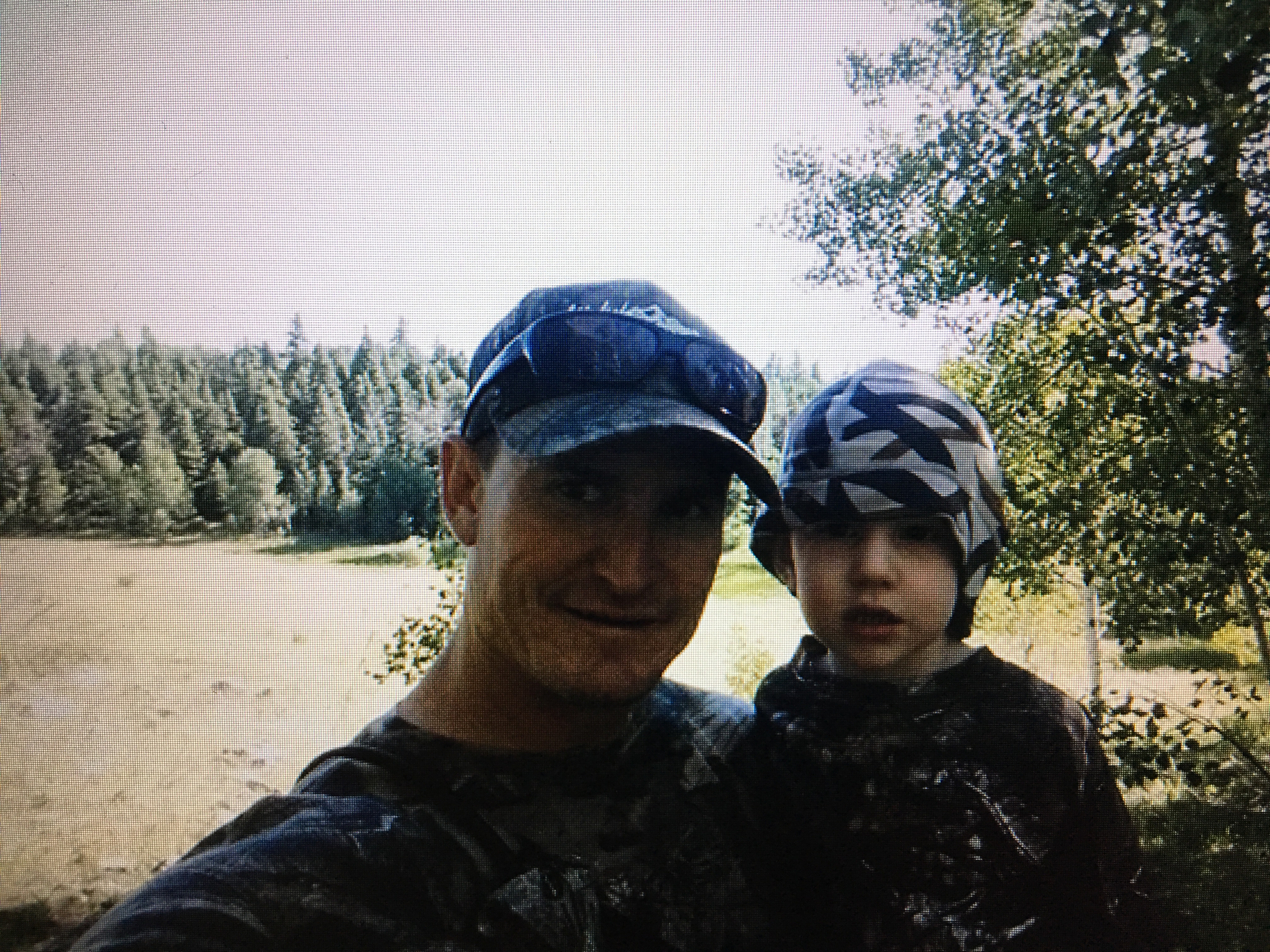 of the Imperial Valley. “This area has lots of small parcel BLM lands that are great for quail and dove hunting,” Cody said. “My dad was able to teach me all the basics here, but my love for hunting and angling began when we moved to Colorado.”

As Cody was preparing to start high school, his father—drawn to the mountains of southwest Colorado—moved the family to Dolores. After moving to Colorado, Cody adds, “The Lower Dolores River became my angling playground, and the western San Juan’s Lone Cone, Dolores Peak, Lizard Head and Bolum Pass became my backyard for hunting deer, elk, turkey and grouse.”

He attended college at Western State College in Gunnison, earning a Bachelor’s Degree in Environmental Studies and minoring in Wildlife Biology. “Since moving to Durango in 2004, I have expanded my range to include much of the Weminuche Wilderness,” he said. Cody works for the U.S. Forest Service and is on the USFS national engineering team.

Previously, he was assigned to the San Juan National Forest for ten years as an Engineering Technician. He still hunts deer, elk and turkeys, and shoots the occasional grouse for camp meals. “I spend a couple weekends each year hunting waterfowl and occasionally fly fish to get out and enjoy the wild and scenic country of our waterways,” he says.

Cody hunts big game with a bow and is teaching his young son to hunt and fish. “I started hunting waterfowl in the winter and found that it provides a great opportunity to share hunting with my son,” he said. “Local reservoirs and the San Juan River in New Mexico provide plenty of opportunity.” Cody has also organized multiple Durango area Pint Nights and helped a group of local members put together a Hunting Film Tour showing.

Jesse was born in Mount Kisco, New York, and started fly-fishing for brook trout with his dad and grandfather in the Catskill 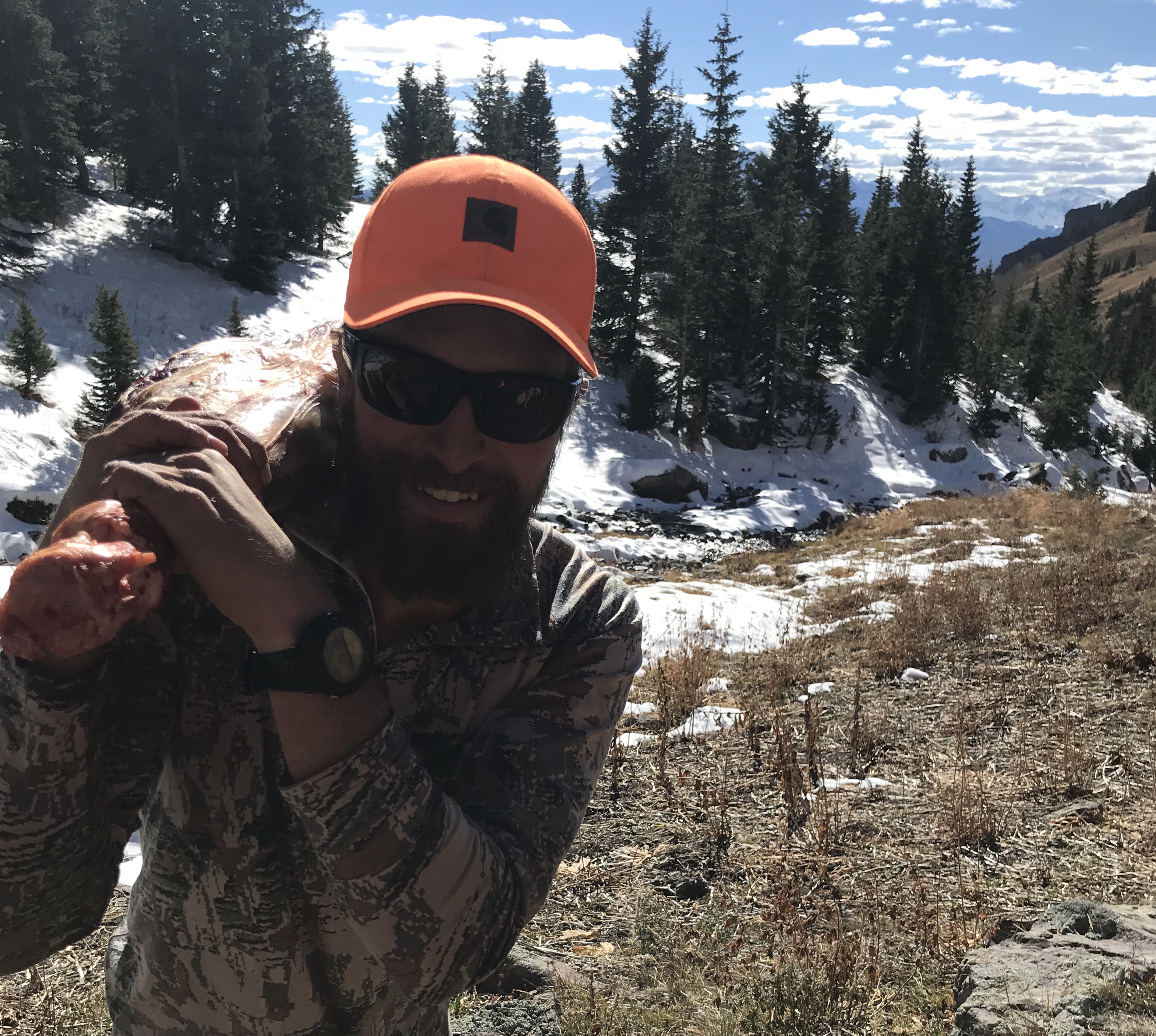 Mountains. However, he spent most of his youth in Durango, Colorado, where he fished for browns and rainbows on the Animas River in addition to bike racing and skiing. He was an Environmental Studies major at Dartmouth College in New Hampshire, graduating in 2008, before deciding to move back west.

Jesse has lived in Taos, New Mexico and Salt Lake City, Utah, and has worked as a solar installer, ski patroller, carpenter and fly-fishing guide. He currently lives in Norwood, Colorado, with his wife, Hannah, working as a wildland firefighter for the BLM. Hannah co-owns and operates Blue Grouse Bread, an artisan wholesale “organic bread bakery in Norwood … supplying hearth baked breads to the Western slope.”[1]

Jesse hunts elk, turkey, grouse, deer and pronghorn, and fishes for trout in the San Miguel, Dolores and Gunnison rivers and tributaries. When he first tried bowhunting for elk, Jesse was instantly addicted. “It seemed I had finally found a pursuit that brought all of my interests under one roof: tasty local food, interaction with nature, backcountry travel and, of course, a little bit of suffering,” he said. “Hunting immersed me in the natural world … I began to have a much more holistic view of the ecosystems in my backyard and wildlife that calls it home.”

Becoming a hunter also infused Jesse with a passion for cooking, and the contents of his freezer are now his proudest possessions. He also enjoys mushroom hunting, backcountry and Nordic skiing, rafting and mountain biking. Jesse joined BHA after hearing about us on a Steven Rinella Meateater Podcast. He has helped organize two Pint Nights, in Telluride and Norwood.

“Cody and Jesse are cut from the same bolt of cloth as America’s greatest hunter-conservationist, Theodore Roosevelt,” said chapter co-chair, David Lien (a former U.S. Air Force officer). “They know, like TR did, that, ‘Those of us privileged to take to the field are entrusted by fate and circumstance to hold and nurture the hunter’s legacy.’ We’re honored to have them join the Colorado BHA Chapter Leadership Team and help guide our rapidly growing boots-on-the-ground army of over 2,000 dedicated hunters, anglers and other outdoorsmen and women!”

Founded by Mike Beagle, a former U.S. Army field artillery officer, and formed around an Oregon campfire, in 2004, BHA is the sportsmen’s voice for our nation’s wild public lands, waters and wildlife. With over 30,000 members spread out across all 50 states and 13 Canadian provinces and territories, including chapters in 38 states and two international chapters—in Alberta and British Columbia—BHA brings an authentic, informed, boots-on-the-ground voice to the conservation of public lands. Since the Colorado BHA chapter was founded by David Petersen (a former U.S. Marine Corps helicopter pilot) in 2005 (the first official BHA chapter), they’ve grown their boots-on-the-ground presence to over 2,000 dedicated hunters and anglers.[2]