Lee was born in Green River, Wyoming, and raised in Rifle, Colorado. “I started hunting in Colorado when I was old enough to 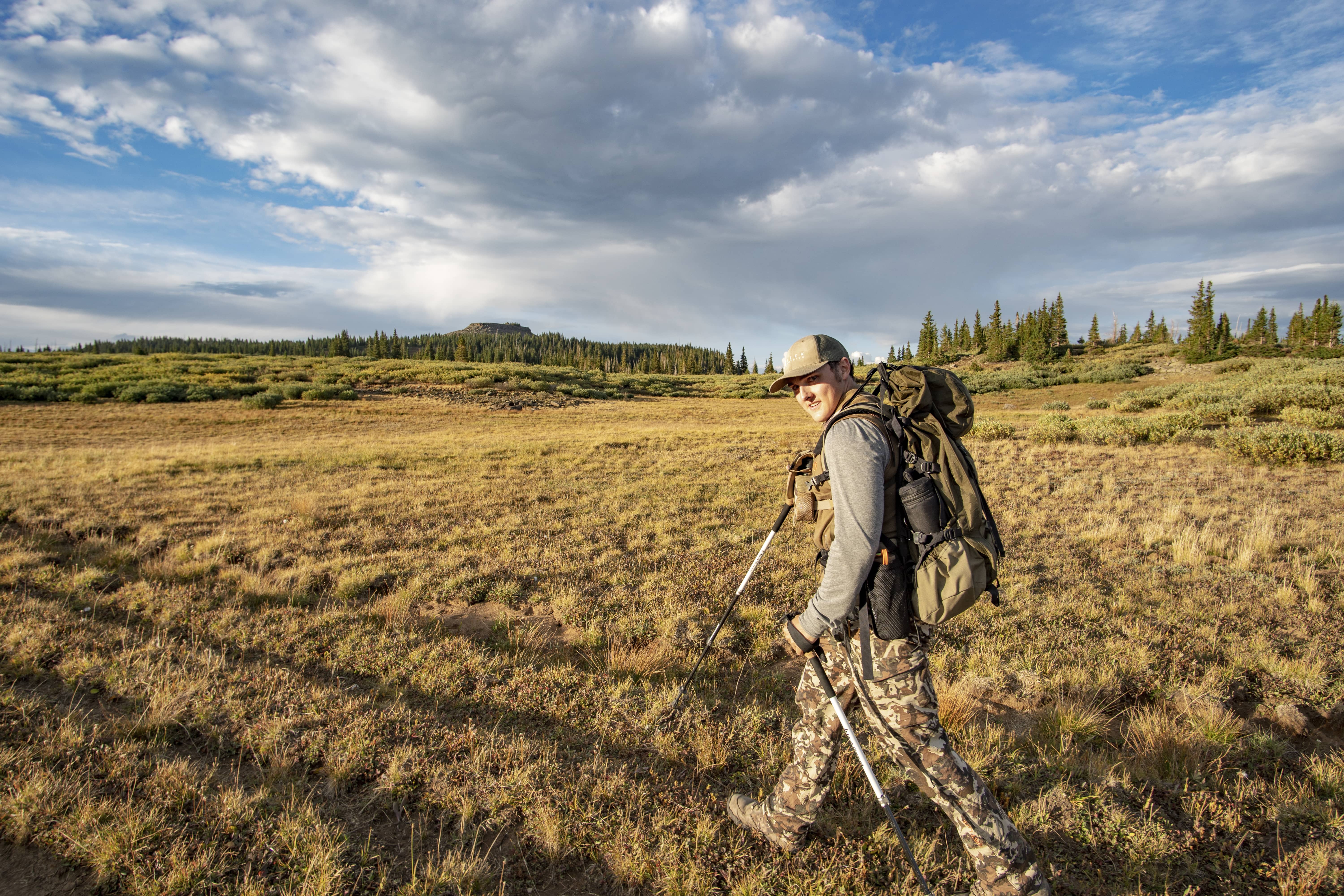 shoot a shotgun without getting knocked off my feet,” he says. Lee hunted doves and pheasant with his dad and joined him on elk hunts, whether he was guiding clients or filling the freezer at home. “I shot my first bull elk as soon as I was old enough to do so,” he adds. “My dad was a mentor for everything I do outdoors.”

Although Lee hunts primarily with a compound bow, he still gets out during rifle season every now and then. He also fishes primarily for trout using a fly rod, but says, “I take advantage of any opportunity to do any style of fishing for any species.” Lee studied marketing at Colorado Mesa University and is Marketing Coordinator for Seek Outside, a recipient of BHA’s Larry Fischer Award. He lives in Grand Junction.

Brett was born in Colorado Springs, Colo., and moved to the West Slope when he was 3 years old. He grew up hunting and fishing 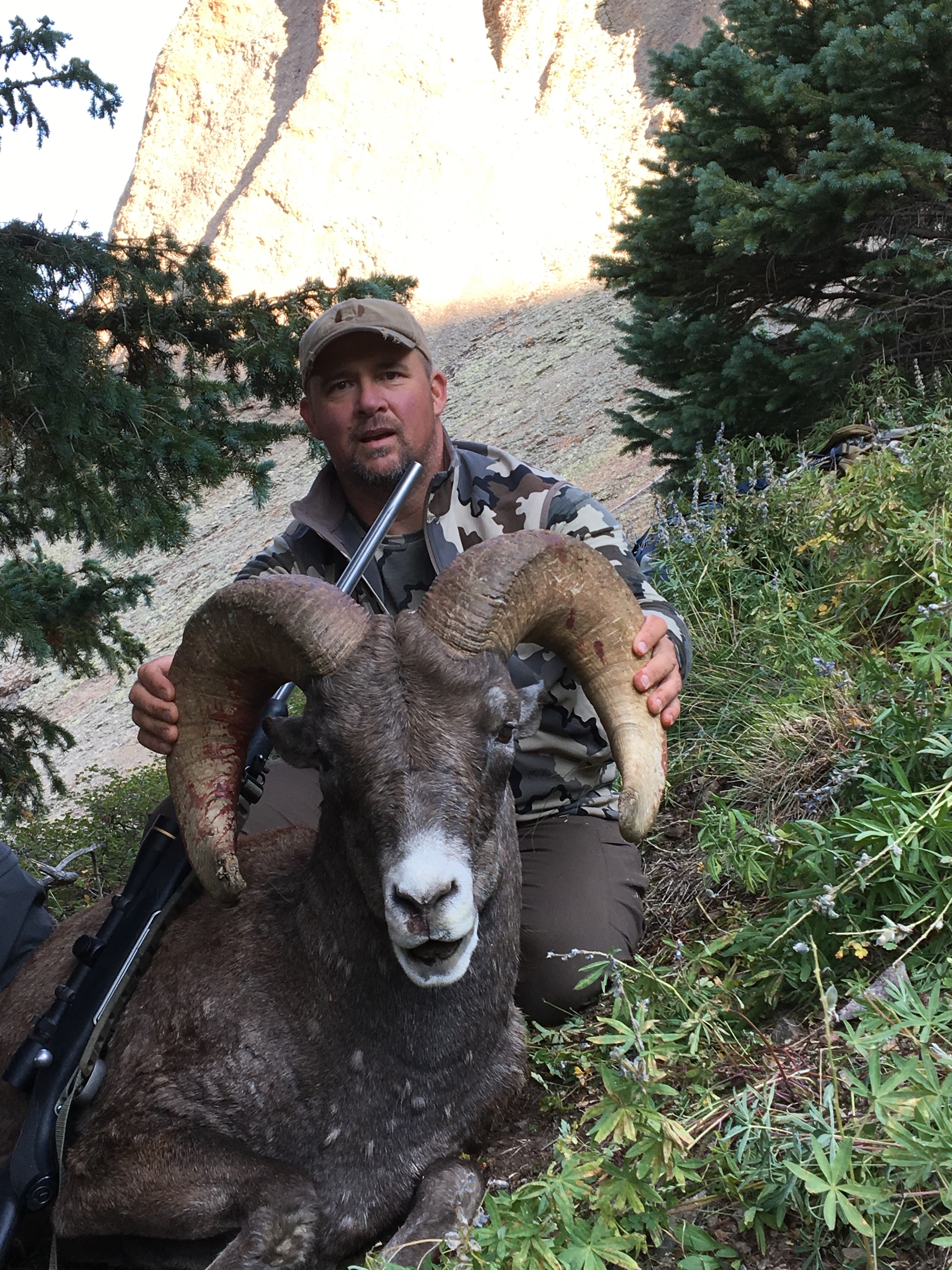 with his dad, grandpa and cousin. “My dad was always the first to push my boundaries in the outdoors,” Brett said. They moved to Prince of Wales Island, Alaska, when he was 10 and, in his words, “Spent that year exploring the depth of what a life outdoors really meant.”

After moving back to Colorado, mule deer, elk and pronghorn were his focus. Later on moose and sheep become part of the hunting game plan. He’s also still looking for “that mule deer we all dream about.” Brett is a turkey hunter too. “Turkey hunting became a passion of mine while working in Wyoming,” he said, “and I try to hunt turkeys with friends as often as possible.”

After completing a Bachelor of Science in Forest Management at Northern Arizona University (1993) and a Bachelor of Science in Wildlife Biology (1997) at Colorado State University, Brett worked for the Colorado Division of Wildlife and later the Wyoming Game and Fish Department. After returning to Colorado, he spent 13 years-plus with the Grand Junction Fire Department. “I currently own a Coffee Roasting business in Fruita,” Brett explains. “I have enjoyed spending more time hunting and exploring the west since retiring from the Fire Department.”

“I am lucky enough to recently be engaged to my incredible fiancé, Beth, who has changed my life,” Brett adds. “We are planning several trips across the west and then the country. I am getting back into archery hunting and she wants to be a part of that by taking a turkey with her bow this spring. I used to take for granted public land was just always there, I see now we need to foster that resource and make sure is stays around for future generations.”

Central West Slope Regional Director, Craig Grother (a retired USFS biologist—with 33 years of experience—who resides in Norwood), said: “Both Lee and Brett assisted on our service project installing a gate in the Dominguez-Escalante Wilderness Area, where illegal motorized vehicle use was occurring. They’re great guys and are perfect choices to represent BHA in the Grand Junction area.”

“Lee and Brett are active BHA members-volunteers and, now, leaders. We’re lucky to be on the receiving end of their passion for wildlands and wildlife, public lands and boots-on-the-ground advocacy,” said Colorado BHA co-chair, David Lien (a former U.S. Air Force officer). “Our members in the Grand Junction-Grand Valley and Mesa County region will benefit greatly from their lifetimes of hunting-angling experiences and public lands knowledge. We need many more like them.”

Founded by Mike Beagle, a former U.S. Army field artillery officer, and formed around an Oregon campfire, in 2004, BHA is the sportsmen’s voice for our nation’s wild public lands, waters and wildlife. With over 25,000 members spread out across all 50 states and 13 Canadian provinces and territories, including chapters in 39 states and two international chapters—in Alberta and British Columbia—BHA brings an authentic, informed, boots-on-the-ground voice to the conservation of public lands. Since the Colorado BHA chapter was founded by David Petersen (a former U.S. Marine Corps helicopter pilot) in 2005 (the first official BHA chapter), they’ve grown their boots-on-the-ground presence to some 2,000 dedicated hunters and anglers.[1]

share on
See other posts related to Colorado BHA Colorado Issues Colorado News
Get the latest news and stories, right to your inbox.
Search
Local Chapters