The Colorado chapter of Backcountry Hunters & Anglers (BHA) recently appointed David Kinn to serve on the Chapter Leadership Team as treasurer and Brian Walker to serve as a Habitat Watch Volunteer for the Arapaho/Roosevelt National Forest. 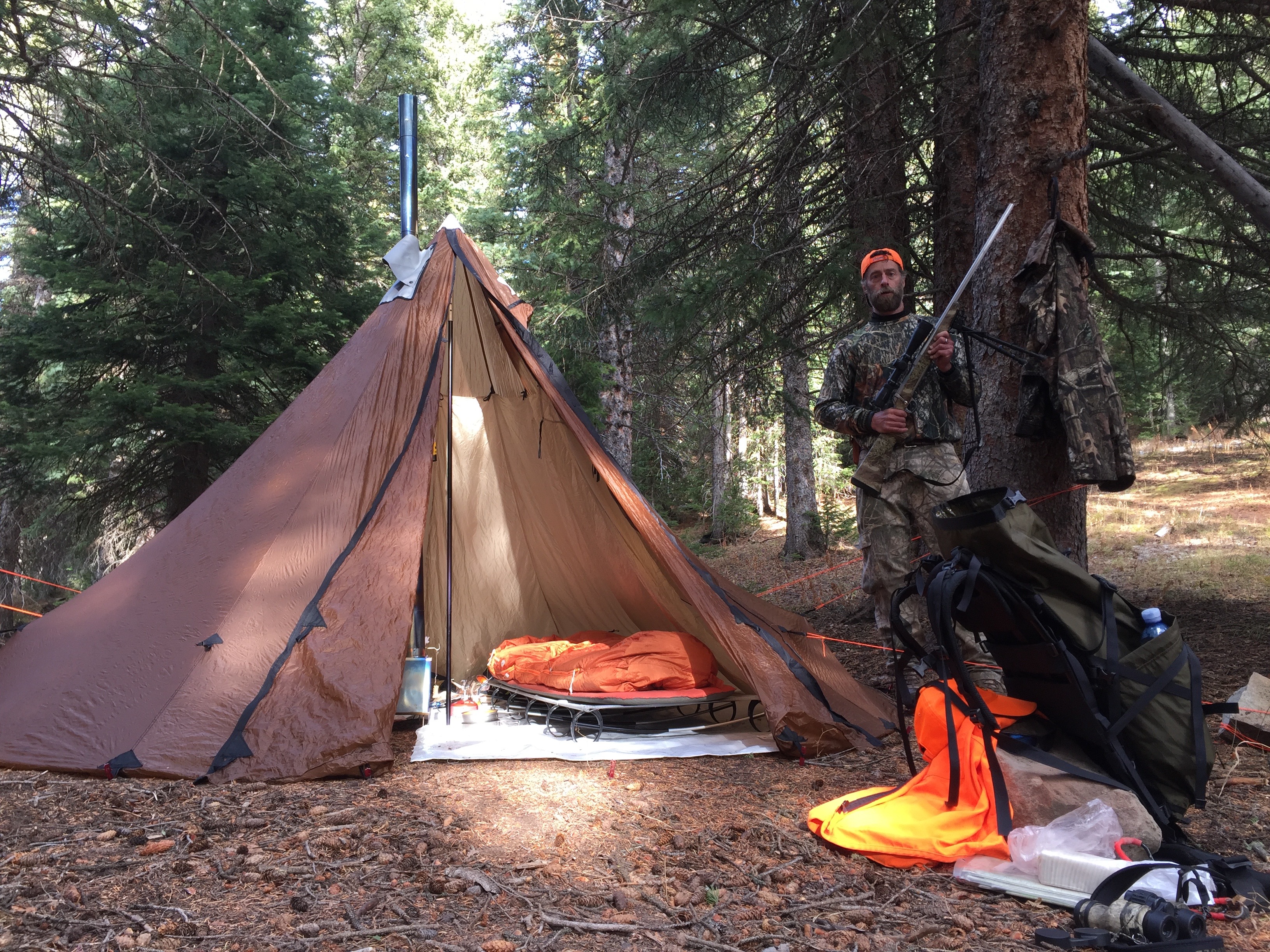 David was raised in western New York. He started fishing local streams and lakes as a kid, hunting small game in his early teens, and then deer hunting with his dad and brother a few years later. “My father was an awesome hunter and outdoorsman,” he says, “and a huge positive influence and mentor for my brother and me growing up.”

“I credit my dad for everything related to my reverence and passion for hunting, fishing and exploring the incredible public lands we all have access to here in the greatest country in the world,” David adds. Today he lives in Durango and hunts (with rifle and bow) elk, deer and turkey in the San Juan Mountains. He also fishes the San Juans and western slope. David learned about Backcountry Hunters & Anglers from his good friends, Angie and Kevin Timm, owners of Seek Outside and longtime BHA corporate sponsors.

“I’m primarily a meat hunter and eat everything I take,” he says. “We have awesome fisheries in southwest Colorado and I’ve had my fair share of trout for dinner.” David has also had diverse career experiences, including various technical and go-to-market leadership roles in the high-tech industry as well as muddy-boot seasonal jobs in the USFS, and even a repo man stint “stealing” (i.e., repossessing) cars in New Mexico. “I have several undergrad degrees,” David adds, “but all those pale in comparison to the schooling I get every year chasing elk in the backcountry wilderness.” 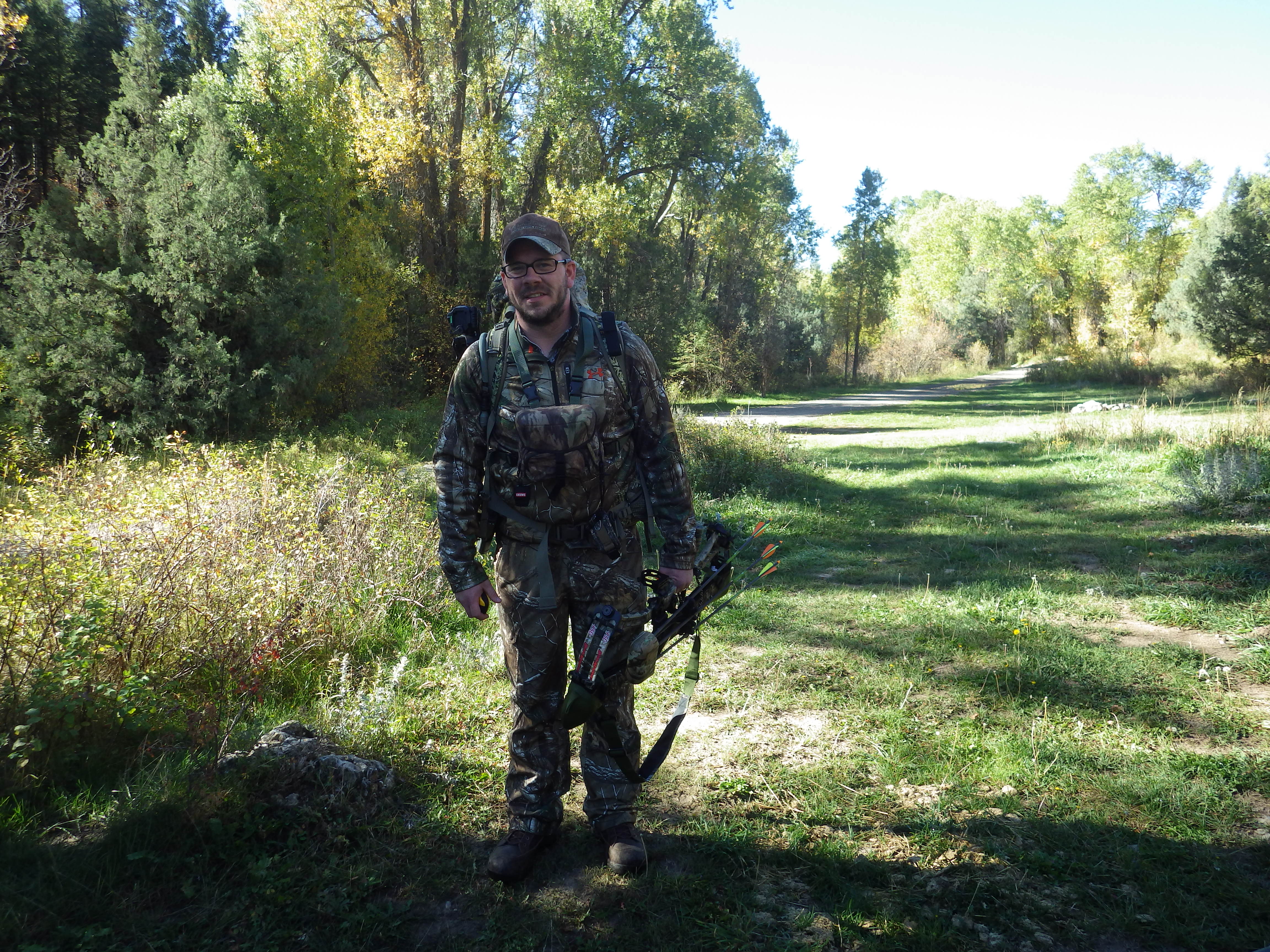 Brian was born in Maryland and spent a large chunk of his youth in New York City. Fortunately, he says, “I moved to northern Minnesota in my mid-teens.” “I fished the waters around New York with friends a few times as a child, not really knowing what I was doing,” Brian adds, “but the fishing bug really got me in my late teens living in northern Minnesota. All it took was one Northern on the line and that was it.”

He also learned to hunt and fish on his own. “I’d see people fishing these beautiful rivers, lakes and streams in northern Minnesota and knew it was something I wanted to do,” Brian said. “It grew from there, and I made it a point to talk to as many hunters and anglers as I could to glean as much information as possible. I became good friends with some great hunters and anglers and continued to learn. I hope to be that mentor to my daughters going forward.”

Hunting (with both rifle and bow) is something Brian started during his late teens/early twenties. He’s hunted elk in Idaho, Coues deer in Sonora, Mexico, grouse in Minnesota and whitetails, ducks, doves and hogs in Texas. “I’m always on the lookout for the next great hunt,” he says. “I’m an equal opportunity hunter and for me getting outside and hunting, regardless of the animal, is the best part.”

Brian served in the Minnesota National Guard for six years as a combat medic with the Army and an F-16 avionics technician with the Air Force. He also served during Operation Noble Eagle, which began on September 14, 2001, in response to the September 11 attacks. Brian currently works for Hewlett-Packard as a Technical Consultant. “I started college as a pre-med major at the University of Minnesota-Duluth,” he explains, “but soon found my calling in technology. My background is Mac/Linux, Cloud computing and managed IT services.”

Brian lives in Fort Collins and frequently fishes the Poudre River to hone his fly fishing skills. “As I’m fairly new to the sport of fly fishing,” he adds, “I’m primarily going for trout these days, but love a good trip to the Gulf Coast to fish for Reds and Specs.” When not fishing or hunting, Brian enjoys playing guitar, bass or drums, but is always up for getting “lost” in the woods.

Chapter chairman, David Lien (a U.S. Air Force veteran), said: “An unmatched breadth and depth of hunting and angling knowledge, combined with a sustained commitment to protecting our wild public lands and waters heritage, is standard operating procedure for BHA members like David and Brian. We’re lucky to have them on our Colorado BHA team.”

Founded by Mike Beagle, a former U.S. Army field artillery officer, and formed around an Oregon campfire, in 2004, BHA is the sportsmen’s voice for our nation’s wild public lands, waters and wildlife. With over 20,000 members spread out across all 50 states and Canada, including chapters in 39 states and two international chapters—in Alberta and British Columbia—BHA brings an authentic, informed, boots-on-the-ground voice to the conservation of public lands. Since the Colorado BHA chapter was founded by David Petersen (a U.S. Marine Corps veteran) in 2005 (the first official BHA chapter), they’ve grown their boots-on-the-ground presence to over 1,300 dedicated hunters and anglers.