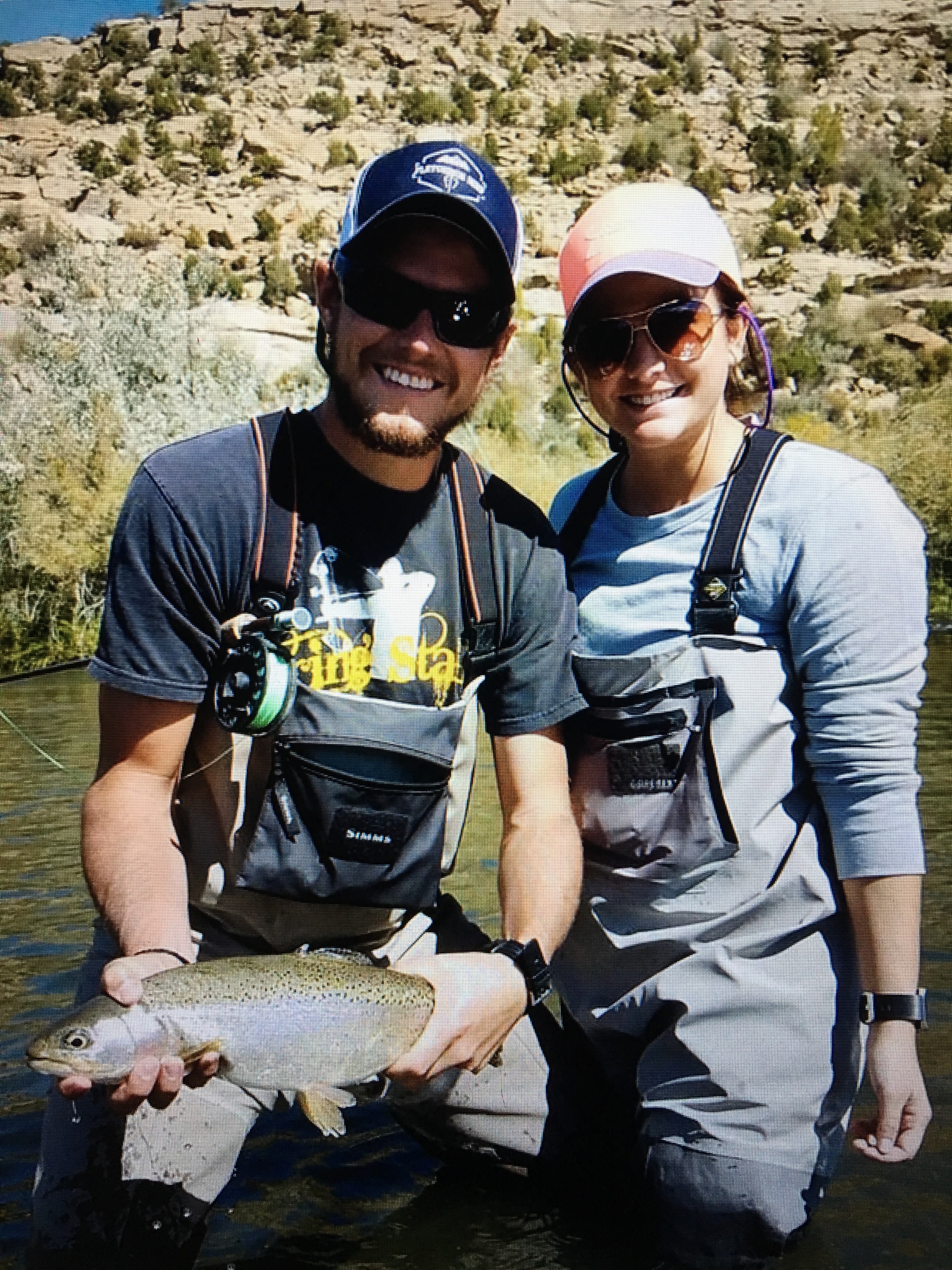 Chris was born in southern California but raised in Dolores, Colorado, from the age of five, where his family lived within walking distance of two reservoirs stacked with smallmouth bass, black crappie, northern pike, rainbow trout and channel catfish. Chris and his brother spent countless evenings fishing the shores of Summit and Puett reservoirs.

“While my brother served as my direct educator and hunting partner, our father was the driving force behind both of our desire to get lost on and enjoy the opportunities that our public lands provide,” Chris said. “While I believe I have developed my own sense of ethic and conservation, I credit my father and his eagerness to share the outdoors with his boys for my love of the mountains.”

Chris started hunting with a rifle and harvested a cow elk on his 13th birthday. “When my older brother got his driver’s license we shifted our public land use from the state wildlife areas to the National Forest,” he said. “As far back as I can remember we have been pursuing elk and mule deer during the Colorado archery season and early rifle seasons.”

“I have since developed a love for archery and prefer to chase rutting bulls in September, but still take a poke now and then with a rifle to keep the freezer happy when archery season doesn’t go according to plan or when various opportunities arise due to population dynamics and management needs,” Chris adds.

He went to high school in Dolores, graduating with 24 other students, and his passion for the outdoors led him to Western State College in Gunnison where he earned a degree in Wildlife Biology. During college Chris volunteered with Colorado Parks & Wildlife at Roaring Judy fish hatchery and worked on various projects with Gunnison’s sage-grouse, Red fox studies, small mammals and many others. His summers were spent in Dolores working as a seasonal wildlife technician focusing on resource utilization such as timber sales and oil and gas extraction.

Chris then spent 8 years working as a wildlife technician for the Bureau of Land Management and U.S. Forest Service before accepting a position in Wyoming with a private consulting firm. He worked on Greater sage-grouse projects in addition to raptor research and banding efforts focusing primarily on Ferruginous hawks.

After a year in Wyoming, he ventured back to Colorado, accepting a crew leader position with Conservation Legacy, a non-profit working to prepare young adults for careers in conservation fields while simultaneously improving habitat and resources. He also worked for the Dolores River Restoration Partnership, treating noxious and invasive weed species along the Dolores River from Dolores, Colorado, to Moab, Utah.

When this position ended, Chris made the transition to the U.S. Fish and Wildlife Service in New Mexico. He completed a term position working across the state of New Mexico on all of the National Wildlife Refuges, with Bosque del Apache serving as his base. Currently, Chris works in Durango as a Wildlife Biologist for an environmental consultant focusing his time on species surveys and assessments, NEPA evaluations, reclamation efforts and many other ecologically-related tasks.

“The past few years we have focused our efforts on over the counter archery elk tags in southwest Colorado, honing our calling, stalking and decision-making skills, leading to a very successful 2018 archery season and a very happy looking freezer,” Chris said. “This year we will be hunting both Colorado and Montana over the counter archery elk tags.”

“We pass the time outside of archery season fishing, hiking, scouting, hunting grouse when we can and waterfowl in the brief window as they migrate through our area,” he added. “We also manage to sneak in some time on the Animas, Gunnison, Dolores and San Juan Rivers chasing the adrenaline rush that comes with netting a trout on the fly.”

“I not only hunt to feed myself and my family but also my soul. I find clarity in the outdoors and the adrenaline rush that comes with elk hunting and when you are ‘in his kitchen’ somehow purifies my system,” he said. “The greatest gift that has come from my passion for archery is an ethical patience. Being someone who can walk away from a close encounter that didn’t pan out due to poor shot presentation or any number of problematic situations yet still look at it as a successful hunt and still revel in the shakes that come post encounter is a win for anyone with this passion.”

Chris joined Backcountry Hunters & Anglers in 2017. He was introduced to BHA through the Backcountry Journal. While most of his time is spent in Colorado, he lives in La Plata, New Mexico (just south of Durango), with wife, Kelsey, and black lab, Chief, whom he still has hopes for becoming a duck dog.

“The breadth and depth of Chris’s knowledge of wildlands and wildlife, developed over a lifetime of hunting and fishing and studying these species and their habitat, speaks volumes about his passion for BHA’s boots-on-the-ground public lands and wildlife preservation mission,” Colorado BHA co-chairDavid Lien (a former Air Force officer) said. “We need many more like him!”

Founded by Mike Beagle, a former U.S. Army field artillery officer, and formed around an Oregon campfire, in 2004, Backcountry Hunters & Anglers is the sportsmen’s voice for our nation’s wild public lands, waters and wildlife. With some 37,000 members spread out across all 50 states and 13 Canadian provinces and territories—including chapters in 45 states, two Canadian provinces and one territory, and Washington, D.C.—BHA brings an authentic, informed, boots-on-the-ground voice to the conservation of public lands. Since the Colorado BHA chapter was founded by David Petersen (a former U.S. Marine Corps helicopter pilot) in 2005 (the first official BHA chapter), they’ve grown their boots-on-the-ground presence to some 3,000 dedicated hunters and anglers.[1]