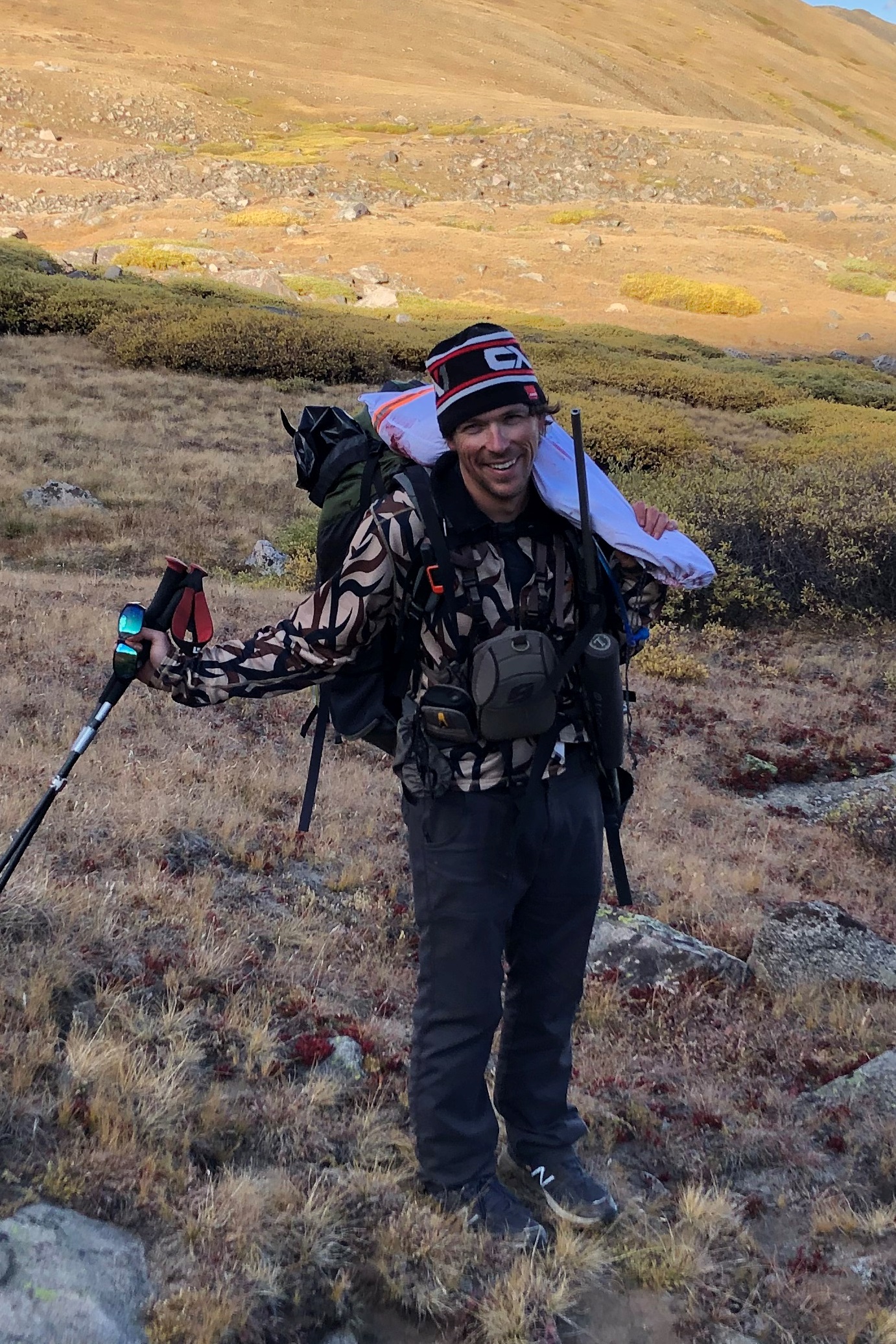 Kyle was born in Texas but raised in Colorado. “My dad first took me fishing when I was 5,” he said. “First tried some dove hunting when I was 10 and started hunting big game when I was 12 with pronghorn and deer.” Kyle attended the University of Colorado-Colorado Springs (UCCS) and has a bachelor’s degree in Geography and Environmental with an emphasis in GIS. His free time on weekends, when he isn’t hunting/fishing, is spent working at a bike and ski shop.

“I do enjoy small game hunting, but spend most of my time hunting big game, including elk, deer and antelope,” Kyle says. “Recently had a successful mountain goat hunt. Spend summers fishing for trout and recently discovered how fun ice fishing is.” Most of his hunting is done with a rifle, but Kyle also uses a muzzleloader and bow. He first heard about BHA on the Meateater Podcast and lives in Colorado Springs.

Drew was born and raised in Falcon, Colorado, just outside of Colorado Springs. He grew up going on elk hunts with his father and grandfather and went fishing occasionally, but sports was a priority for him growing up. Drew attended Mitchell High School in Colorado Springs where he played football and baseball, then attended King University in Bristol, Tennessee, and played starting shortstop for three years.

“It wasn’t until after I was done playing college baseball and moved back to Colorado Springs that I found my passion again for our public lands,” he said. “I wouldn’t be who I am without the influence of both my father and grandfather. My father is my best friend and someone that I will never be able to thank enough for what he has done to help me find the outdoors again after my playing days. Thank you Dad!”

“I am a year round outdoorsman here in Colorado,” Drew added. He hunts turkeys in the spring and spends summers scouting and fishing high alpine lakes. “Picked up fly-fishing recently and fell in love even though I’m definitely still a beginner,” he says. Drew also hunts elk, antelope, mule deer, whitetails and bear with bow and rifle along with chasing waterfowl. “Ice fishing has become one of our favorite activities as a family,” he said.

“The people that I have already met through BHA in this short time I have been involved have become some of my closest friends and great hunting partners,” Drew says. “We are very excited for the future of BHA here in Colorado, we have built an extraordinary team and can’t wait to see what’s in store for us! My nephew, Isaiah, has been the biggest influence for my family to protect public lands for him and future generations and he is a strong motivator for the effort I put into what we do here with Colorado BHA.” 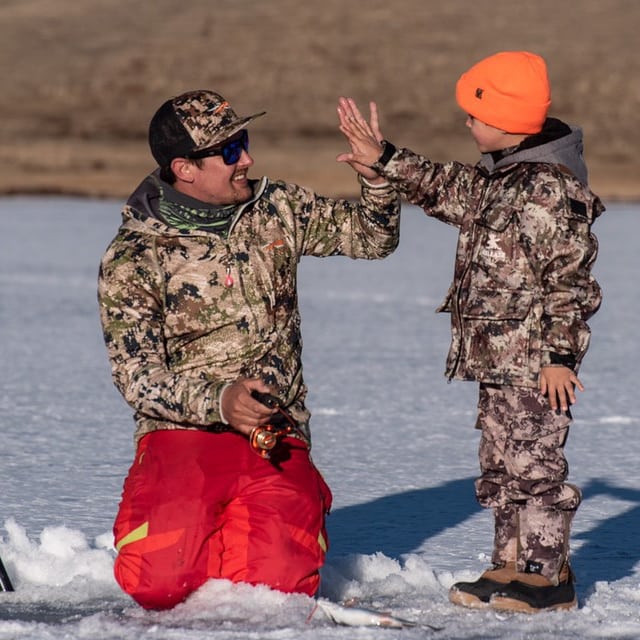 Drew heard about BHA through both the Steven Rinella and Randy Newberg platforms. “Had a great conversation at an event here in Colorado Springs with Ty Woodward, our regional director,” he said. “Got involved as soon as I could after that!” Drew worked for the LA Clippers and Colorado Springs Sky Sox before making the move to the commercial insurance industry. He lives in Colorado Springs with his “beautiful partner in crime, Elizabeth Borris.”

“The addition of Kyle and Drew to the Colorado BHA Chapter Leadership Team brings our CLT to 36 boots-on-the-ground hunters/anglers deeply committed to protecting and perpetuating our wild public lands, waters and wildlife,” said Colorado BHA co-chair David Lien (a former Air Force officer). “Like America’s foremost hunter-conservationist, Theodore Roosevelt said, they know that, ‘Of all the questions which can come before this nation, short of the actual preservation of its existence in a great war, there is none which compares in importance with the great central task of leaving this land even a better land for our descendants than it is for us.’”[1]

Founded by Mike Beagle, a former U.S. Army field artillery officer, and formed around an Oregon campfire, in 2004, Backcountry Hunters & Anglers is the voice for our nation’s wild public lands, waters and wildlife. With 40,000 members spread out across all 50 states and 13 Canadian provinces and territories—including chapters in 45 states, two Canadian provinces and one territory, and Washington, D.C.—BHA brings an authentic, informed, boots-on-the-ground voice to the conservation of public lands. Since the Colorado BHA chapter was founded by David Petersen (a former U.S. Marine Corps helicopter pilot) in 2005 (the first official BHA chapter), they’ve grown their boots-on-the-ground presence to some 3,000 dedicated hunters and anglers.[2]