The Colorado chapter of Backcountry Hunters & Anglers recently appointed John Pezzin to serve as a Habitat Watch Volunteer for the Arapahoe-Roosevelt National Forest. 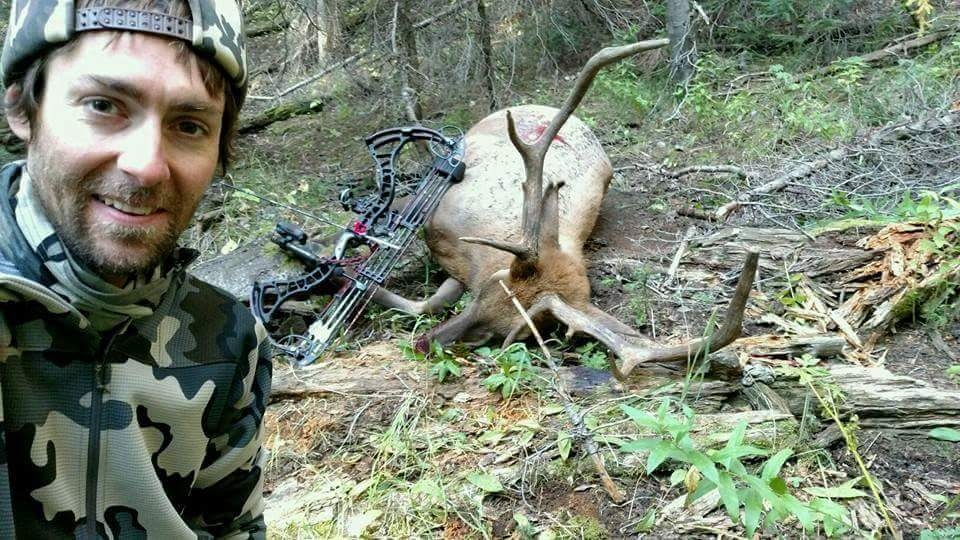 John was born and raised in northwest Ohio. He started fishing local creeks, ponds and reservoirs when he was 5, was spearing at age 10, then transitioned to bowfishing, hunting and trapping at 12, followed by deer hunting when he was 15. “My dad introduced me to hunting and fishing in my childhood,” John says. “He had me fishing, basically, as soon as I could hold a pole.”

“I would go with him and his buddies for small game at a very young age and he would let me carry a knife so I felt like I was part of the hunt,” John added. “He sat with me through the Hunter Safety course when I was 12 and shortly after we were in the field harvesting game together. I started whitetail hunting with my dad and his friends in my teens and was hooked. We would head to southern Ohio for our gun season deer camp and I learned a lot from them. We still all get together every year for Ohio deer camp.”

Nowadays, John hunts and fishes in Colorado, Wyoming, Nebraska and Ohio. He hunts elk, deer, bear, turkey, coyote, bobcat, small game, upland and waterfowl. He primarily fishes for trout out west and reels in flathead and channel catfish in Ohio. He uses rifle, muzzleloader and bow for big game. Shotgun for small game. Bow and shotgun for turkey. He’s both a compound and trad for bow hunter. John currently lives outside of Loveland, Colorado, surrounded by the Roosevelt National Forest, and is a union ironworker.

“I volunteer for a couple non-profit organizations, including The Right Direction Youth Development program, a group that uses extreme sports as a catalyst to trace life skills, and Hero Expeditions, a group that uses hunting to help give back to veterans, police, fire and other active servicemen and women,” he said. “I love the outdoors, the land and wildlife that inhabits it. I enjoy gardening for food and eating the meat I harvest. I am very blessed by the Lord to be able to enjoy his creation every day.”

John joined BHA in March 2019, after hearing about us “from a fellow BHA member I ran into on top of a mountain while archery elk hunting in the backcountry.” “John is joining a growing team of nearly forty Colorado BHA Habitat Watch Volunteers, our boots-on-the-ground in national forests across Colorado,” said Colorado BHA co-chair, Don Holmstrom. “We need many more like him.”

John, Don and all BHA members know that—as World War II veteran and BHA Life member, Bill Sustrich (now deceased), once said: “In the simplest terms, without suitable habitat we will have no game; without game, we will have no hunting; without hunting, a precious heritage of our past will be lost forever.”

Founded by Mike Beagle, a former U.S. Army field artillery officer, and formed around an Oregon campfire, in 2004, Backcountry Hunters & Anglers is the sportsmen’s voice for our nation’s wild public lands, waters and wildlife. With over 37,000 members spread out across all 50 states and 13 Canadian provinces and territories—including chapters in 44 states, two Canadian provinces and one territory, and Washington, D.C.—BHA brings an authentic, informed, boots-on-the-ground voice to the conservation of public lands. Since the Colorado BHA chapter was founded by David Petersen (a former U.S. Marine Corps helicopter pilot) in 2005 (the first official BHA chapter), they’ve grown their boots-on-the-ground presence to over 2,700 dedicated hunters and anglers.[1]