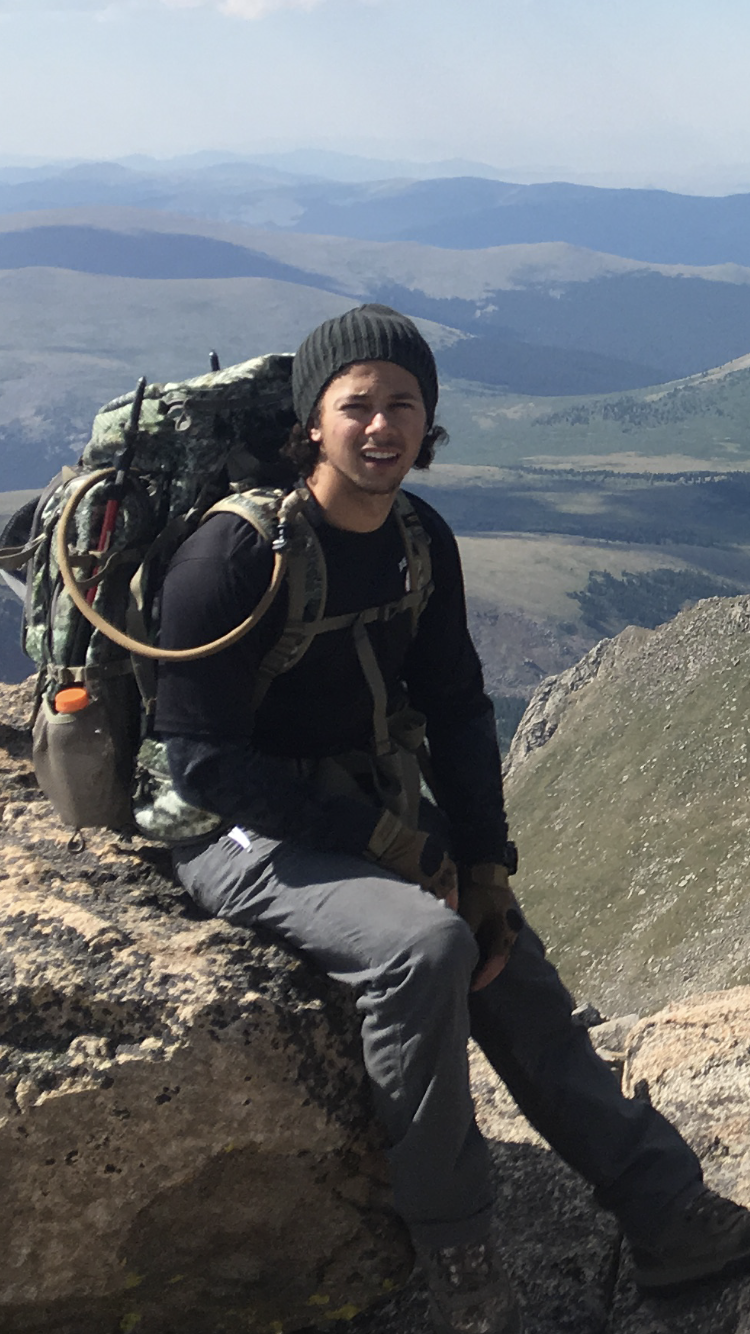 Jeff was born and raised in Cincinnati, Ohio, and lived in Indianapolis for six years before moving to Colorado in 2018. He didn’t grow up in a hunting family, but learned on his own and with a hunting mentor, supplemented by information gleaned from hunting-related online/media outlets.

“I picked up fishing when I was a kid, but started fishing more frequently and seriously in college,” Jeff says. “This began with fishing for bass and bow fishing carp. I also hunted whitetails in Indiana.” In Colorado, he hunts small game, elk and mule deer in the Rio Grande National Forest and locales near Denver. He is also looking forward to learning fly-fishing and catching rainbow trout. “I hunt with a bow. I love the discipline and challenge of bow hunting,” Jeff adds.

Jeff currently lives in Denver, putting his BS in Mechanical Engineering to good use working for a consulting firm designing mechanical heating/cooling systems for commercial buildings. Most of his hunting and angling time is spent in the national forests west of Denver, including the Arapaho, White River, Roosevelt, and Medicine Bow-Route.

He first heard about Backcountry Hunters & Anglers via podcasts and YouTube channels. “Although new to hunting, I firmly believe in keeping public lands in public hands and protecting access to public lands,” Jeff says. “I thoroughly enjoy all time spent in the woods, especially around wildlife.” 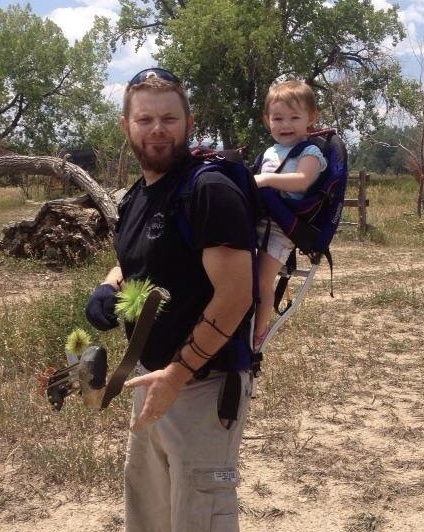 Ryan was born and raised in Loveland, Colorado. He started fishing the local ponds and ditches as a kid, then began hunting as soon as he was old enough for hunter’s safety. “My grandfather was my outdoor hero,” he said. “I owe my love of the outdoors to him and my grandmother.” Ryan hunts both small and big game. “I love to hunt small game and stump shoot,” Ryan adds. “Archery elk season is on my mind all year and, when spring comes bow fishing takes up every extra minute.”

He hunts elk with a recurve, but has been known to pick up a rifle and make good use of leftover tags. Ryan lives in Berthoud and works as a Toyota technician. He joined Backcountry Hunters & Anglers in 2012 after seeing a BHA ad in Traditional Bowhunter magazine. “I wanted to try and help make a difference,” he says. 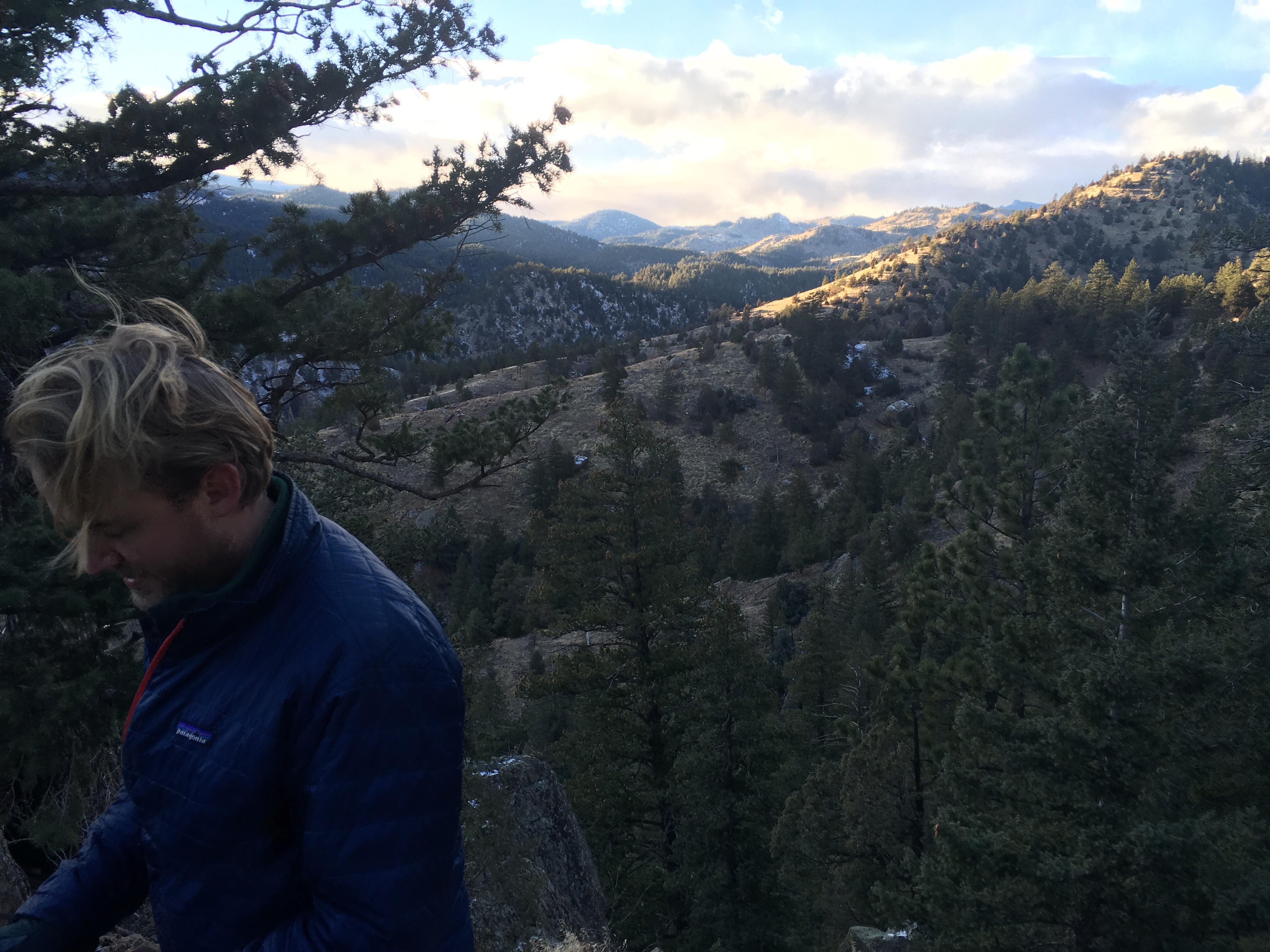 Alex was raised in Philadelphia, Pennsylvania. He attended Tulane University, then completed graduate school at NYU. A close friend introduced him to elk hunting and he stared fly-fishing after moving to Colorado. “My primary focus is fishing, followed closely by my new hobby of bow hunting,” Alex says. He lives in Gunbarrel, Colo., and fishes for trout in addition to hunting elk, turkeys and mule deer.

Chapter chairman, David Lien (a U.S. Air Force veteran), said: “We thank Jeff, Ryan and Alex for volunteering as Habitat Watch Volunteers and putting their boots-on-the-ground, backcountry hunting and angling knowledge to good use helping Colorado BHA protect and perpetuate our great public lands legacy on Colorado’s Rio Grande and Arapahoe-Roosevelt National Forests. We need many more like you!” The Colorado BHA chapter has over 25 HWVs covering all eleven of the state’s national forest.

Founded by Mike Beagle, a former U.S. Army field artillery officer, and formed around an Oregon campfire, in 2004, BHA is the sportsmen’s voice for our nation’s wild public lands, waters and wildlife. With over 24,000 members spread out across all 50 states and 13 Canadian provinces and territories, including chapters in 39 states and two international chapters—in Alberta and British Columbia—BHA brings an authentic, informed, boots-on-the-ground voice to the conservation of public lands. Since the Colorado BHA chapter was founded by David Petersen(a former U.S. Marine Corps helicopter pilot) in 2005 (the first official BHA chapter), they’ve grown their boots-on-the-ground presence to over 1,600 dedicated hunters and anglers[1]