The Colorado chapter of Backcountry Hunters & Anglers recently appointed Gabriela Zaldumbide to serve as Regional Director for the Gunnison Valley region of Colorado. 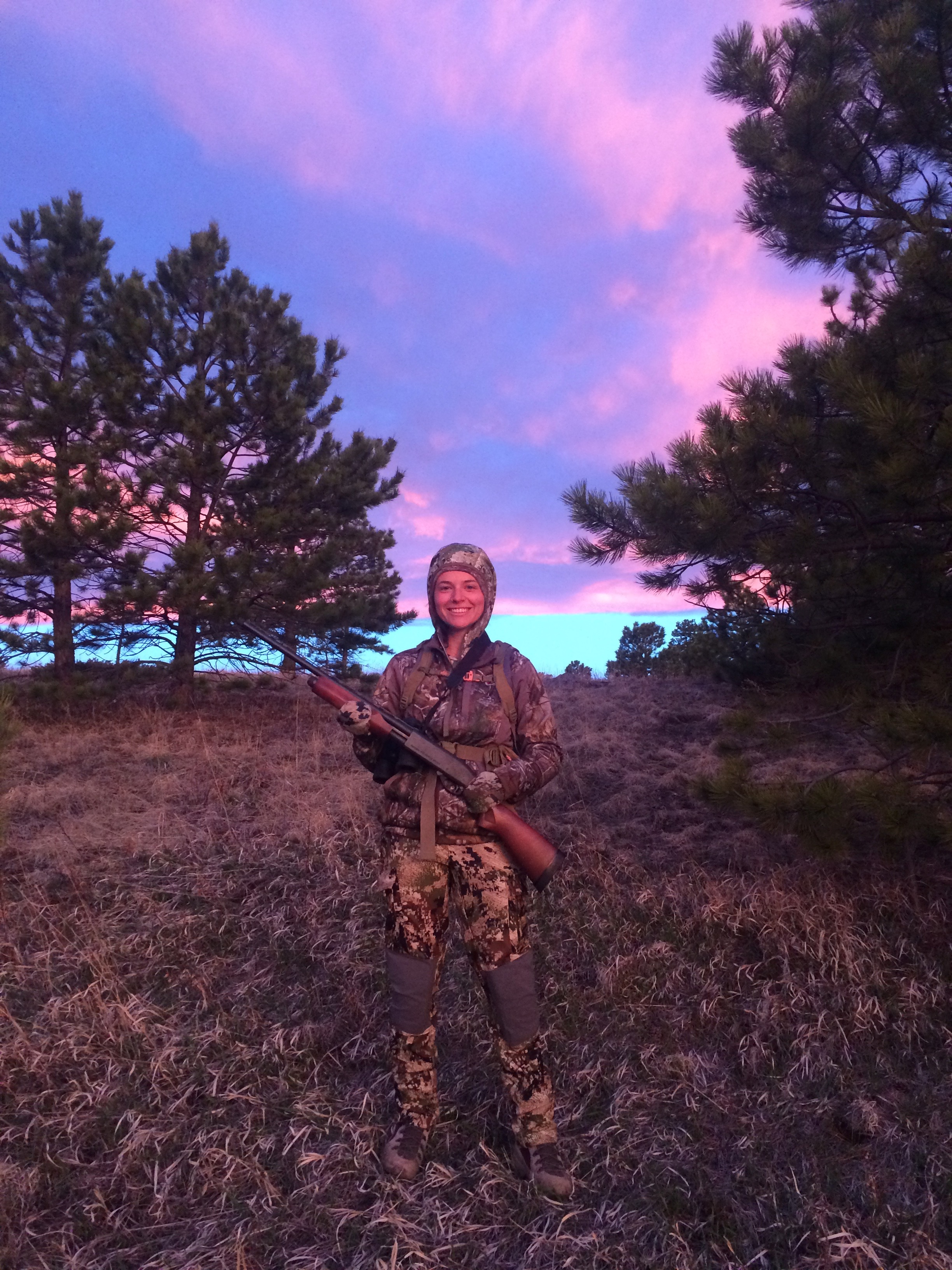 Gabriela was born in Maryland, but grew up in Wisconsin. She started hunting after taking Conservation Leaders for Tomorrow at her undergraduate institution, University of Wisconsin–Madison. After that course wrapped up, the Badger Hunting Club held a Learn to Hunt Turkey event and she signed up. “I ended up harvesting my first animal that weekend and decided that hunting was for me,” Gabriela said. “I never had a hunting mentor and have taught myself most of the things I know through MeatEater and the few people I knew who hunted.”

She has a B.S. in wildlife ecology and a certificate in environmental studies, and is working on a master’s degree in environmental management, with a focus on integrative and public land management, at Western Colorado University. Gabriela has also volunteered with the Wisconsin DNR, interned for the Wildlife Management Institute, and is currently an intern for the Hunting, Trapping, Conservation Working Group of The Wildlife Society.

In addition, she worked for USGS in Alaska collecting data on a long-term emperor goose study, was an Assistant Natural Area Manager for the Prairie Enthusiasts, and contributed to wildlife research at UW–Madison throughout her undergraduate career. During July 2018, Gabriela moved to Colorado to attend graduate school at Western Colorado University.

“Spring turkey hunting holds a special place in my heart since that’s the first thing I ever hunted, but since last April I’ve also successfully hunted a cow elk and lots of squirrels,” she said. “I guess you can say I like to do a little bit of everything! Since moving to Colorado, I’ve also taken up fishing. I found out that I love ice fishing, but since Blue Mesa thawed out I’ve been fly fishing for trout outside of Gunnison.” Gabriela hunts with a rifle and bow and lives in Gunnison.

Having attended UW-Madison, she’s also following in the footsteps of the founding father of modern wildlife management, Aldo Leopold, who during the 1930s became our nation’s first Professor of Wildlife Management and chair of the Department of Wildlife Management at the University of Wisconsin, where he taught his innovative course, Wildlife Ecology 118.[1] Recently, Gabriela organized a BHA Colorado Public Lands Day Learn to Hunt Turkey Seminar in Gunnison.[2]

“The event featured an educational seminar, a target shooting field component, and a mentored turkey hunt,” according to an update by BHA headquarters, in Missoula, Montana. “Gabriela Zaldumbide, an up-and-coming leader in the Colorado chapter, spearheaded this event as a way to celebrate her one-year anniversary of being a hunter, give back to the greater hunting community, and show some love to Colorado public lands. Thank you to all who attended and contributed to the success of this event!”

“People like Gabriela are the future of conservation. Wildlands and wildlife need many more like her,” said Colorado BHA co-chair, Don Holmstrom. “To Gabriela, hunting is an expression of love for the natural world, a way for active participation in the drama of life,” added chapter co-chair, David Lien (a former U.S. Air Force officer). “Aldo Leopold would approve.” For additional information see: Gabby Zaldumbide. “CO BHA Holds a Learn to Hunt Turkeys Seminar.” Backcountry Hunters & Anglers: 5/20/19.

Founded by Mike Beagle, a former U.S. Army field artillery officer, and formed around an Oregon campfire, in 2004, Backcountry Hunters & Anglers is the sportsmen’s voice for our nation’s wild public lands, waters and wildlife. With over 37,000 members spread out across all 50 states and 13 Canadian provinces and territories—including chapters in 44 states, two Canadian provinces and one territory, and Washington, D.C.—BHAbrings an authentic, informed, boots-on-the-ground voice to the conservation of public lands. Since the Colorado BHA chapter was founded by David Petersen (a former U.S. Marine Corps helicopter pilot) in 2005 (the first official BHA chapter), they’ve grown their boots-on-the-ground presence to over 2,700 dedicated hunters and anglers.[3]