Ian’s father joined the Air Force after finishing medical school and the family moved multiple times over the years. They lived in Oregon, Texas, Arizona and Alaska, where Ian started grade school, and ended up in Utah (where his father is from originally). They spent the next 21 years there.

When he was 14 Ian had his first hunting experience with a friend and his father, but didn’t take to hunting immediately. As explained by Ian: “Although hunting was not a skill or passion I learned from my father, he did instill in me a deep love for the outdoors and the solitude that can be found there. He would take me hiking in … National Forests from the time we lived in Alaska on, and many of our hikes became annual events.”

Ian was also a Boy Scout and learned many outdoor skills through the pursuit of merit badges. These experiences rekindled his interest in hunting. “At the age of 25,” Ian says, “I began to expand on my Boy Scout knowledge, and picked up bushcrafting. This self-sufficient outdoor mentality led to my interest of harvesting, cleaning and butchering an animal, which is where I asked my hunting friend of sixteen years to take me under his wing. It is now something that, together, we look forward to each year.”

In 2015 Ian returned to hunting via Utah’s mentorship program with an over-the-counter elk bow tag, for which his friend served as a legal mentor. He did the same hunt in 2016 and decided to make his return to hunting official by completing Hunter’s Safety at the age of 29. Ian and his wife moved to Colorado in December 2016, the same month he harvested his first big game animal. In 2017 he drew a Utah archery mule deer tag with his father, whom Ian has re-introduced to hunting, and a Colorado rifle mule deer tag.

“Though I have been a public land owner my entire life, and enjoyed its many bounties throughout the years,” Ian says, “it was my introduction to, and involvement in hunting that heightened my awareness of the fight for public lands. We as sportsmen and sportswomen have a great responsibility to the land that we use. We must not only educate other hunters and anglers about the issues we face, but all outdoor enthusiasts that recreate on public land, and invite all to join us in the efforts to preserve these wild places.”

Travis was born in Denver, grew up in Parker, went to college in Boulder and now lives in Denver again (full circle!). As a kid he mainly learned to fish with an uncle on summer trips to his house in Indiana, then became interested in hunting during college and got his hunter’s ed. certification when he was 21. “Though not a hunter, my father was a major mentor in pursuing outdoor adventure and travel,” Travis says. “My uncles have been my main hunting mentors.” 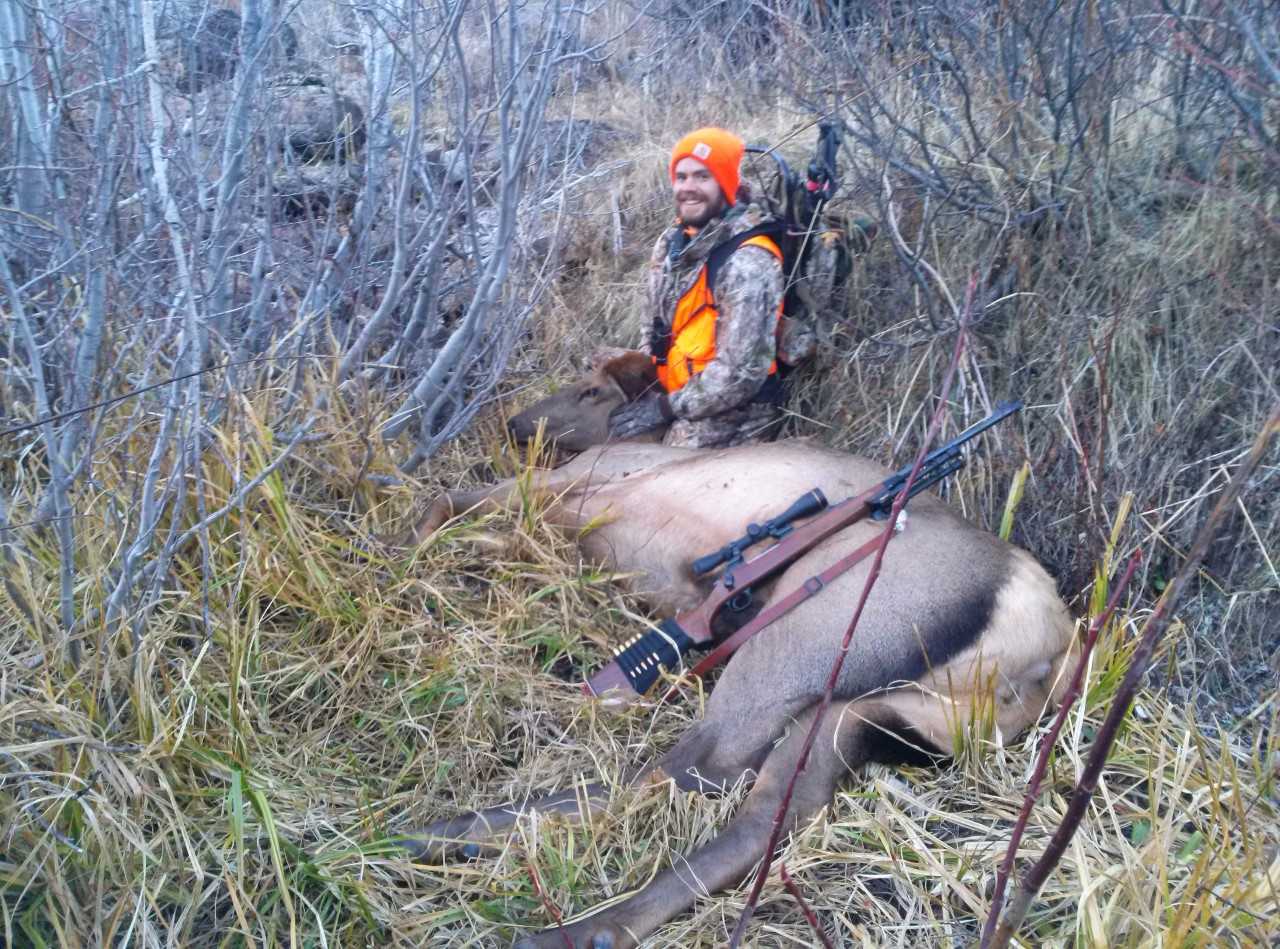 He enjoys fly fishing the lakes and streams of the Front Range (and beyond), chasing squirrels, rabbits and turkeys in the foothills, and pursuing big game throughout the state. “I just went on my first bowhunt, Travis adds, “and recently inherited a muzzleloader that I have not broken in yet. Most of my hunting has been with a rifle.”

Travis has a bachelor’s degree in International Affairs from CU Boulder and is a manager at a Colorado-based family entertainment center called The Summit. He also has experience doing contract work for BHA, working under State Policy Director, Tim Brass, compiling business sign-ons in support of our efforts to keep public lands in public hands. His first encounter with BHA was at a Colorado Parks and Wildlife (CPW) backcountry angling seminar during 2015, where BHA volunteers were helping out.

And like most big game hunters, Travis remembers his first elk like it was yesterday, saying: “I shot my first elk about two months before my 26th birthday. After five days of hard hunting and several blown opportunities, my hunting partner and I set up on the last evening over a meadow to watch the sunset and reflect on our mistakes. As we dozed in and out of sleep, a cow ran out into the meadow and stopped broadside at 200 yards exactly. I leveled my rifle and took the shot. With only 45 minutes left of shooting light in the season, I was blessed with a final opportunity to harvest.”

Formed around an Oregon campfire in 2004, BHA is the sportsmen’s voice for our nation’s wild public lands, waters and wildlife. With over 15,000 members spread out across all 50 states and Canada, including 24 chapters in 35 states and two international chapters, in Alberta and British Columbia, BHA brings an authentic, informed, boots-on-the-ground voice to the conservation of public lands. Since the Colorado BHA chapter was founded by David Petersen (a U.S. Marine Corps veteran) in 2005 (the first official BHA chapter), they’ve grown their boots-on-the-ground presence to over 1,000 dedicated hunters and anglers.

About Colorado BHA
share on
See other posts related to Colorado BHA Colorado News
Get the latest news and stories, right to your inbox.
Search
Local Chapters