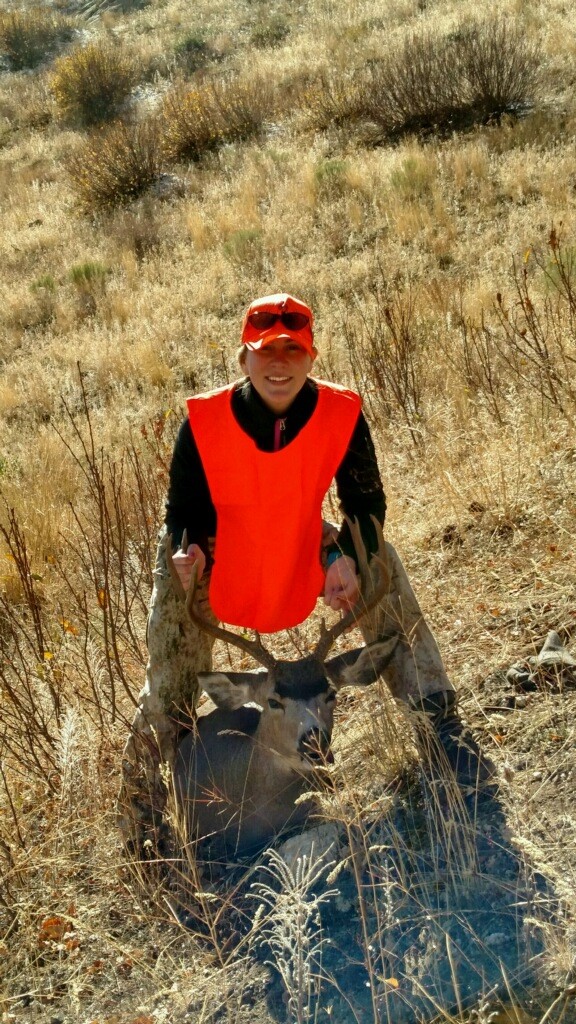 The Colorado chapter of Backcountry Hunters & Anglers recently appointed Kassi Smith to serve as Assistant Regional Director for the Denver Metro Area and Jonny Cordes to serve as a Habitat Watch Volunteer for the San Juan National Forest.

Jonny was born and raised in Colorado, in the Golden-Evergreen area. He started fishing at 2½ and was hunting at 7 years old, both in Colorado and in the Midwest, where his parents are from. “My fishing and hunting mentors were definitely my Dad, Papa and my uncle Mike,” Jonny said. “I don’t think I ever took a vacation growing up that wasn’t to go fishing or hunting.”

He graduated from Evergreen high school and then got a degree “from the university of mountain living.” “I spent my early years out of high school as a fishing guide in southcentral Alaska and as a wilderness guide/counselor mentor in the northeast Utah backcountry working for a wilderness therapy program for at risk youth,” Jonny said.

He started working as a wildlands firefighter during 2003 in eastern Oregon, spent several years back in Alaska fighting fires for the Kenai National Wildlife refuge and, then, was hired on as a wildlands firefighter with the San Juan Interagency Hotshot Crew out of Durango, Colorado, where he worked for a decade. Jonny currently works in the prescribed fire program out of the Dolores Ranger District in the San Juan National Forest.

“I fish mostly in southwest Colorado and northern New Mexico, but also spend a lot of time fly fishing and surf casting off the beach in southeast Florida,” he says. “I’ve also spent a lot of time fishing in northwest Ontario and Alaska. “I really love to shed antler hunt and look for artifacts around the southwest. I am just getting back into hunting with a longbow.”

Jonny first heard about BHA through some buddies in Durango. He lives in Hesperus, Colorado, with his wife, son, German Shepard and part coyote rez dog. “I spend almost all day everyday on public lands, for work and play, so it is imperative that I devote time to protecting them,” he said.

“Kassi and Jonny will make great additions to the Colorado BHA Chapter Leadership Team and Habitat Watch Volunteer program, respectively,” said Colorado BHA co-chair David Lien (a former Air Force officer). “They both combine years of boots on the ground hunting and angling experience with an innate drive and desire to make a difference for our wild public lands, waters and wildlife. We need many more like them!”

Founded by Mike Beagle, a former U.S. Army field artillery officer, and formed around an Oregon campfire, in 2004, Backcountry Hunters & Anglers is the sportsmen’s voice for our nation’s wild public lands, waters and wildlife. With some 37,000 members spread out across all 50 states and 13 Canadian provinces and territories—including chapters in 45 states, two Canadian provinces and one territory, and Washington, D.C.—BHA brings an authentic, informed, boots-on-the-ground voice to the conservation of public lands. Since the Colorado BHA chapter was founded by David Petersen (a former U.S. Marine Corps helicopter pilot) in 2005 (the first official BHA chapter), they’ve grown their boots-on-the-ground presence to over 2,700 dedicated hunters and anglers.[1]