The Colorado chapter of Backcountry Hunters & Anglers (BHA) recently appointed George Robinson to serve on the Chapter Leadership Team as Northeast Colorado Assistant Regional Director and Jordan Smith to serve as a Habitat Watch Volunteer for the Arapaho/Roosevelt National Forest. 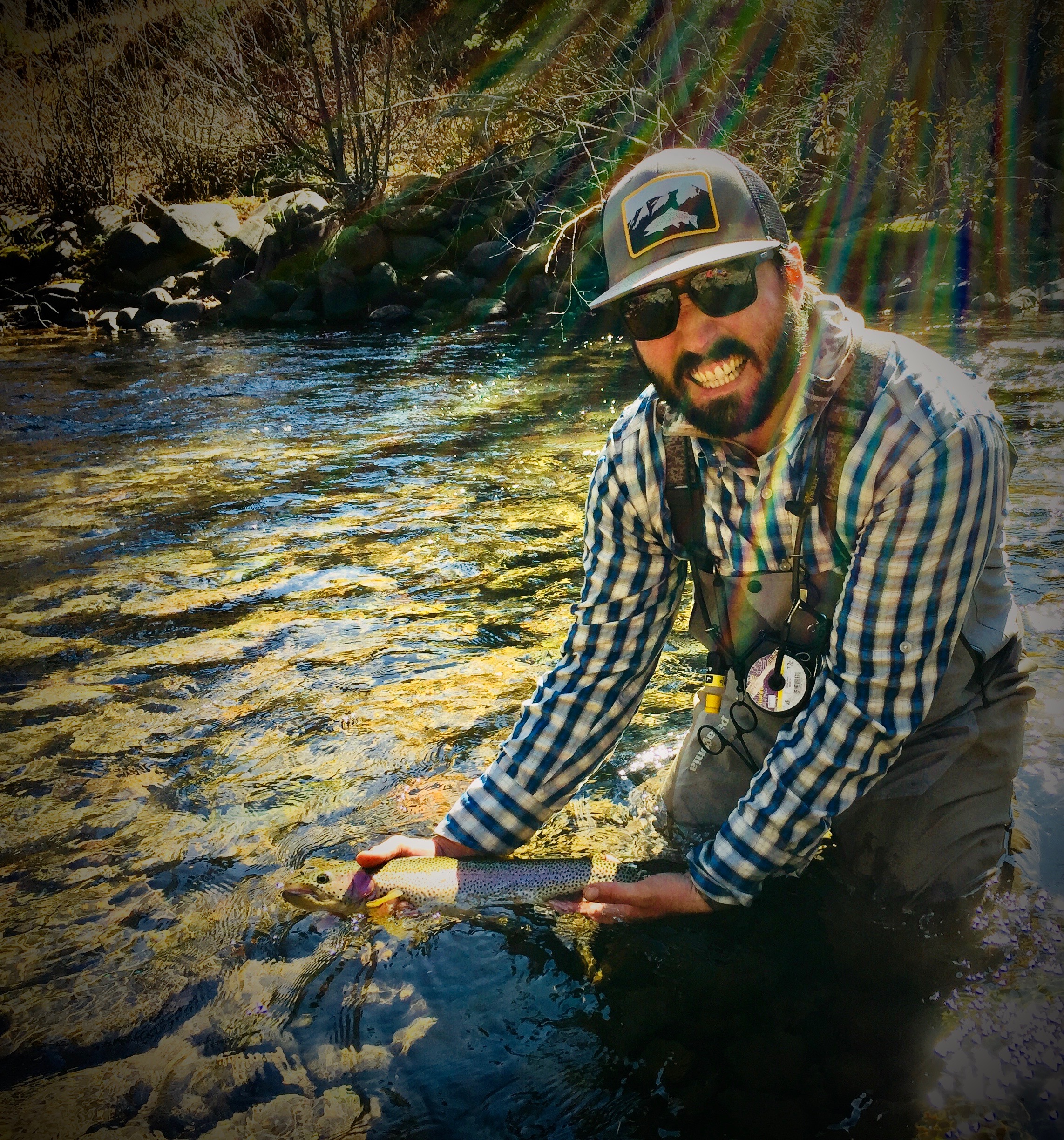 George was born and raised in Parker, Texas. “I grew up fishing … sunfish in the small creek behind my house, and largemouth bass in the old quarry down the street,” he says. George was also known to regularly “hunt” squirrels with his jack Russell terrier and BB gun, but didn’t officially start hunting until after graduating from college.

He received a bachelor’s degree in Geography from The University of Colorado-Boulder and currently works as a GIS Analyst at Uber Technologies. George lives in Longmont and hunts most often in the Roosevelt and Grand Mesa/Gunnison National Forests, and the Wyoming Prairie. He primarily fishes Front Range streams and the Arkansas River basin.

“I am mostly pure fly fisherman these days,” George says, “targeting trout, but also panfish and bass. I am a generalist hunter: targeting whatever the season provides. However, spring turkey and archery elk are the two seasons I plan and train for year-round.” He’s a self-taught fly-fisherman and hunter (sans waterfowl), and uses both a compound bow and rifle.

George learned waterfowl hunting from Backcountry Hunters & Anglers State Policy Director, Tim Brass, who’s also a Colorado resident. “However,” George adds, “I would say that I am most inspired by Hemingway’s ‘Green Hills of Africa,’ the stories of my grandfather hunting hogs in the Everglades with his .357 magnum, and my father’s deer, turkey and javelina hunting down in Texas.” 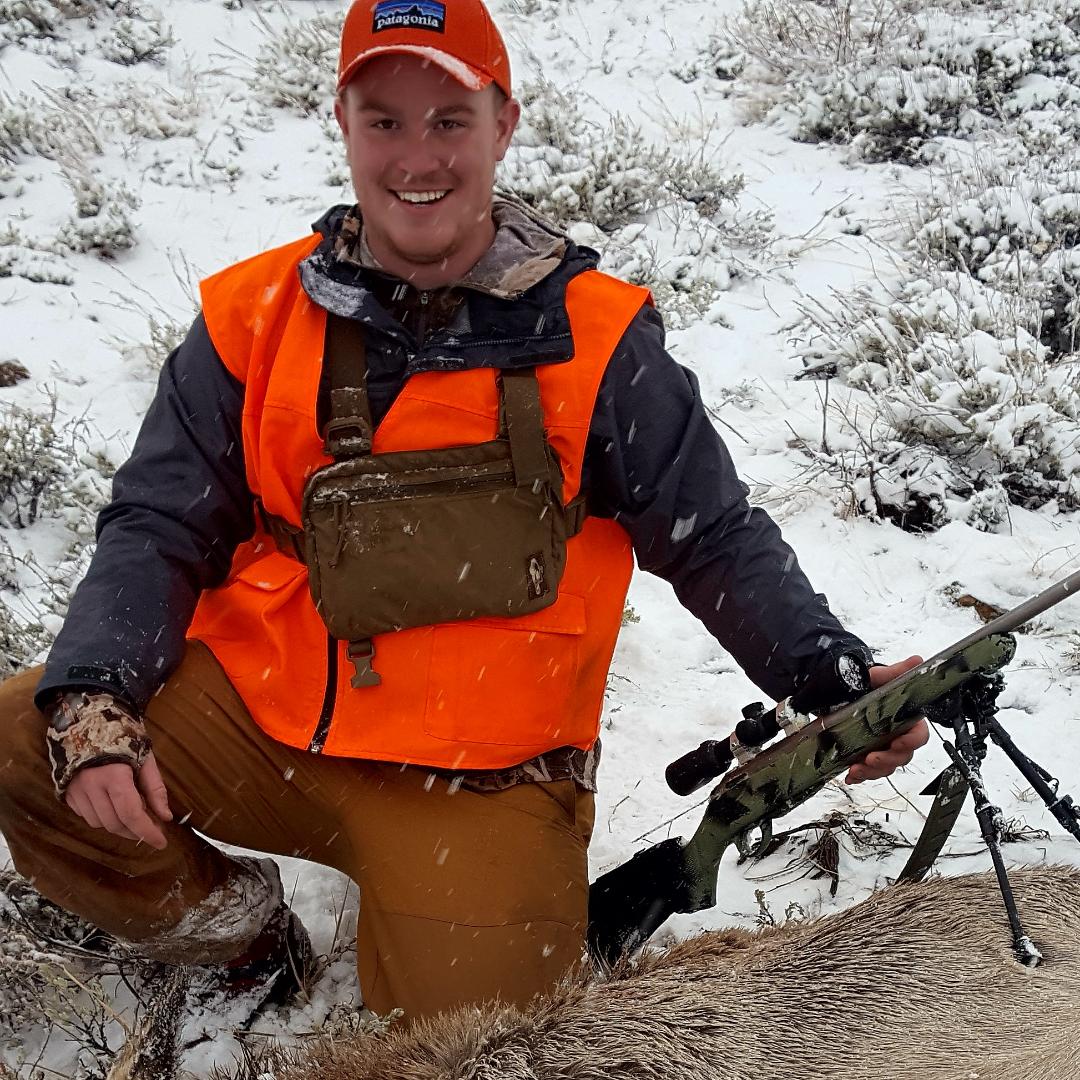 Jordan was born in Louisiana, but has lived on Colorado’s Front Range since he was two years old. “I would always fish during the summers in Louisiana with my grandpa,” he says. “And sometimes take trips up to the Beartooth Mountains for fishing.” One of his main inspirations for flying fishing and hunting was “an Army friend, Todd Bentley, who showed me how to do it all.”

Jordan served in the U.S. Army (in Alaska), where he learned to fly fish and hunt, and spent a year deployed. In 2014 he moved to Greeley with his wife and two dogs. “I mostly spend time fishing on the North Fork of the Poudre near Livermore or in local ponds and lakes,” Jordan adds. “I hunt near the Routt and Roosevelt national forests.”

He started hunting elk in 2015 and put his first elk in the freezer during the 2017 season. “I have hunted small game and plan on trying deer and bird hunting,” Jordan said. “I have fished for salmon and trout, and live close to a lake where I do a lot fishing for crappie and panfish.” He hunts mostly with a rifle, but put in for archery tags during 2018.

“I have been an Army medic, Backcountry Ranger for the National Park Service, Detentions Deputy, forestry worker, tree climbing apprentice and a few small jobs in between,” Jordan adds. He’s currently finishing a degree in respiratory therapy and is about to be the father of two (a daughter and adopted son).

Chapter chairman, David Lien (a U.S. Air Force veteran), said: “George and Jordan have chosen to help defend and perpetuate our great public lands hunting/angling heritage by volunteering with the Colorado BHA chapter. In a world increasingly characterized by myopic selfishness, their innate selflessness is commendable and characteristic of BHA members nationwide. We need many more like them!”

Founded by Mike Beagle (a former U.S. Army field artillery officer) and formed around an Oregon campfire in 2004, BHA is the sportsmen’s voice for our nation’s wild public lands, waters and wildlife. With over 20,000 members spread out across all 50 states and Canada, including chapters in 39 states and two international chapters—in Alberta and British Columbia—BHA brings an authentic, informed, boots-on-the-ground voice to the conservation of public lands. Since the Colorado BHA chapter was founded by David Petersen (a U.S. Marine Corps veteran) in 2005 (the first official BHA chapter), they’ve grown their boots-on-the-ground presence to over 1,300 dedicated hunters and anglers.