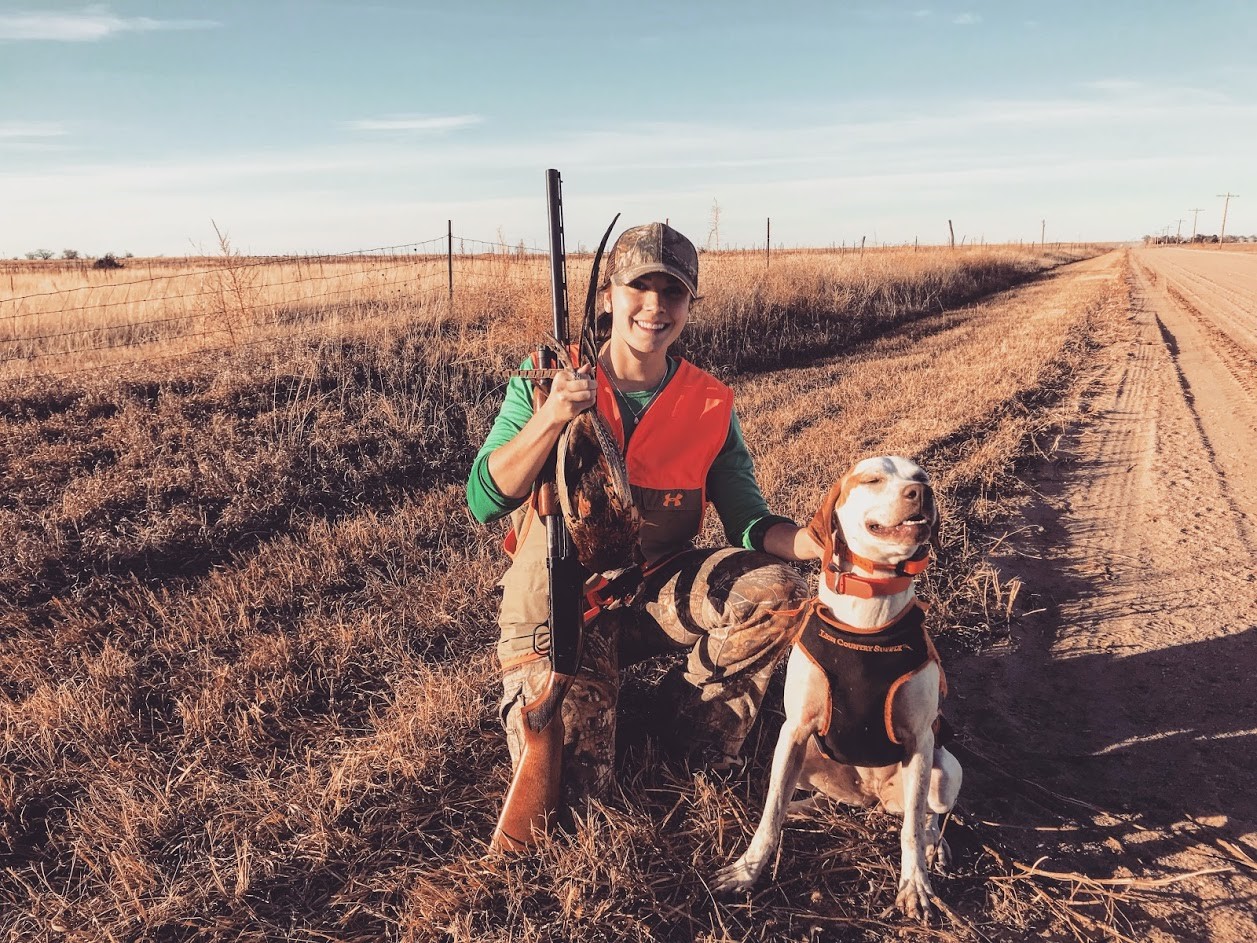 The Colorado chapter of Backcountry Hunters & Anglers recently appointed Lauren Jaebker to serve as an Assistant Regional Director for the Northern Colorado region.

Lauren was born and raised on the west side of Colorado Springs, Colorado. She started fly-fishing at a young age and some of her earliest memories are from exploring the streams that flow west of Colorado Springs in the Pike National Forest. “Actually, before I was allowed to tag along on the streams, my dad would ask me to watch him tie flies on his handmade fly-tying bench,” she said. “I eventually graduated from watching to doing, but to this day I’m still horrible at tying anything!”

“My greatest mentor was my father,” Lauren added. They would wake up before sunrise, drive 40 miles to the donut house to fuel themselves before hitting the streams, then hike several miles in before getting to their favorite spot on the water. “Most of our days on the river included my father unraveling knotted leader and tippet for me, but he didn’t seem to mind much—we were both happy to be outside, enjoying public lands together. My father taught me patience, respect, and love for wild places that I still value today.”

“Today, my hunting and fishing mentor is now my partner, Will. We actually met at a BHA story-telling night,” she says. Lauren’s passion and love for the outdoors eventually snowballed into a career. She has a Bachelor of Science degree from Colorado State University in Fish, Wildlife, Conservation Biology, with a concentration in Wildlife Biology. Her first wildlife-related position after college was investigating the effects of noise pollution from energy development on the bat community in the Piceance Basin of Colorado.

After that, she worked as a Wildlife Technician for Colorado Parks and Wildlife on a chukar reintroduction project. Most days were spent hiking public lands conducting telemetry or cruising in the Cessna doing aerial telemetry. Next, she worked for the USDA Wildlife Service where as a Biological Science Tech researching reproductive control methods in feral horses as well as strategies to help eliminate rabies in wildlife.

Currently, she is attending graduate school at Colorado State University studying Human-Wildlife Conflict as it relates to wild pigs. “My interests are mostly in social psychology, understanding various stakeholder groups, including hunters!” Lauren says. “The department I’m in is called Human Dimensions of Natural Resources, which is extremely interdisciplinary!”

“I didn’t start hunting regularly until after I graduated college—I had more time and money to add another outdoor hobby to the mix,” she explained. “I also didn’t take hunters safety until I was a senior in college, through a scholarship program I was nominated for by my professors at the time. However, I did tag along on a few deer hunts to be an extra set of eyes with my dad when I was a kid.”

Lauren’s first hunt on her own was for pheasant, which is still one of her favorite hunting pursuits. “Although pheasant was fun and instantly satisfying, I wanted more of a challenge for myself,” she adds. “I decided to take-up big game archery at 23 years old. My first step was purchasing a compound bow. For a while there, I would practice with it every day … My compound bow is my favorite, but nothing beats a good ole’ shotgun!”

She started attending BHA Pint Nights and Storytelling Nights during 2017 at New Belgium Brewing Co. in Fort Collins. Eventually, she started volunteering to help out good friend, Kylie Schumacher, the Northern Colorado Group Regional Director (at the time). “It wasn’t until the first Women in the Woods R3 event series, in February 2019, that I realized I wasn’t an official member—so I made it happen!” she said. “I was hoping to get a Sitka package from the raffle. Turns out I got a community of people that I share common values and love of public lands with—a way better prize than Sitka gear.”

Today, Lauren still loves fly-fishing more than anything. “It’s frustratingly challenging and I wouldn’t change it for the world,” she says. “Some of my favorite places are up the Poudre Canyon near Fort Collins or in Rocky Mountain National Park. Just recently I began small game hunting for dove … We will see how that goes!” Lauren lives in Fort Collins.

“We are excited to have Lauren helping us further advance the BHA mission. Her expertise in surveying and analytics will enable us to better engage with Colorado BHA members on their interests and concerns surrounding wildlife, access and habitat,” Northern Colorado Regional Director, Justin Cross, said. “In addition to her surveying and analytical expertise, Lauren has been active with the CSU BHA community and has great relationships within the BLM, CPW, and USFS.”

Founded by Mike Beagle, a former U.S. Army field artillery officer, and formed around an Oregon campfire, in 2004, Backcountry Hunters & Anglers is the sportsmen’s voice for our nation’s wild public lands, waters and wildlife. With some 38,000 members spread out across all 50 states and 13 Canadian provinces and territories—including chapters in 45 states, two Canadian provinces and one territory, and Washington, D.C.—BHA brings an authentic, informed, boots-on-the-ground voice to the conservation of public lands. Since the Colorado BHA chapter was founded by David Petersen (a former U.S. Marine Corps helicopter pilot) in 2005 (the first official BHA chapter), they’ve grown their boots-on-the-ground presence to 2,800 dedicated hunters and anglers.[1]

share on
See other posts related to Colorado News Colorado BHA Issues & News
Get the latest news and stories, right to your inbox.
Search
Local Chapters