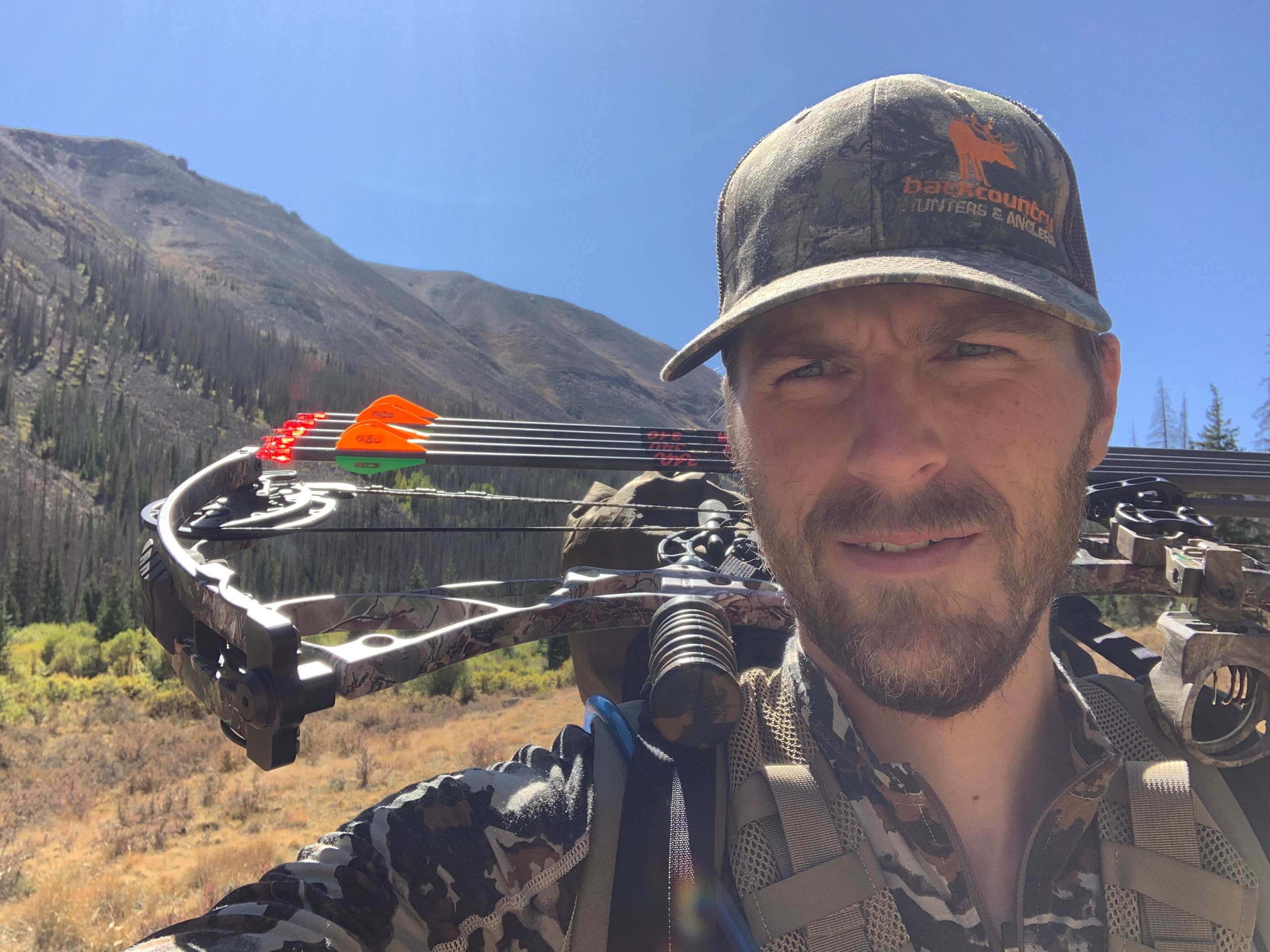 The Colorado chapter of Backcountry Hunters & Anglers (BHA) recently appointed Derek Pankratz to serve on the Colorado BHA Chapter Leadership Team (CLT) as Communications Co-Chair after a year of serving as a Habitat Watch Volunteer (HWV).

Derek was born and raised in northeastern Wisconsin along the shores of Lake Michigan. He started gun deer hunting at age 12 and began archery hunting not long after. “I was fortunate to have many uncles and cousins who hunted when I was growing up and they taught me foundational skills,” he said. “That said, a lot has been self-taught—with lots of mistakes along the way! My brother is my primary hunting partner and has been a great mentor, even though he’s three years younger (don’t tell him I said that).”

Over the years Derek has steadily expanded his hunting portfolio to include turkeys, rabbits, squirrels and a “bit of dabbling in waterfowl.” He hunts with a compound bow, rifle and shotgun. “I’m a very casual angler but do like the simplicity of Tenkara-style fly-fishing,” he added. Derek studied economics and political science at the University of Wisconsin-Madison. “I worked for the government in DC before deciding it wasn’t for me,” he said. “Now I’m a researcher and writer for a global consulting firm, currently focused on climate change and corporate sustainability.”

Since moving to Colorado, Derek has been working on building his mountain hunting skills, mostly chasing elk with a bow, but also mule deer and dusky grouse when he stumbles into them. “I really love archery elk hunting. September in the mountains with bugling bulls is something special,” he added. “Mule deer, too, when I can get a tag, along with turkeys and grouse. Looking forward to pulling an antelope tag … A bit of trout fishing in the summer as well.” 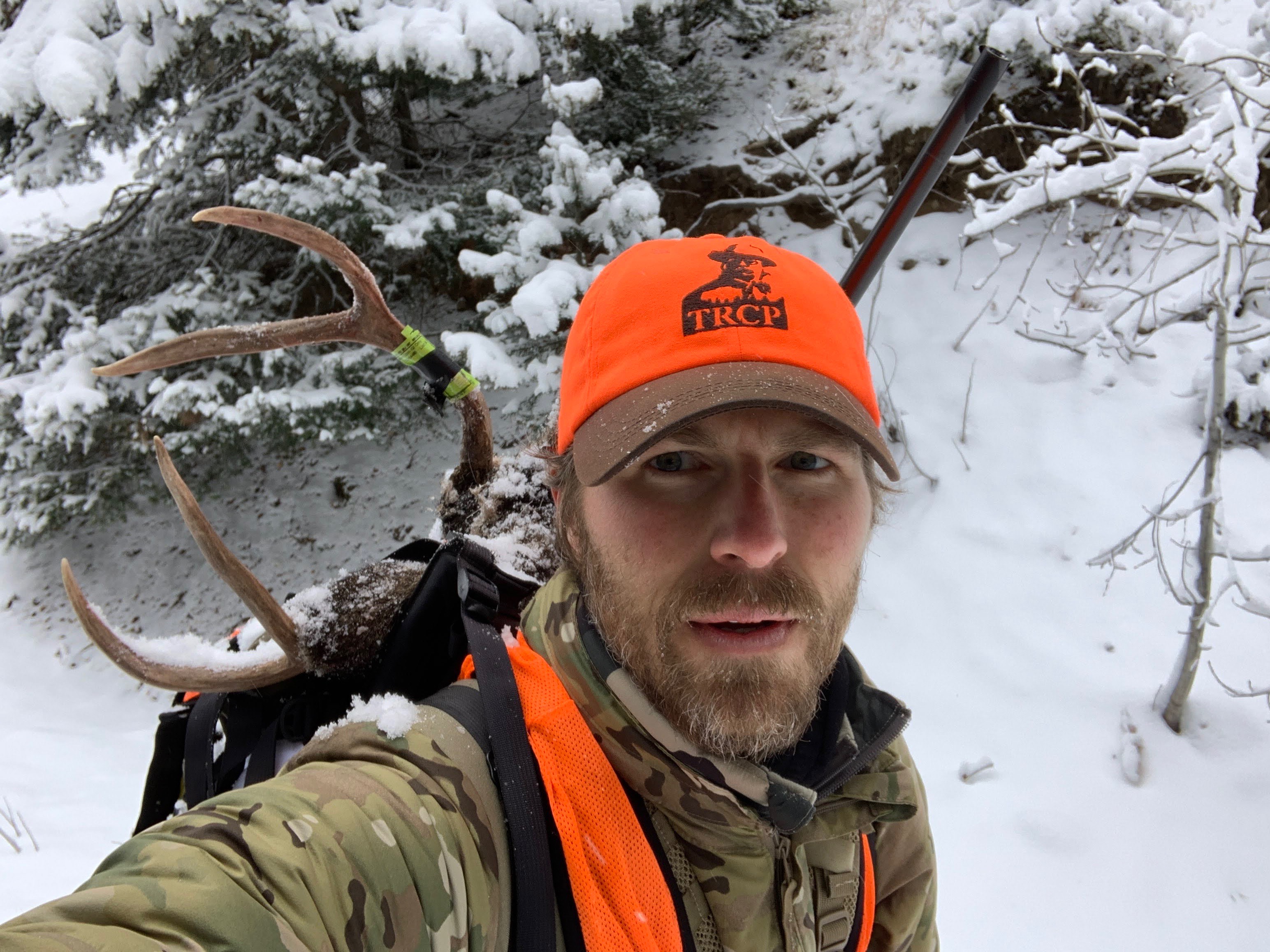 His youngest daughter is very interesting in fishing—including ice fishing—so spending more time on the water with her is a priority. This past fall Derek also made a trip back to Wisconsin to hunt public land whitetails and small game. “The deer hunting was unsuccessful, but it was great to be back sitting twenty feet up in a red oak,” he said. “I did bring home some gray squirrels, though! I miss chasing those ‘tree ninjas.’”

Derek lives in Gunnison. “We moved from Wisconsin in large part because of the incredible access to public lands, and we’re fortunate to have so many opportunities here to hunt, fish, camp, hike, mountain bike and ski,” he explained. Derek first heard about BHA from his brother and joined in 2017.

Founded by Mike Beagle, a former U.S. Army field artillery officer, and formed around an Oregon campfire, in 2004, Backcountry Hunters & Anglers is the voice for our nation’s wild public lands, waters and wildlife. With over 40,000 members spread out across all 50 states and 13 Canadian provinces and territories—including chapters in 48 states, two Canadian provinces and one territory, and Washington, D.C.—BHA brings an authentic, informed, boots-on-the-ground voice to the conservation of public lands. Since the Colorado BHA chapter was founded by David Petersen (a former U.S. Marine Corps helicopter pilot) in 2005 (the first official BHA chapter), they’ve grown their boots-on-the-ground presence to some 2,100 dedicated hunters and anglers.