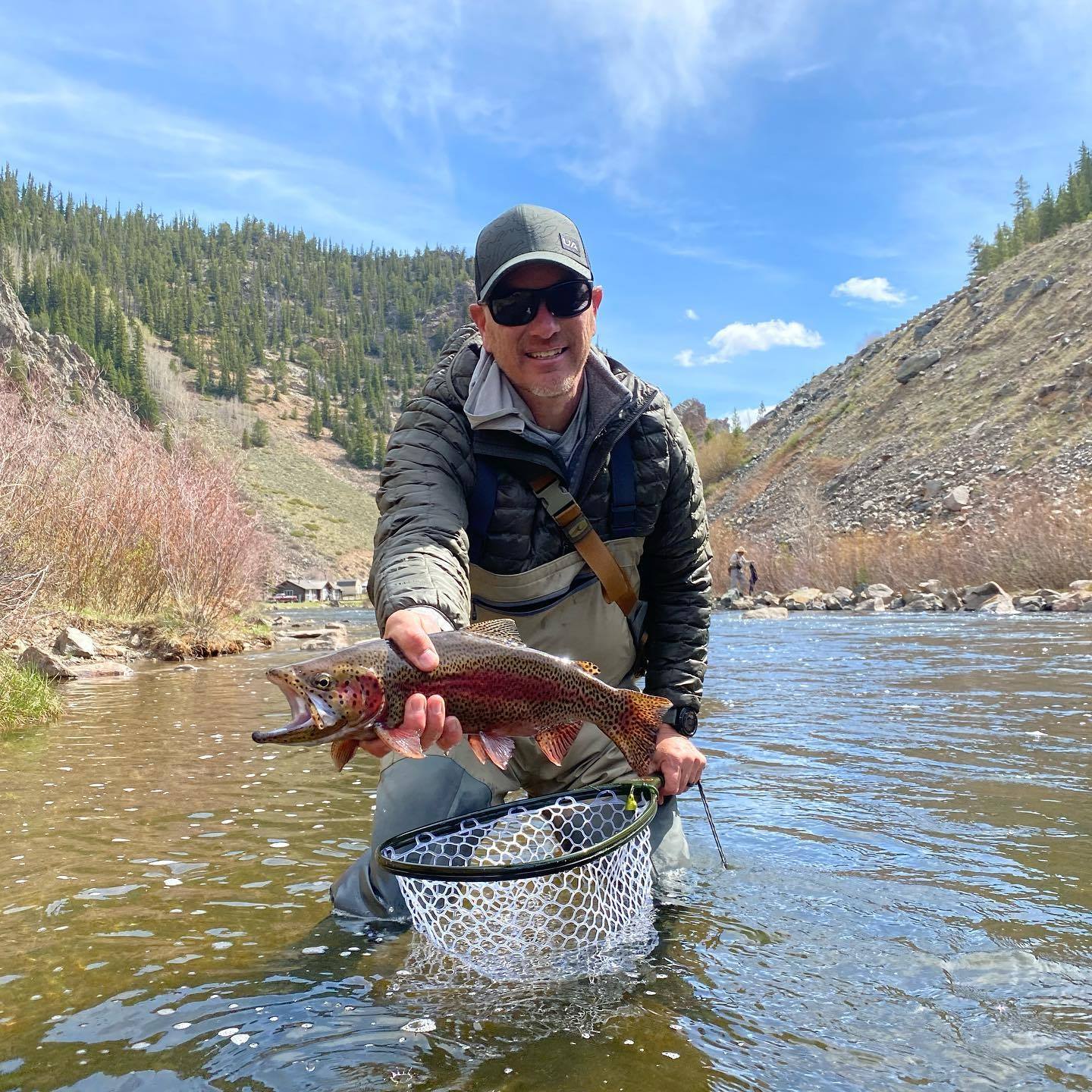 Dave was born and raised in New England (Methuen, Massachusetts) and started fishing and hunting whitetails with his grandfather and a friend who he still hunts with today. “I started angling with my grandfather while I was a kid,” Dave said. “I got very involved in the outdoors and conservation through the Boy Scouts. The Scouts really provided the opportunity to spend time in the outdoors and gain an appreciation and passion for the outdoors and wildlife.”

Today Dave chases trout throughout the western states and hunts turkey, mule deer and elk, primarily with a bow, but he also uses a muzzleloader. Dave works as an executive director for a sports-related nonprofit in the Olympic Space and lives in Colorado Springs. “Being involved with supporting the outdoor movement in Colorado, I wanted to get involved and make a bigger impact,” he said. “I heard about BHA through Colorado Parks and Wildlife.” Dave is also a member of Rocky Mountain Elk Foundation and volunteers for CPW’s Raptor Monitor Program.

“Colorado BHA’s growing team of Habitat Watch Volunteers is a testament to our expanding boots on the ground effectiveness across Colorado and the continent,” co-chair Don Holmstrom said. “We’re lucky to have volunteers like Dave leading the way in the Pike-San Isabel National Forest.”

Founded by Mike Beagle, a former U.S. Army field artillery officer, and formed around an Oregon campfire, in 2004, Backcountry Hunters & Anglers is the voice for our nation’s wild public lands, waters and wildlife. With over 40,000 members spread out across all 50 states and 13 Canadian provinces and territories—including chapters in 48 states, two Canadian provinces and one territory, and Washington, D.C.—BHA brings an authentic, informed, boots-on-the-ground voice to the conservation of public lands. Since the Colorado BHA chapter was founded by David Petersen (a former U.S. Marine Corps helicopter pilot) in 2005 (the first official BHA chapter), they’ve grown their boots-on-the-ground presence to some 2,000 dedicated hunters and anglers.