We all know what a difficult and lengthy journey it is to get a habitat project off the ground. That’s why it is so important to continue monitoring these projects to ensure our efforts are making a difference and to make sure we know if additional efforts are needed.

In recent years, the USFS has been hard at work in Pike National Forest to improve habitat and facilitate wildfire mitigation. Inherently, wildfire mitigation leads to opening terrain and establishing great habitat; and unfortunately, in some instances, open terrain has led to an increase in illegal OHV-recreation.

Illegal OHV activity became fairly common on these USFS equipment access roads, and began to have a negative impact on the newly open mountain-scape near Payne Gulch which holds great potential for great big game and turkey habitat.

Area residents reached out to BHA Habitat Watch Program volunteers seeking help. After visiting the site and seeing first-hand how the situation was progressing, BHA volunteers began discussions with the South Platte Ranger District to gain approval for a signage program. There was nothing new about having signage in the area. 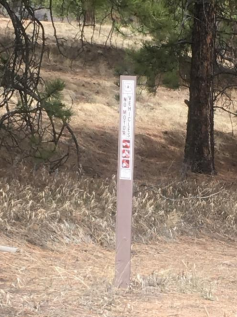 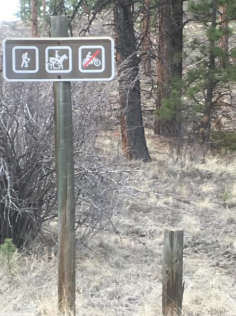 Yet, it seemed that these administrative roads were leading to concerning and high levels of illegal OHV use. This illegal activity began in the National Forest at the logger’s access, and continued deeper into the Forest. 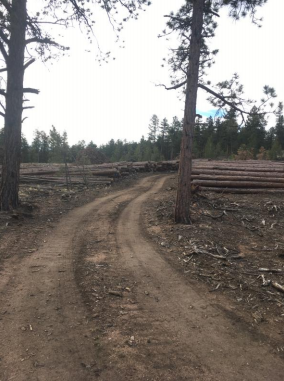 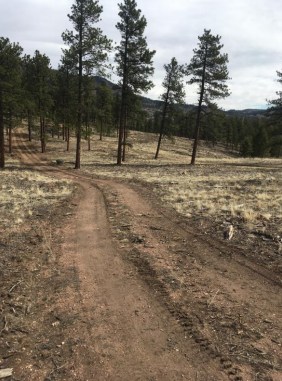 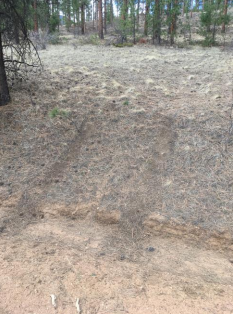 And it wasn’t long until it became apparent that new trails were splintering away for the original USFS equipment paths.

BHA acted fast to turn the tides through education, advocacy – and good old fashioned (signage) obstacles – before the warm weather brought the dense wave of motorized vehicles into the fledgling habitat. 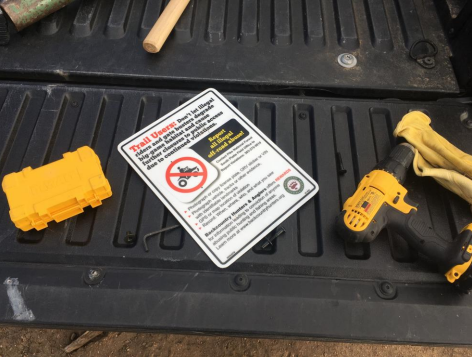 In April 2019, BHA Habitat Watch Program volunteers, with some helpful visits by some of the area residents who originally brought the concerns to BHA’s attention, signs were installed at the main point of illegal entry, as well as the Payne Gulch trailhead. With any luck, the illegal activity will dissipate either through greater awareness or by empowering hikers to report violations to local authorities and BHA.

USFS made great headway toward habitat improvement with their efforts. 4WDs and OHVs began to hinder and degrade the progress that had been made. BHA is committed to helping restore the gains being made.

We’d also like to extend a huge “thank you” to the kind stewards of the backcountry who picked up trash in the area in the days between our initial site evaluation and the installation day. We don’t know who you are, but appreciate all that you are. 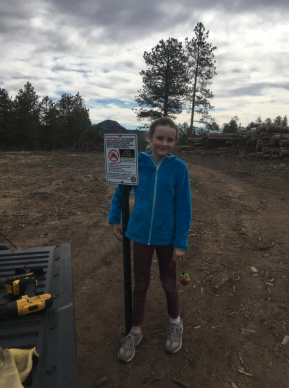 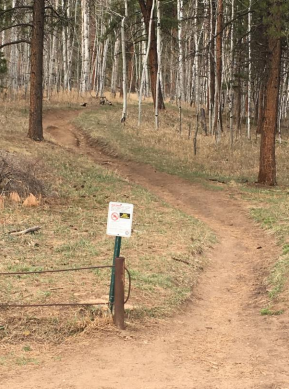