Each year The San Juan Mountains, located in Southwestern Colorado, attract thousands of big game hunters from across the United States. The area offers some of the best backcountry 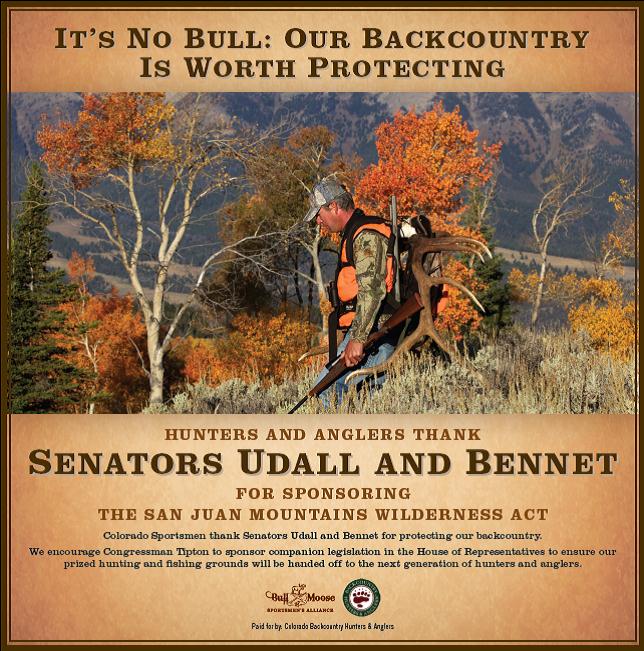 hunting in the state and this proposal will ensure that it remains so.

The proposal, originally introduced by then Congressman John Salazar in 2009, was reintroduced by Senators Udall and Bennet in 2011. It includes wilderness additions to the Mount Sneffels, Lizard Head, and Whitehouse Wilderness Areas, and would create a Sheep Mountain Special Management Area.

Developed at the grassroots level, the current wilderness proposal was incorporated a variety of interests, resulting in broad-based support. BHA has full-heartedly endorsed the proposal along with other sportsmen organizations, such as Trout Unlimited and Bull Moose Sportsmen Alliance. The proposal even enjoys support from groups precluded from wilderness areas, such as the International Mountain Biking Association, as the proposal was

carefully designed to limit impacts on both mountain bike and motorized use.