Backcountry Hunters & Anglers (BHA) is the voice for our public lands, waters and wildlife. We seek to ensure North America’s outdoor heritage of hunting and fishing in a natural setting through education and work on behalf of fish, wildlife and wild places. The Colorado Chapter of BHA would like to request your involvement regarding the Uinta Basin Railway Project, which has received preliminary approval from the USFS.

While this project is based in Utah we are concerned about the unwanted impacts this railway could have in our home state of Colorado. If this project is approved the Union Pacific Railway route along the Colorado River and the Arkansas River through Browns Canyon could see an estimated three to ten more trips a day for crude oil transport. Crude oil train cars tend to be longer, heavier, and more difficult to control, increasing the potential of track failure in this mountainous region which is prone to severe weather.

Heavy crude oils are highly toxic and almost impossible to remove from a water source; contamination is severe and long-term. The waxy-crude oil this railway proposes to transport does not float on water. Were a spill to occur along the Colorado River it would require heating up the rocks, gravel, dirt, and water to remove the substance from the environment, a virtually impossible task. It took 10 years to “cleanup” the Kalamazoo River after a 1-million-gallon oil spill in Enbridge Marshall, MI; while this is an example of a refined oil spill the consequences of a crude oil spill would be of greater consequences. Water contamination is not the only risk crude oil transport poses to our local environment. Crude oil railway transport increases the risk of fire ignition and spread. Historical data suggests once a fire ignites on a High Hazard Flammable Train, offensive firefighting strategies are ineffective. In a state already heavily scarred by major wildfire events, where local response teams are often stretched thin in the summer months, we cannot afford this kind of risk.

This project would pose an unacceptable threat to our cherished waterways, landscapes, and wildlife which contribute millions of dollars to our state economy. Ensuring Coloradans and future generations have the ability to fish, wade and recreate on our public waters and lands is a priority for Colorado BHA. We respectfully request that you intervene to ensure decisions made by the USFS in Utah don’t jeopardize Colorado’s public lands, waters, and wildlife.

Before closing we want to thank you for your public service and your ongoing efforts to protect the wild lands of the West. Please take our comments into consideration and include them in the public record regarding the Uinta Basin Railway Project. 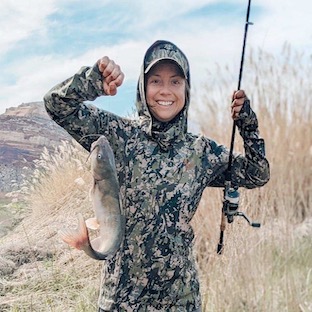 About Brittany Parker
share on
See other posts related to Colorado BHA Colorado
Get the latest news and stories, right to your inbox.
Search
Local Chapters