The U.S. Forest Service’s GMUG Ranger District and the Center for Public Lands teamed up to provide an informative field trip to Taylor Park. Field trippers convened at the Tin Cup Town Hall and listened to an overview of the Taylor Park Vegetation Management Project and the corresponding Environmental Assessment (Taylor EA) from Gunnison Forest Service District Ranger Matt McCombs. The District Ranger also gave a summary of the partnership with Western Colorado University’s (WCU) Center for Public Lands to lead the Adaptive Management Group and Science Team associated with the Taylor EA.

Next, Dr. Jonathan Coop of WCU introduced the science team and its monitoring efforts. Gabby Zaldumbide, BHA’s Gunnison Valley Regional Director, is part of the science team while she conducts her master’s project in Taylor Park. Dr. Coop said the goal of the science team is to inform and provide feedback to the agency as it manages the Taylor EA so it can assess the effectiveness of treatments in increasing forest resiliency. The science team is also responsive to public concerns in designing its monitoring efforts. This year, the team is focused on determining current forest and stand health, taking into account historic management efforts. That way, the team can have a baseline for future Taylor EA monitoring. It was noted that the science team also sent out a survey to Taylor Park residents and general forest users to improve WCU’s understanding of public perceptions of forest management on the Gunnison Ranger district of the GGMUG National Forests, specifically Taylor Park area.

District Ranger Matt McCombs also highlighted common areas of input received from the most recent comment period on the Preliminary Environmental Assessment, which occurred in April 2019. He noted a major concern highlighted is the number of temporary roads called for in the proposal. As a result, the agency is working to develop an alternative that will reduce the needed road infrastructure and plan for successful decommission and mitigation of the illegal use of temporary roads by recreationists. Matt noted the projected timeline moving forward is to develop the revised alternative by September and a decision by winter 2020.

To end the day, McCombs opened the discussion up for final questions and gave an outline of the project’s next steps. Next steps include working with the science team to develop the alternative EA and bringing the revised Taylor EA to the AMG for review in September. After the final decision is reached in winter 2020, there will be a 30-day objection period, during which the public can comment on the plan. If you’d like to read more information on the Taylor EA, visit this USFS website. If you’d like to stay up-to-date on Adaptive Management Group and Science Team activities, check the CPL website regularly for updates. As always, feel free to reach out to Gabby Zaldumbide at gabriela.zaldumbide@western.edu if you have any questions or concerns regarding the Taylor EA. 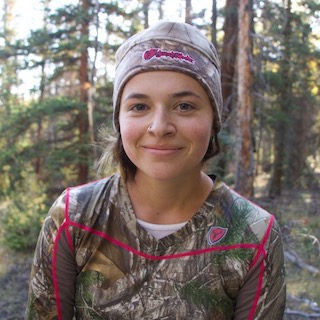