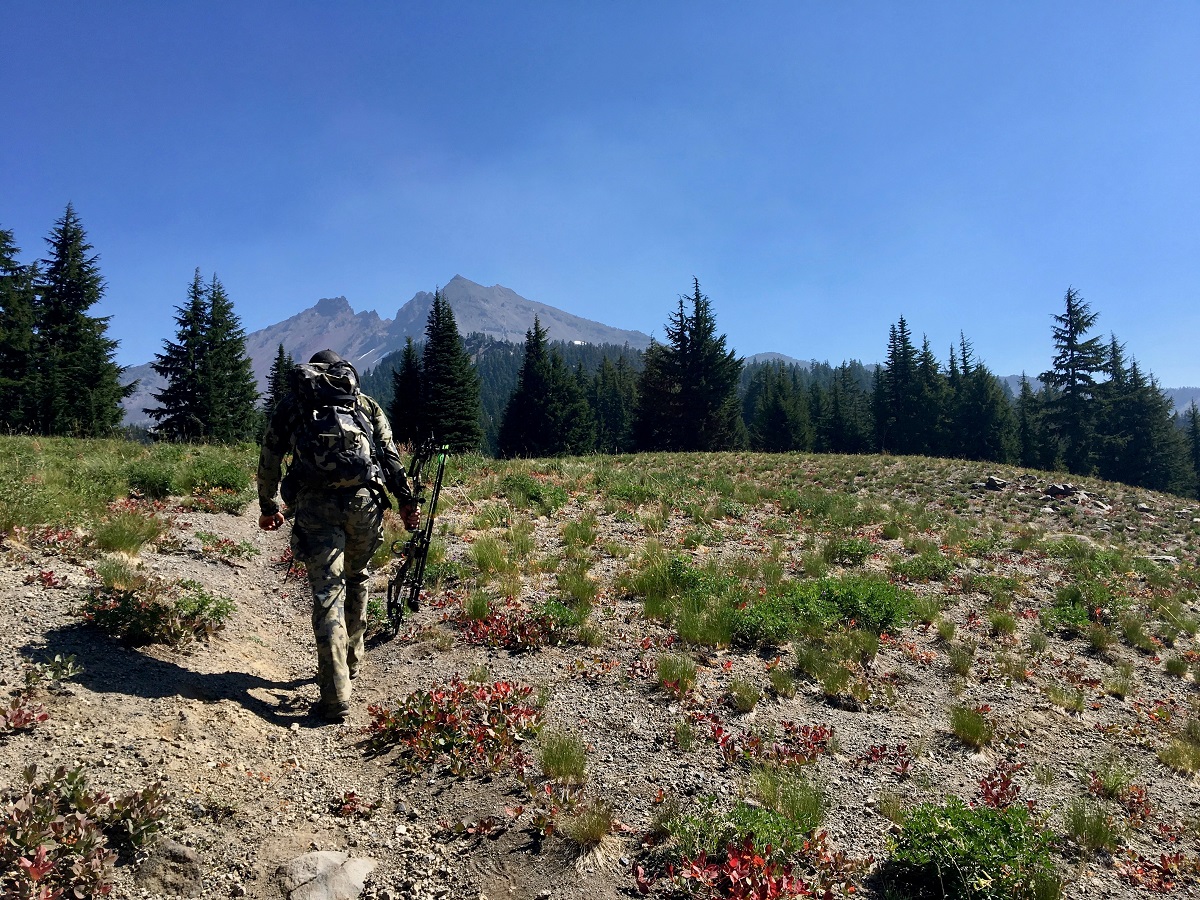 In Oregon’s scenic Central Cascades, the undulating terrain that bisects east from misty west has drawn growing crowds of backcountry travelers, summer after summer. Here, admiration and idolization of our peaks and forests have outpaced our ability to manage them according to their land-use designation.

As trails are beaten wide and begin to braid, a subsequent slew of consequences ranging from ecological to political erupt into public discourse. Viewed within the framework provided by the Wilderness Act of 1964, the exuberant levels of traffic create some serious dissonance for land managers and devoted stewards of wilderness – striking a balance that upholds the spirit of the wilderness designation is certain to be a challenge.

In Oregon, five wilderness areas have seen major impacts with some Forest Service surveys reporting traffic as high as 636 percent of recommended capacity at some trailheads. Put simply, they’re being loved to death.

In January 2017 staff from the Deschutes and Willamette national forests began a National Environmental Policy Act (NEPA) process, analyzing strategies for managing visitor use in the five Central Cascades wilderness areas. Oregon BHA submitted comments during the initial scoping period and, along with other Oregon-based organizations and agencies, began advocating for solutions that would address resource impacts and maintain wilderness character without creating further barriers to access for hunters and anglers.

In November 2018 Deschutes and Willamette National Forest supervisors released their first draft decision, which outlined a limited entry system that would regulate day use and overnight use at some trailheads during periods of peak visitation in the Mt. Jefferson, Mt. Washington, Three Sisters, Waldo Lake and Diamond Peak wildernesses.

The limited-entry permit season, as it was proposed, would run from late May to Sept. 30. In partial recognition of the inequities faced by hunters, the Forest Service granted exemptions for limited-draw hunts. But unfortunately, the logic that influenced the exempted hunts was not consistently applied, and other hunts – specifically Oregon’s general archery season – would not receive the exemptions.

That wasn’t the only language in the draft that sparked concern. The Forest Service stated, “All user groups would have equal access to obtaining a permit for a trip, whether for an overnight or day trip, and all user groups would be equally impacted by the permitting process.” This statement simply does not hold true for hunters. To date, hunters had been the only wilderness user group whose activity already was being regulated; our distribution both spatially and temporally already is carefully and competently managed – both legally by our state game agency and practically by the very wildlife we pursue. Despite our input, the Forest Service had failed to acknowledge that hunters faced a truly unique situation in the larger ecosystem of recreationalists.

In December Oregon BHA joined the Oregon Department of Fish & Wildlife (ODFW) and others in filing an objection and suggested alternatives that acknowledge the difference in use-philosophy and resource impact between hunters and other user-groups. We asked that forest supervisors consider the added challenges that this system will pose to hunters whose numbers and distribution already are carefully managed by state wildlife agencies and who already have limited timeframes in which to hunt. For the next several months the USFS was silent. Our uncertainty was amplified as other players began to treat conditions set in the draft decision as a foregone conclusion. With nearly two years invested and the lingering fear of losing backyard hunting zones, we made ourselves busy setting the board for a blitz upon release of the final decision. We sought advice from our peers at other chapters and stoked our fire by reactivating our other objecting partners. We found solace in hearing that our dialogue took on life at higher levels of bureaucracy, but only time would tell the next steps.

Then, on May 10, the Willamette and Deschutes national forests released their final decision with day-use exemptions included for Oregon’s general archery deer hunters. We had expected mixed results but were shocked, nonetheless. At the beginning of the process, we had established that general archery for deer and elk would be our Alamo. The exemption included deer but omitted general archery elk. It seemed like an oversight, and thankfully a few tactful-yet-spirited calls proved that indeed it was, and that it would be easily corrected.

One challenge still remains regarding overnight trips. Under the current decision, hunters would be subject to the same limited-entry permitting process as all other user-groups. This presents some issues as the reservation period comes before Oregon’s controlled hunts are announced. This would clearly disadvantage hunters in the permitting process, but thankfully, the USFS is invoking adaptive management in the early stages of their new limited entry system, and there remains time and opportunity to ensure that the process is made equitable. We are heartened to see increased interagency coordination written into the plan and look forward to helping to create and contextualize data that will speak for the things that cannot speak for themselves.

Those who have worked on this project will have plenty to be thankful for the next time our boots meet the trail: Chiefly, this land is ours in the first place and public process worked pretty much as intended. Of course, it helps to have allies who are no stranger to work – people who show up to defend wilderness tend to be the kind not easily dissuaded by long miles or strenuous effort. We also should count ourselves lucky to have started this process with no real deficits in social capital – one could only imagine how difficult it could have been if Oregon BHA’s relationships with other users were more adversarial – it proves that pleasantries shared from tailgates and passing smiles on the trail are truly valuable currency.

We can be certain that, in the era of the recreation economy, human traffic will continue to increase and places that have previously maintained a sense of natural permanence will continue to require protecting. We can expect that rules like this will make their way into more and more wilderness, and when they do, we cannot depend solely upon precedent. As backcountry hunters and anglers, we will always need wilderness – capital “W” or otherwise. Public land will always require a public process, and we always will need sportsmen and women to lead, to build coalitions and to show up to ensure that our access to these wild and public places remains intact.

Tristan Henry serves on the Oregon chapter board of Backcountry Hunters & Anglers. He is an avid outdoorsman and frequent visitor to the Three Sisters Wilderness and Jefferson Wilderness.

share on
See other posts related to oregon bha backcountry journal Oregon Issues summer 2019 Your Backcountry
Get the latest news and stories, right to your inbox.
Search
Local Chapters