Celebrating 60 Years of the National Grasslands 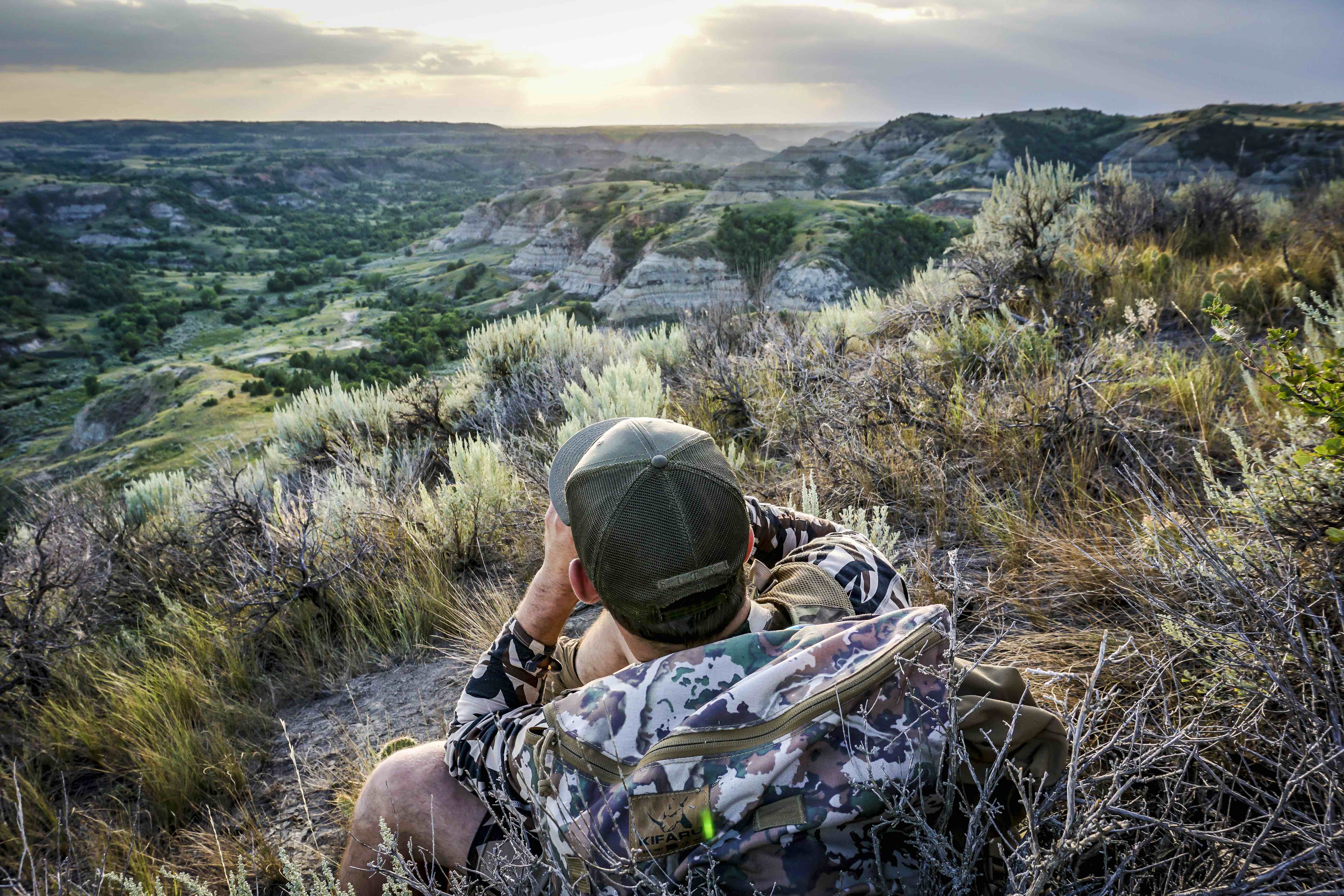 For us prairie dwellers who lack the large mountain ranges and vast expanses of the Rocky Mountain West, June 20th will be a day to celebrate. It marks the 60th birthday of our National Grasslands. The Grasslands’ story is one that is truly American: ripe with exploitation and natural disaster, an ensuing rescue effort, and prosperous success. The National Grasslands and portions of nearby Bureau of Land Management lands were once overgrazed, overhunted and abused sub-marginal farmland before a lengthy, bipartisan rehabilitation effort brought them back to a diverse and healthy range ecosystem in public ownership, where they remain today.

Although managed by the U.S. Forest Service, the National Grasslands were not part of the originally established 150 NFS lands that President Roosevelt set aside back in the early 20th century. Their origins can be linked back to the Enlarged Homestead Act of 1909, where free public land was offered to anyone who would cultivate it, all in the name of wheat. Demand for wheat grew so rapidly after the start of World War I that an estimated 20 million-plus acres of native prairie were cultivated and put into wheat production between 1909 and 1931 — an impressive feat given the agricultural technology of the time.

Unfortunately, that 20 million acres of native prairie had held down the soil for thousands of years, and, unbeknownst to the sodbusters, their aggressive cultivation efforts would become part of a perfect storm that helped to usher in the infamous decade of Black Blizzards. Sub-par soils, poor farming practices, wind erosion, over-grazing, and the worst drought ever recorded on the Great Plains led to the exodus of nearly 2.5 million people who abandoned their small farms during the late 1920s and ’30s. In fact, the misuse and over-cultivation of this prairie contributed to the greatest economic collapse our nation has ever experienced.

In response to this problem and the resulting economic hardship, a Land Utilization conference was held in 1931. One of the actions that came out of that conference was the creation of the National Resources Board. After three years of data collection and deliberation, the board recommended that the Federal Government purchase and develop the submarginal farmland to serve as a public resource to provide economic stability for remaining rural residents and launch reclamation efforts to stabilize the land itself. This effort was established as the Land Utilization Program, perhaps the most successful of the many experimental agencies that were spawned as a part of Franklin Roosevelt’s New Deal.

So, it came to be that the present-day Grasslands were purchased back from homesteaders under the authorization of the National Industrial Act of 1933, the Emergency Relief Appropriations Act of 1935, and the Bankhead-Jones Farm Tenant Act of 1937. Between 1933 and 1946, the Federal Government would spend $47.5 million ($4.40 per acre) on 11.3 million acres of land in 45 states. All land sales were voluntary, and 25,000 families elected to take the relief. More than 8,000 of them were in such desperate financial straits that they required federal assistance to relocate. All told, there were 250 Land Utilization Projects varying in size from less than a thousand acres to over a million acres.

Initially, the Resettlement Administration was given management authority over the Grasslands. However, in 1937 Title III of the Bankhead-Jones Farm Tenant Act gave then-Secretary of Agriculture Henry Wallace management authority over the purchased lands through the Soil Conservation Service. This was significant because Wallace’s progressive vision for agriculture and public land management was already put into play by one of the most important pieces of public land regulation to ever be signed — the Taylor Grazing Act of 1934.

Just days before the Taylor Grazing Act was signed, Wallace, a keynote speaker for the annual meeting of the Wyoming Stock Growers Assoc. took the podium and bluntly said, “It is all right, to go ahead if you want to under your rugged individualism and overstock your ranges and eat off your good pastures, it is all right for you to hurt yourselves if you want to, but it is a shame to hurt the land the way you have been doing.”

Henry Wallace’s work as Secretary of Agriculture laid the foundation for the ranching practices that are used on the Forest Service and BLM Lands today. Regulation that has kept them relatively healthy and protected them from the severe exploitation they faced leading up to the Great Depression.

By 1953, 2.5 million acres of the Land Utilization Projects had been transferred to agencies like the National Park Service, Bureau of Indian Affairs, and the U.S. Fish and Wildlife service. The remaining 8.8 million acres were assigned to the Department of Agriculture Forest Service in 1954. Over the next few years another 3.3 million acres were sold or transferred, chiefly to agencies like the Bureau of Land Management, but with some large chunks granted to state agencies for state parks and recreation areas.

Then on June 20, 1960, Acting Secretary of Agriculture True D. Morse officially designated 22 of these projects, totaling 3.8 million acres, as “National Grasslands”. Two years later, a new Secretary of Ag. Orville Freeman would add two more Texas projects, Boggy Creek and McClellan Creek, to the Grasslands. Over a decade later in 1976, the USFS reorganized and consolidated those 24 projects and assigned them the names that we are more familiar with today. The final addition would come in 1991, another lingering land utilization project, the Butte Valley Nat’l Grassland in northern California.

Today, the U.S. Forest Service administers 20 National Grasslands Units across 13 states. 17 of the units fall within the Great Plains, from my home turf, the Little Missouri Grasslands in the Badlands of North Dakota, to the Thunder Basin and Buffalo Gap units in Wyoming and South Dakota, to the Comanche canyonlands in southeast Colorado and the most southern, the Caddo and Lyndon B. Johnson units of North Texas, not far from Fort Worth. The outliers are Butte Valley and the Curlew Nat’l Grassland in southern Idaho.

These public lands are multiple-use, just as originally recommended by the National Resources Board in 1934. They are administered for outdoor recreation, range, timber, watershed, and wildlife and fish purposes under multiple-use and sustained-yield management. Retired from cultivation, they are now an American success story. The federal government took great effort to ensure that even though these lands were no longer privately owned, they could still contribute to local economies and communities. The Forest Service returns 25% of all federal revenue to the county in which the land resides. The lion’s share of that revenue is through resource extraction like oil and gas. There are also P.I.L.T. payments, or payment in lieu of taxes, to compensate county governments for any tax revenue lost due to their tax-exempt ownership.

The National Grasslands won’t demand your respect and attention like the mountains to the west. They have a contrastingly timid personality in comparison to some of those blunter western landscapes. Yet, they remain a unique pillar to our public lands inventory and to our American history. They should be treasured every bit as much as the 14er’s of Colorado or the red rock canyons and desert lands of the southwest. The Grassland’s flora and fauna are still strikingly diverse; For elk, bighorn sheep, mule deer, mountain lions, bobcats, coyotes, hundreds of species of birds and native grasses and wildflowers, the prairie they all call home has played an integral role in the ecological and economic tapestry of our country.

This June 20th, I’ll be tipping a cold one back in salute to one of my favorite hunting spots in the world, the Little Missouri National Grasslands. I am grateful for such a place to exist in my home state and for the hunting opportunity it provides me. I ask that you don’t forget or neglect these rangeland treasures. As history has already shown us, we would all be poorer for it.

About Brock Wahl
share on
See other posts related to North Dakota BHA North Dakota issues
Get the latest news and stories, right to your inbox.
Search
Local Chapters