A few weeks ago, my flawless run as a law-abiding hunter and angler in the State of California came to an end.

Now as someone who values conservation and takes fish and game laws in any state seriously, this was a serious dent in my street / backcountry cred – how could I have possibly dropped the ball?

Well – there’s good and bad news here; the good news is this little mistake has, in turn, lead to this blog post - so hopefully it raises some compliance awareness, but the bad news is that if you’ve fished or hunted out of state, I’d be willing to bet that 95% of you have made the same mistake.  The silver lining, though, is that by doing just a little bit of paperwork, we can help play a big part in collecting information that will have a big role in preserving our native wildlife.

So here’s what happened.  I was on my way home from hunting Whitetail in Arkansas and was excited to be bringing back the rewards of a successful trip, packing the ground meat bags and vacuum sealed steaks into the freezer box.  I checked it with our rifles and luggage at the ticket counter, hopped on the plane to LAX, and a few hours later I was stacking those little bars of gold in the chest freezer. 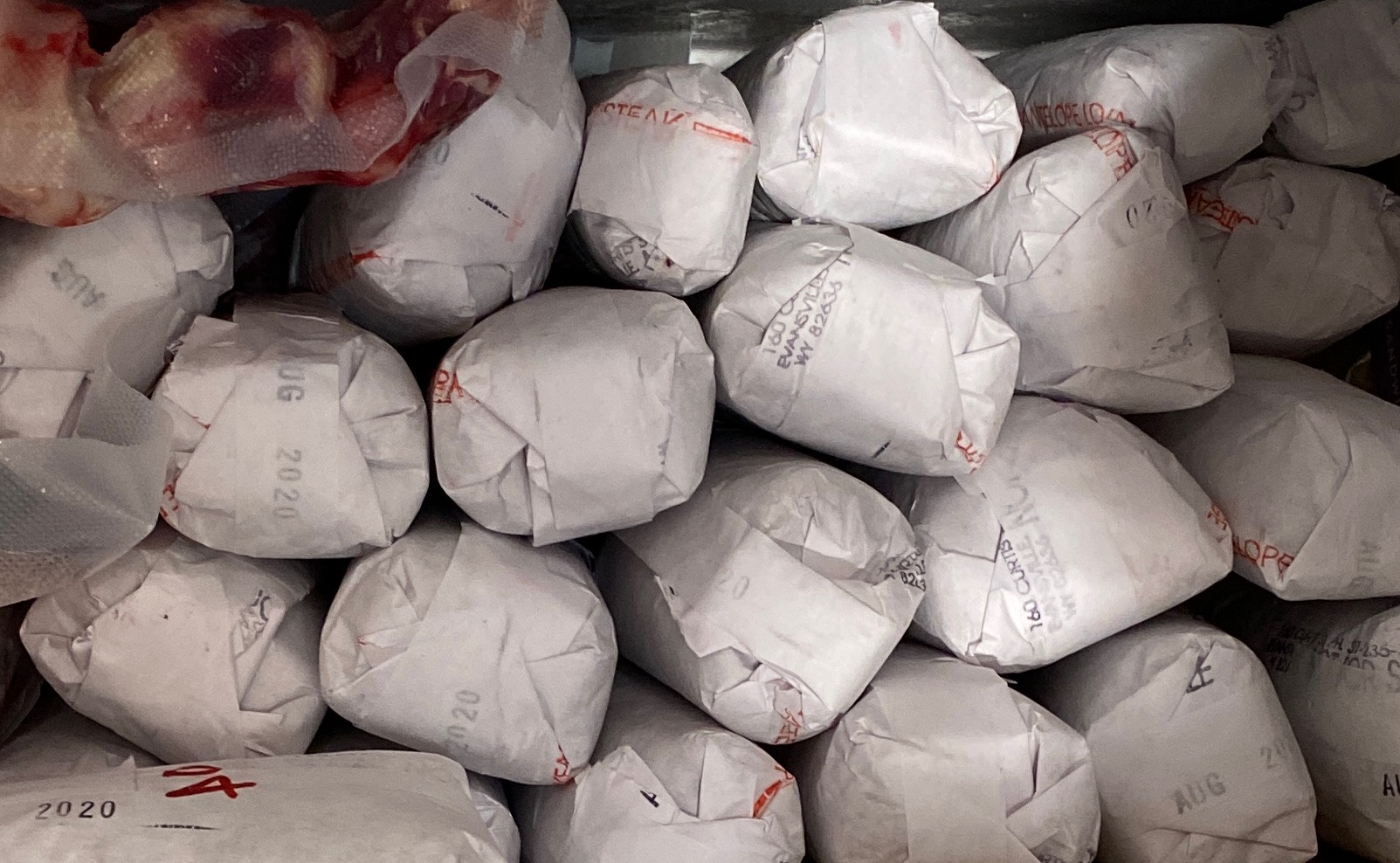 What I hadn’t realized though, was that I had just violated Section 2353 of the California Fish and Game Code.  The regulation clearly states that, “A declaration  is submitted to the department or a designated state or federal agency at or immediately before the time of entry, in the form and manner prescribed by the department.”  Yikes – not great.  I totally dropped the ball, and this wasn’t the first time.  What about the trips to Alaska years prior - bringing back Salmon, Halibut, Rockfish, Shrimp, Blacktail and Moose?  I never submitted those declarations either.

Now any accountable hunter knows that it’s their sole responsibility to know the regulations in the state they’re hunting in, front to back – no exceptions.  But what does California have to do with anything in this situation? And that’s why this caught me so off guard; I had followed the regulations exactly as directed in both Alaska and Arkansas during the take itself – it never dawned on me to consider any transit related laws I’d be subject to when bringing game home to California, especially since this wasn’t waterfowl.

So ‘how does this apply to me and my out of state trips?’ you’re probably wondering.

Well, more good news, not only are you now aware of California’s requirement to declare imported fish and game, but there’s also a proposal in the works to make compliance with this regulation easier for hunters and anglers.  Instead of mailing in the form like it’s the Stone Age, the California Department of Fish and Wildlife is aiming to make the completion of this form easy and seamless via online submission.  Just as you would report your successful or unsuccessful harvest of say, deer, online via the CDFW portal, it’s likely that you’ll soon be able to comply with the State’s game import declaration just as easily.  It only takes a few minutes, you’ll be complying with the CA Fish and Game Code, and the information you provide can really go a long way assisting conservation efforts.  More on the rollout of this submission to follow.

Now back to the ‘what does this have to do with California?’ question, and the logical thought of ‘why do we have to do this?’.

Well the rationale behind this little bit of paperwork should be incredibly important to anyone who values healthy deer and elk populations in the Golden State.  First and most obvious, is the enforcement piece.  By requiring submission of this declaration (which requests license information, among other details), CDFW is helping to ensure the legal take of animals across the country and even help stop Lacey Act violations.  But secondly, and arguably most importantly, is the impact of the data provided in California’s effort to prevent Chronic Wasting Disease from entering the state.  Here’s an example: perhaps CWD is found in a wild population in an out of state area where you’ve just hunted, and the state informs CDFW of the findings – by declaring your imported harvest, CDFW can reach out and do everything needed to ensure there is no risk to California’s cervid population, and potentially even see if they’re able to test your harvest.  Indirectly, and potentially more impactful though, are the reminders submitting this form puts in the back of hunter’s minds.  Maybe it’s a refresher on the regulations around what can and cannot be brought back into the State from a hunt (‘no skull, no backbone’ to avoid importing the highest risk tissues for carrying prions, a misfolded protein that causes progressive damage to the brain).  Or maybe it’s a reminder to the hunter to get their harvest tested for CWD after packing it out of the field.

Ultimately what might seem like a nuisance as part of an already stressful travel experience is really the State’s first defense against CWD, and a step in the right direction to keep it out of California altogether.  An increase in information and data collected by CDFW combined with a more educated population of hunters can really play a massive part in containing CWD and keeping it out of California.

About Jake Wright
share on
See other posts related to california issues california news
Get the latest news and stories, right to your inbox.
Search
Local Chapters