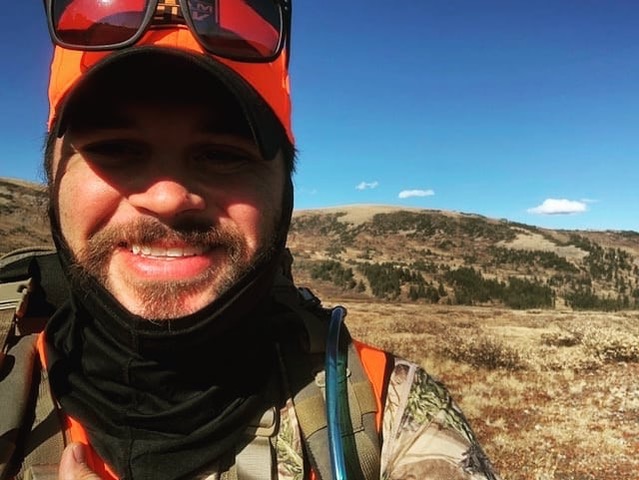 Born and raised in the Leatherstocking Region of upstate New York, I cut my teeth on both private and public lands hunting and fishing. My favorite is, and was, running dogs after upland game birds. I entered the military and spent most of my tenure serving overseas in Europe and did multiple tours in the Middle East. Traditional hunting opportunities were a little more challenging to come by in those places. Growing up, paying for the opportunity to hunt or fish was not something we thought about. Abroad was the first time I experienced regions of the world with limited or nonexistent public lands/access, an aspect I had taken for granted and fills me with immense pride along with the realization of the significance that our public lands help to define our country’s identity as well as furthering the American persona globally.
After the military and college, I relocated to Northern Virginia in 2009 where I currently reside with my wife and two children. I’ve been able to take advantage of Virginia’s generous hunting seasons in the pursuit of both big and small game. I also like to take DIY hunting and fishing trips each year outside of VA to further fill the freezer and experience the adventure and serenity that our diverse regions have to offer. One of my favorite aspects of the overall process is the processing of the harvest, breaking something down into recognizable and manageable pieces. Coincidentally, I am the cook of the family and tend to favor Belgian or French Country inspired preparations. Despite the preparations and due more than likely to my military background, I have a strong urge to turn everything into a soup/stew or sandwich for quicker consumption.
In addition, I’m also a certified SCUBA diver and as the children have grown, we’ve started to dabble into spelunking. 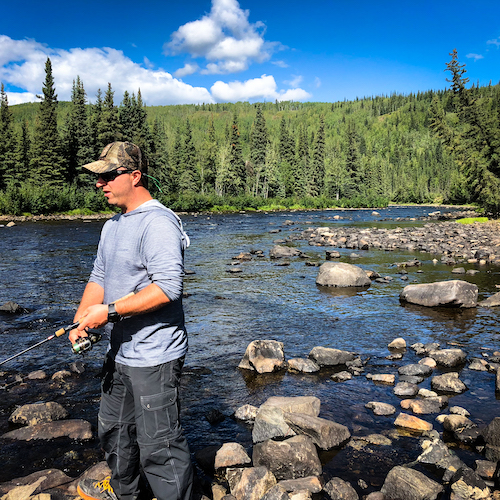 Born and raised just outside of Baltimore, Maryland I quickly became obsessed with all of our regions. I had the Chesapeake Bay as my back yard and within two hours East or West, I could be in either the Appalachian Mountain range or the Delmarva Marsh. My hunting and fishing adventures started locally with my Uncle taking me out for anything Maryland had to offer. Some of my favorite outings were wading nearby rivers for smallmouth bass and sitting in the marsh listening at the wood ducks chatter. I have since then branched out to experience new landscapes and wildlife around the world. Witch has just amplified my thirst for the outdoors. I still live in the same County I grew up in with my Wife and two dogs while working as an I.T. professional for a local Health Center. My whole life I have taken advantage of using our public lands and I feel it is now time for me to give back. That is why when I found Backcountry Hunters & Anglers and saw their mission, I knew I had to get involved with the organization. Our wildlife and land is so amazing; we have to make sure it is here for future generations to come. 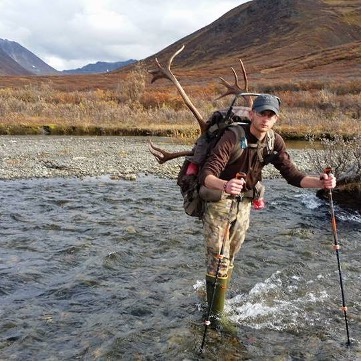 I grew up in Northern Alabama and spent much of my first 10 to 12 years on hunting leases my dad’s family leased in the Southern part of the state. As I got older, we went down less and less until it just didn’t happen anymore. By the time I got a driver’s license, my dad was working so much he rarely got time to hunt. That’s when I found out public land for hunting existed. A friend took me to Bankhead National Forest for an evening hunt, and I can remember being completely confused by the fact that anyone could hunt this place without paying a thing. I was actually afraid we were breaking the law. I hunted there the entire next season with no success on bagging a deer, but my desire to be in the outdoors was being fulfilled. Little did I know what life had in store. After that season, I graduated high school and joined the Air Force. I’d spend the next nine years in different parts of the world. Some not so great, but over five of those years were spent in Alaska. After learning some basic backcountry skills through trial and error, I went on my first backcountry hunt for caribou in 2014. It was on that hunt that I realized how much I loved being in wild places. The north slope of the Brooks Range isn’t a place many people get to see, and I’m thankful that I had the opportunity. After that, I heard about BHA’s mission, and I knew it was something that I wanted to be a part of. In 2017 we were relocated to the Capital Region and now live in Northern Virginia. I have two young boys who have many military relocations ahead of them, and I want to do everything I can to make sure they have the opportunity to enjoy our nation’s public lands and waters as much as I have. 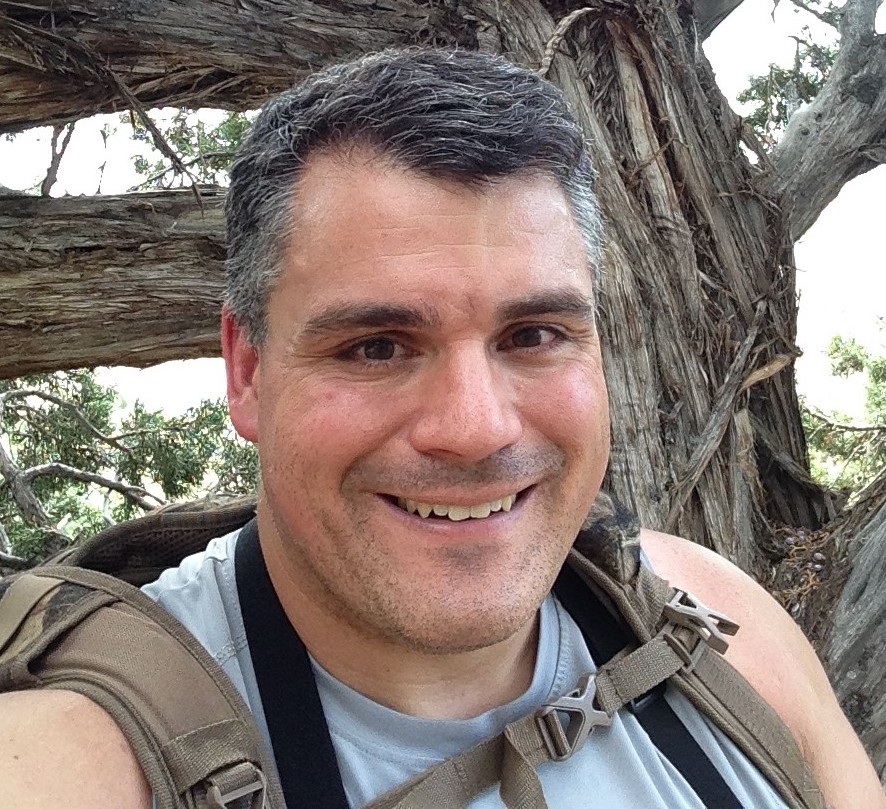 When the season opener of deer season is treated like a holiday—with schools and businesses shut down for the day—as it was when Josh was growing up in rural Northwestern Pennsylvania, it’s no wonder that he was instilled with a passion for hunting from an early age. Political aspirations drew Josh to pursue his undergraduate degree at the American University in Washington, DC, where the hunting, camping and outdoor opportunities were a far cry from the game rich shores of Pymatuning Lake. A lack of opportunity, however, could not deter a lifelong pursuit. Moving from the only frat house at American with a deer head on the wall to the Northern Virginia suburbs did not bring immediate hunting success, but it did bring an introduction into the hunting traditions and public land opportunities of Virginia.
15 years later Josh still works in Northern Virginia as a lobbyist in the real estate industry. The call of the wild, though, could not be silenced, and with his wife and two young boys Josh moved to the Shenandoah Valley. A two-hour commute (each way) is a small price to pay to be able to call the forests, mountains and 1.6 million acres of George Washington and Jefferson National Forests—his backyard. Josh is active in the Boy Scouts of America and is a Virginia Hunter Education instructor. 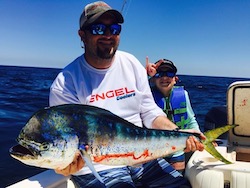 Born and raised footsteps from the Chesapeake Bay, I grew up with a fishing pole in one hand and a crabbing trap in the other. Some of my earliest memories are fishing and crabbing off a wooden pier and cruising around the bay in a crab boat. As I grew into a man I also grew into the outdoors, periodically putting down the fishing and crabbing tackle to pick up a shotgun and bow to chase deer and waterfowl. Not everything was rainbows and unicorns though, as my childhood coincided with the moratorium on striped bass fishing and the decline in duck and goose populations along the Atlantic flyway. Growing up with all the public land and water around me yet limited in my pursuits, I started to realize things needed to change. From then on I decided to do everything in my power to leave this place I call home better than I found it. I made a commitment to not only step up and protect our wild lands but also to give back to the next generation. I was blessed with four boys, three of which have grown into fine young men. I spend my free time taking my youngest on hunting and fishing adventures across the U.S. Currently I am the R3 Coordinator for the Capital chapter as well as a certified Maryland State Hunter Education Safety Instructor and a Certified Angling Instructor for the Boy Scouts of America. I am a member of the Professional Outdoor Media Association and regularly contribute content for brands in the hunting and fishing industry. 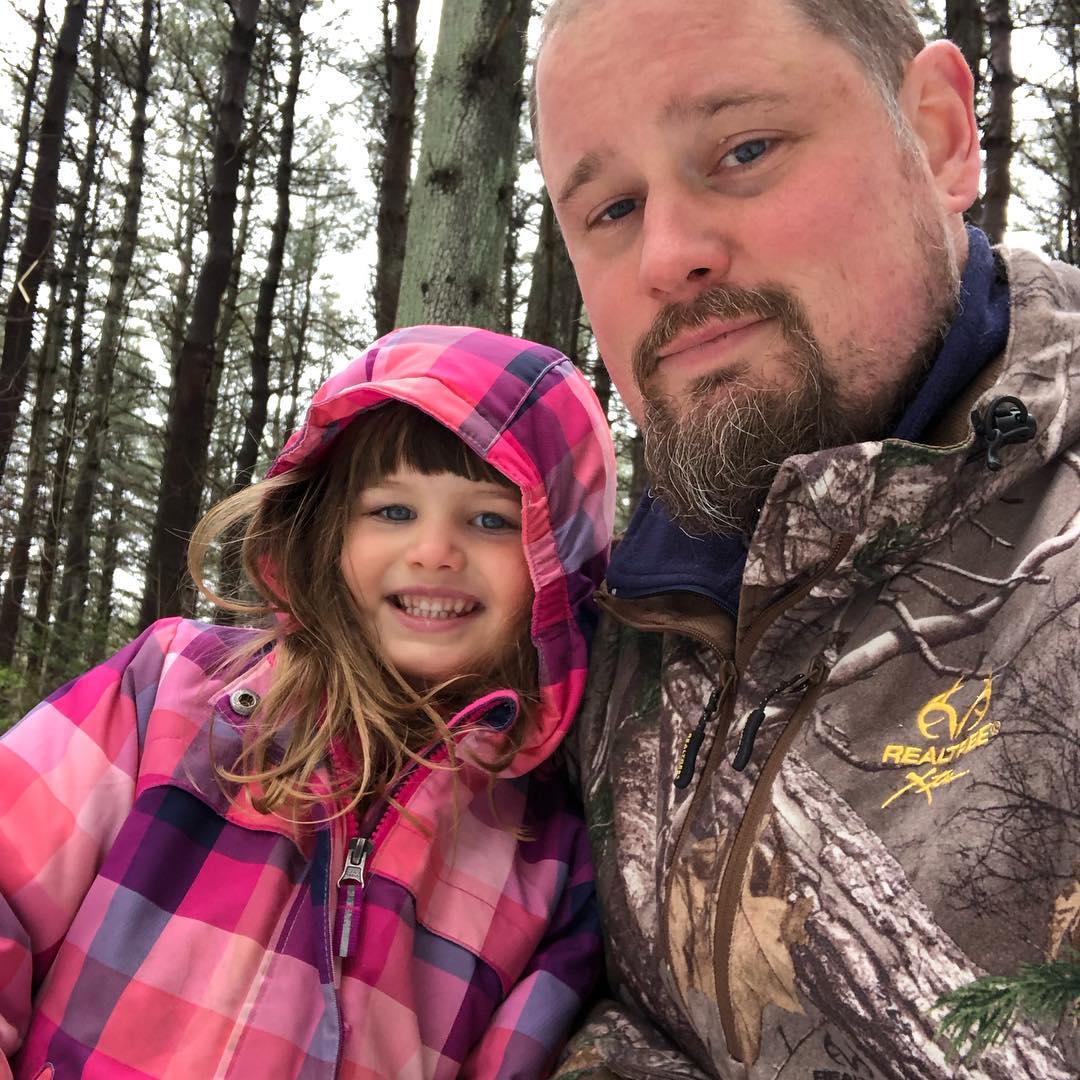 Born and raised in Virginia Beach Virginia, Chad spent most of his childhood surf fishing and exploring the woods. These formative years had a strong influence on who he would become later in life. As Chad's passion for the outdoors grew he began to seek out new opportunities and decided to set up camp in Maryland. Throughout his life Chad always had a strong interest in public lands and protecting them for future generations. In an effort to help restore local habitat and improve hunter relations with the park system he began volunteering with the Maryland DNR. This experience would eventually put him on the path to becoming a volunteer for Backcountry Hunters & Anglers. He's looking forward to working on many upcoming BHA projects and teaching his daughter the importance of land preservation and wild places.

Wade Truong is a lifelong Virginian, self-taught chef and hunter. His work has been featured in the New York Times and Garden & Gun. His passion for cooking and sharing food is the foundation of his obsession with the outdoors and the resources they provide. He spends all of his free time hunting, fishing, foraging and exploring the bounty of the land and water. He believes that the more we participate with our environment, the more we understand that we need to protect it. 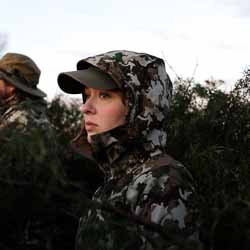 I didn't grow up hunting or fishing- my love for cooking brought me to a desire for a closer relationship with my food. Being nourished by the land and water around me has given me a deep insight into the place I call home, as well as pushed my boundaries and endurance more than I could have imagined. The relationship I've built with the wild has been the greatest journey of my life, and one I'm excited to share with anyone who wants to participate. Protecting the resources that bring such meaning to my days has become my passion. I'm a former restaurant pro, and am now working in the financial field. I'm also the plant witch, canning queen, editor and webmaster for Elevated Wild. 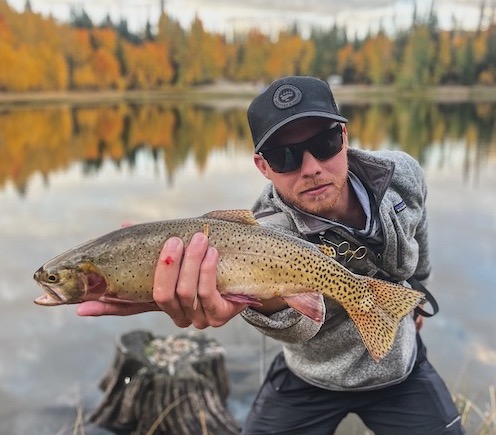 Isaac Weintz is native to Virginia, growing up in the northern Shenandoah Valley. As a kid, Isaac was steeped in a family tradition of angling and later became a self taught hunter. While attending the University of Virginia, Isaac’s passions for the outdoors and conservation blossomed while exploring the spoils of central Virginia. With a background in politics, Isaac is frequently involved at the policy level with conservation efforts both at the local and national scale. When not working as a commercial real-estate agent in Richmond, Virginia, Isaac is often exploring public lands and waters throughout the Capital Region. It is his belief that life’s greatest spoils exist in our wild places and with that we must do all we can to protect them for generations to come.