Popular opinion of California may be dominated by the cultures permeating from Hollywood and Silicon Valley, but hundreds of thousands of acres of public land border all of our major cities. Three bills essential to protecting and expanding California’s public lands are expected to pass through the House Natural Resources Subcommittee on National Parks, Forests, and Public Lands this week.

Each bill will protect lands that represent undisturbed landscapes and habitats vital to unique fish, wildlife and plant species. Importantly, these bills maintain existing uses or expand access to recreational opportunities, including fishing and hunting, for millions of public land owners.

As a resident of Southern California who lives in close proximity to the San Gabriel Mountains National Monument, I am particularly invested in Rep. Chu’s H.R. 2215. I’ve caught, reveled in, and safely released descendants of the Southern California steelhead on waters within the monument. In turn, I’ve had the chance to take a number of members on their first fly fishing trip, where they’ve caught their first trout on the fly. The streams of the San Gabriels are a few of the last remaining waters where the genetics of California’s steelhead ancestors remain strong, and these fish could serve as stock to help repopulate watersheds with navigable access to the ocean.

In addition to our steelhead, the monument contains areas critical to threatened and endangered species such as the California condor, Arroyo chub and Nelson’s bighorn sheep. The Mediterranean climate provides ideal conditions for 300 plant species native only to the San Gabriel Range. With over five million visitors each year seeking out the unique flora, fauna and landscapes, the monument is a refuge from the persistent traffic and horns of the city and a crowning jewel to some of the vast public lands just outside the front door of all Southern Californian families.

H.R. 2215 would expand the existing monument, add over 30,000 acres of wilderness, designate over 45 miles of river as Wild and Scenic and establish a National Recreation Area along the perimeter of the monument. These additional protections seek to maintain the untamed nature of the West in this area by limiting commercial activities and motorized vehicles while retaining critical hunting, fishing and existing outdoor recreational access within close proximity to a major metropolis.

Backcountry Hunters & Anglers has organized a backpacking course and Hike to Hunt events and hopes to continue its recruitment, retention and reactivations efforts (R3), within the monument. These public lands remain the closest access to solitude and an undisturbed outdoor recreation experience for the greater part of the Los Angeles area outside of city parks. The proposed National Recreation Area under H.R. 2215 would only serve to increase opportunities and exposure to the outdoors for underserved communities.

The California Chapter encourages BHA members nationwide to contact their representatives and express support for these bills. The bills may be specific to California in nature, but the overarching message of support for wild, untouched and accessible public lands is one we can all stand behind. 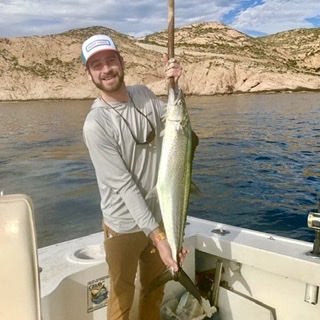 About Justin Bubenik
share on
See other posts related to california issues California BHA
Get the latest news and stories, right to your inbox.
Search
Local Chapters