The CA Chapter is now accepting applications for the following positions:

Please submit your application for consideration to the CA Chapter Board. 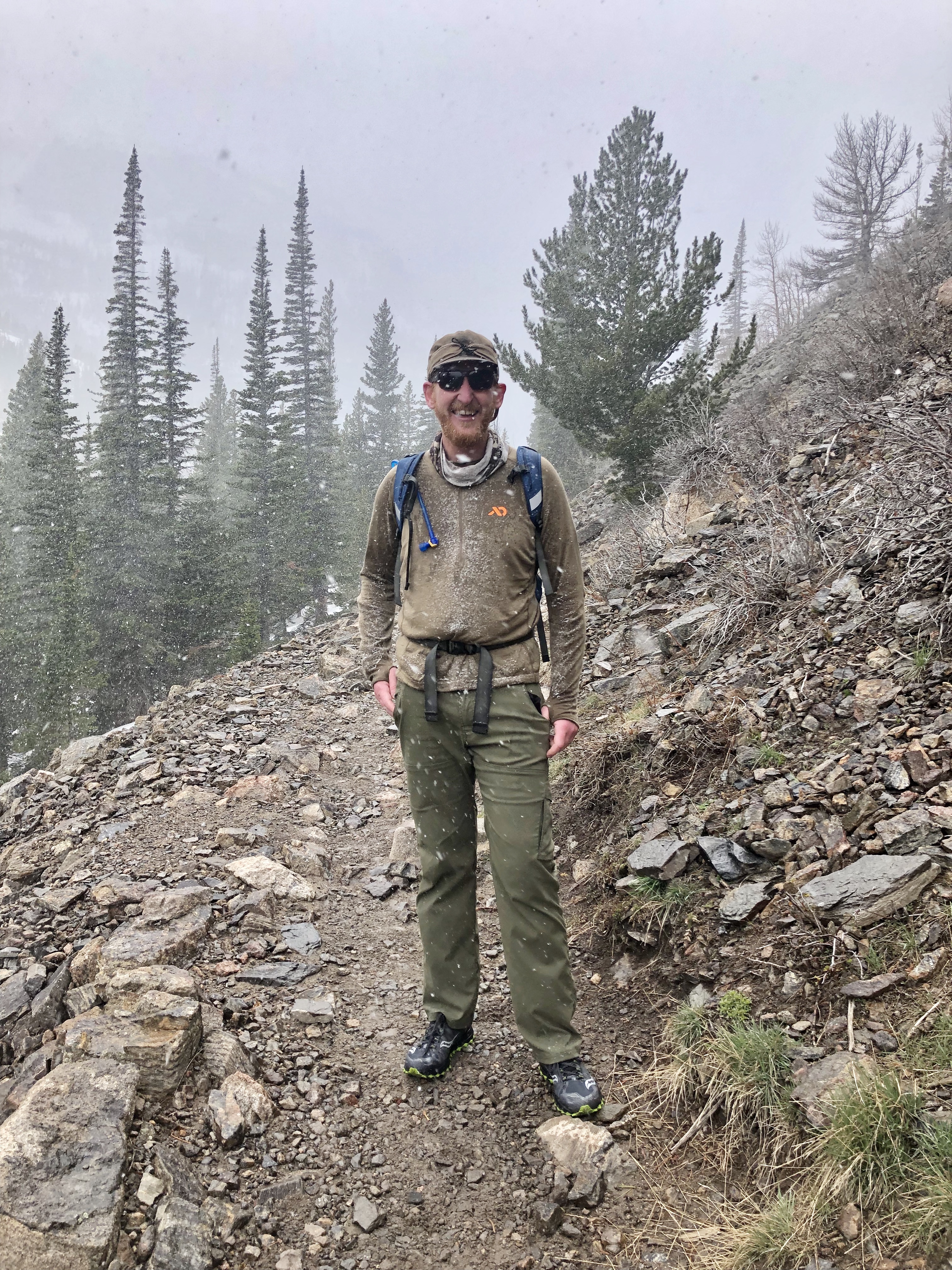 Eric was born and raised in Santa Monica, Calif. Despite growing up a city boy, he spent summers camping in national parks and learned to backpack and shoot in Boy Scouts.

After college, Eric worked at a magazine in Chicago that covered the red meat industry, where he had an insider's look at how most Americans get their meat. A spark was lit to learn and experience more about where our food really comes from. In his early 30s Eric began hunting and fishing. Soon he had his own bird dog and hunted the local national forests for quail and rabbit. Now he pursues upland and big game throughout California and across the country.

Eric feels fortunate to have had a wide range of outdoors experience on our public lands. When he joined BHA he realized he had found his people and enjoys supporting the organization’s mission by working on policy and communications issues, as well as by bringing a diverse group of emergent hunters (a term he coined) and anglers into the fold. He’s passionate about sharing his experiences--as well as wild game cooking--with friends, acquaintances, and anyone else who will listen.

Eric lives in Northeast Los Angeles with his wife, Lauren, daughter, Hannah, son, Zev, and Brittany, Barley. He graduated from Northwestern University with a degree in journalism and received his law degree from UC Berkeley School of Law. He works as a lawyer, photographer, and writer. 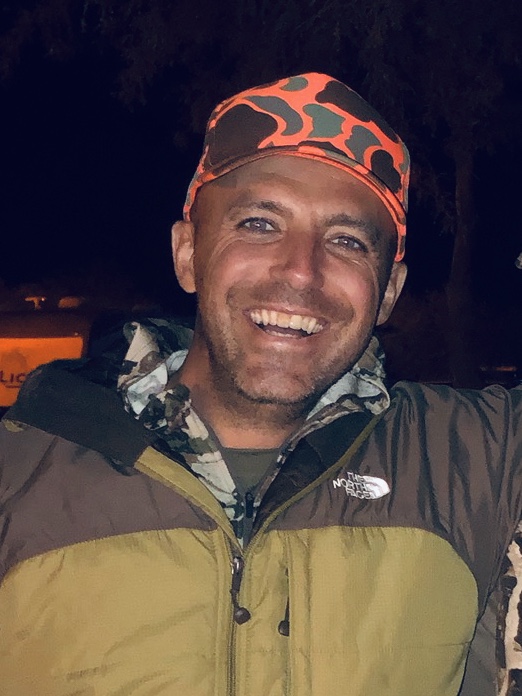 Brett grew up in Western NY and spent his youth in the eastern forests prior to moving to Western Oregon. It was while living on the McKenzie River in Western Oregon that he recognized the urgent need to protect and enhance our public lands and waters.  Brett currently resides in Oceanside, with his wife, son, and daughter. He is an active duty Marine, and in addition to his position on the California Board is also the Lead for the BHA Armed Forces Initiative Pendleton Club and assists the BHA Armed Forces Advisory Board.

He enjoys hunting both small and big game, along with waterfowl and upland birds. He hunts throughout the country but prefers western hunting. The solitude, and physical challenges experienced in the backcountry keep him focused.  He enjoys imparting his knowledge on new hunters helping them become more proficient, ethical hunters.

Brett is a Life Member of BHA and is committed to enhancing public access and defending our public lands from the growing efforts to dispose of them. 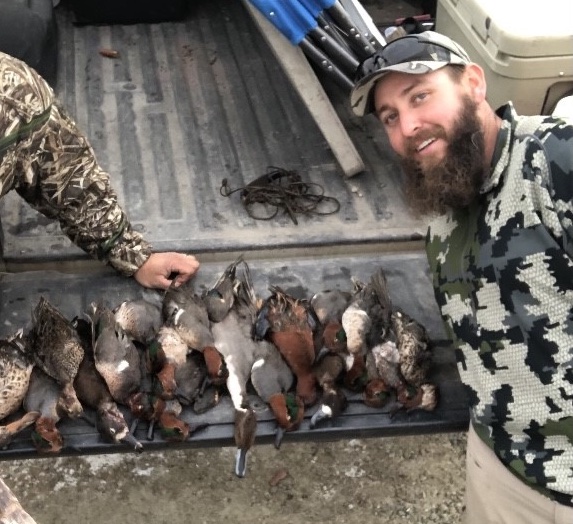 Although born and raised in the inner city, Chad spent much of his childhood and early adulthood in the local national forest and BLM properties of southern California.  Shortly after college he shifted careers from education to wildlife management, culminating in the completion of an MSc in Environmental Policy and Management with and emphasis in Fish and Wildlife Management.  His career has focused on predator (native and non-native) research and management, invasive species prevention, and game management.

Chad grew up hiking, backpacking, fishing, and off-roading, but his greatest passion for the outdoors was found in hunting.  The pursuit of game intrigued him to point of dedicating his career to protecting this right and privilege.  Chad is an active member of numerous rod and gun clubs, hunter education instructor, volunteer, researcher, and advocate.

Chad is currently working as a Non-lead Outreach Coordinator for a non-profit conservation institute.  This position allows him to work within the hunting community of California, collaborating with various organizations and stakeholders to better understand the impacts that lead ammunition can have on secondary wildlife.  This collaboration allows for the protection of our hunting heritage, and continuation of our conservation ethic.  Chad feels privileged and honored to work with such an amazing group of conservationists.

Currently Chad lives in Santa Barbara County with his bird dog Valkkrja (“Krja”), where he introduces new hunters to the hunting tradition, researches wildlife, and most importantly protects our public lands. 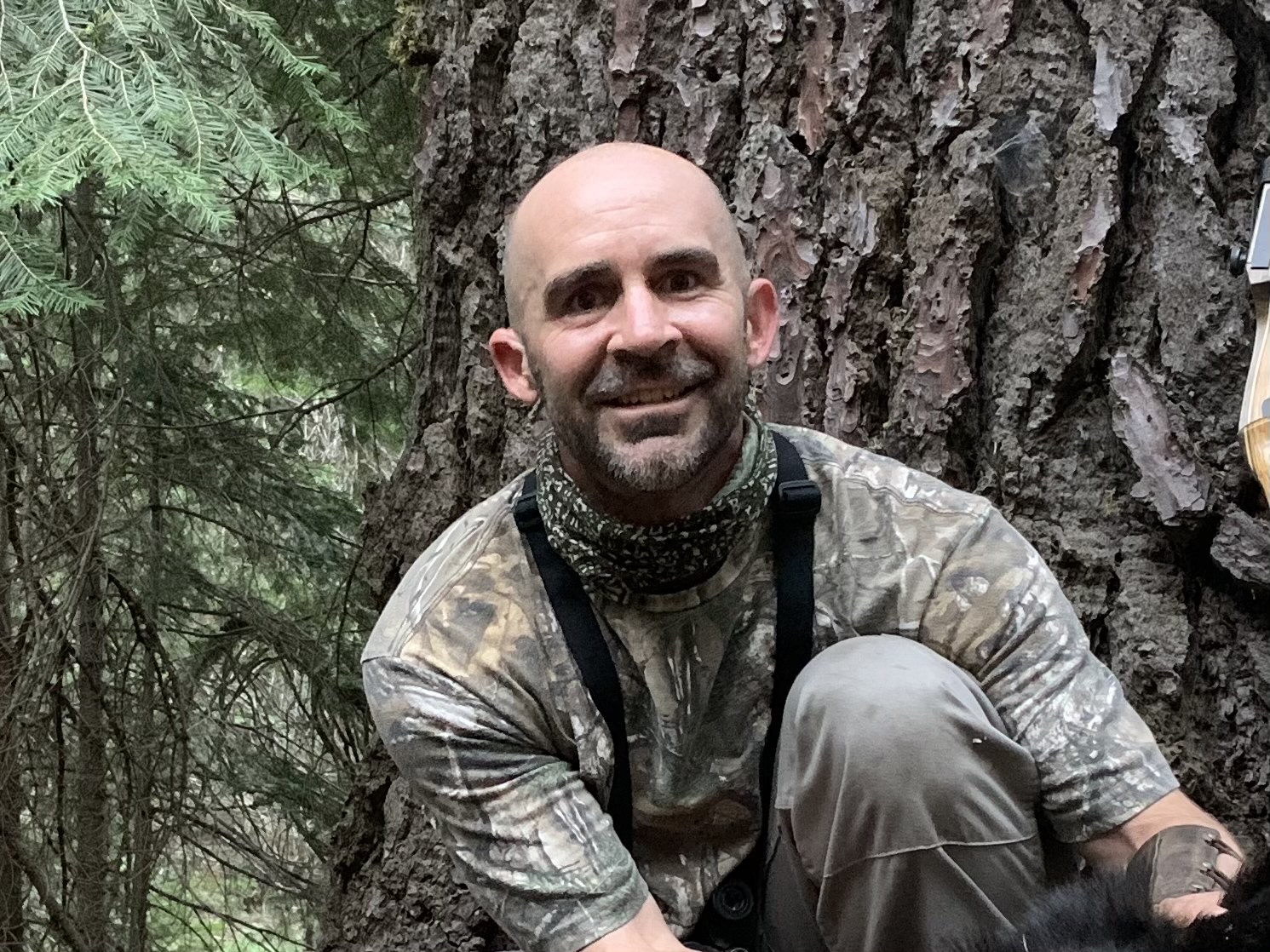 Matt White grew up fishing and hunting in California and has been spending time in wilderness areas since he was a teenager.  He lives in Fresno with his wife and two sons, who he hopes will continue the outdoor tradition he was given in his youth.  He runs a small investment advisory practice, which occasionally gives him the flexibility to escape the desk and spend some time in the wilderness.  Matt is a Life Member of BHA and is passionate about public lands, fair chase and the experiences one gains in the backcountry. 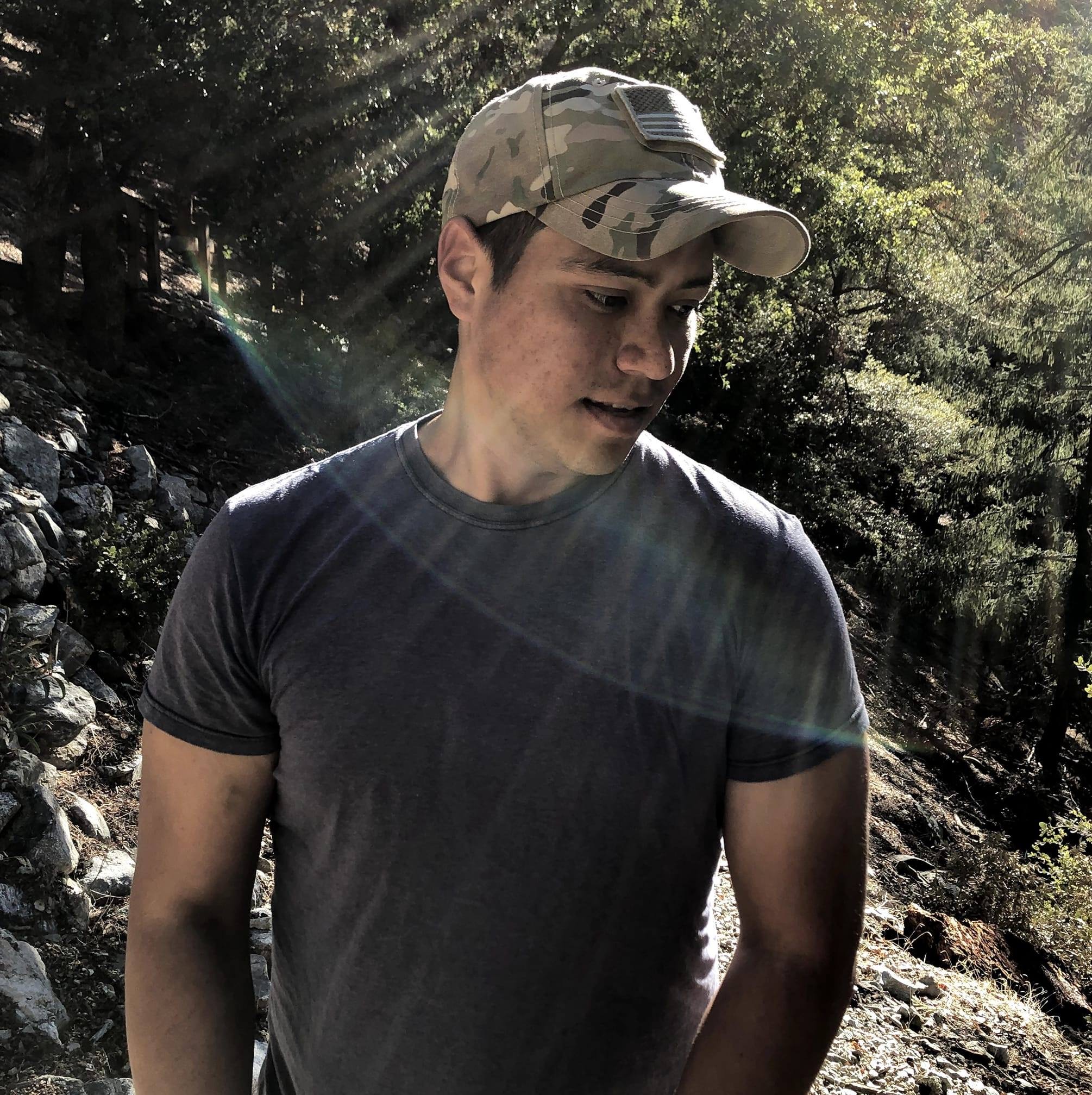 Luis is a Southern California native and grew up in the Southeast Los Angeles area. As a boy, he discovered a love for the outdoors through his father who had grown up hunting and hiking in the rural hills of Western Mexico. While Luis grew up doing some small game hunting and fishing, he became much more serious about hunting and conservation while enlisted in the US Marine Corps.

After his enlistment, he returned to California with a new sense of passion and understanding for wild things and places, as well as deep appreciation for the natural beauty of his state. The vastness of public lands provide a home away from home for Luis, as well as a classroom where he learns something new every time he sets foot in them.

Luis found BHA to be a natural fit for him, primarily because of the diversity in members, ideas, and actions that represent the organization. He now hopes to share his passion with others and ensure that public lands are here for generations to come. 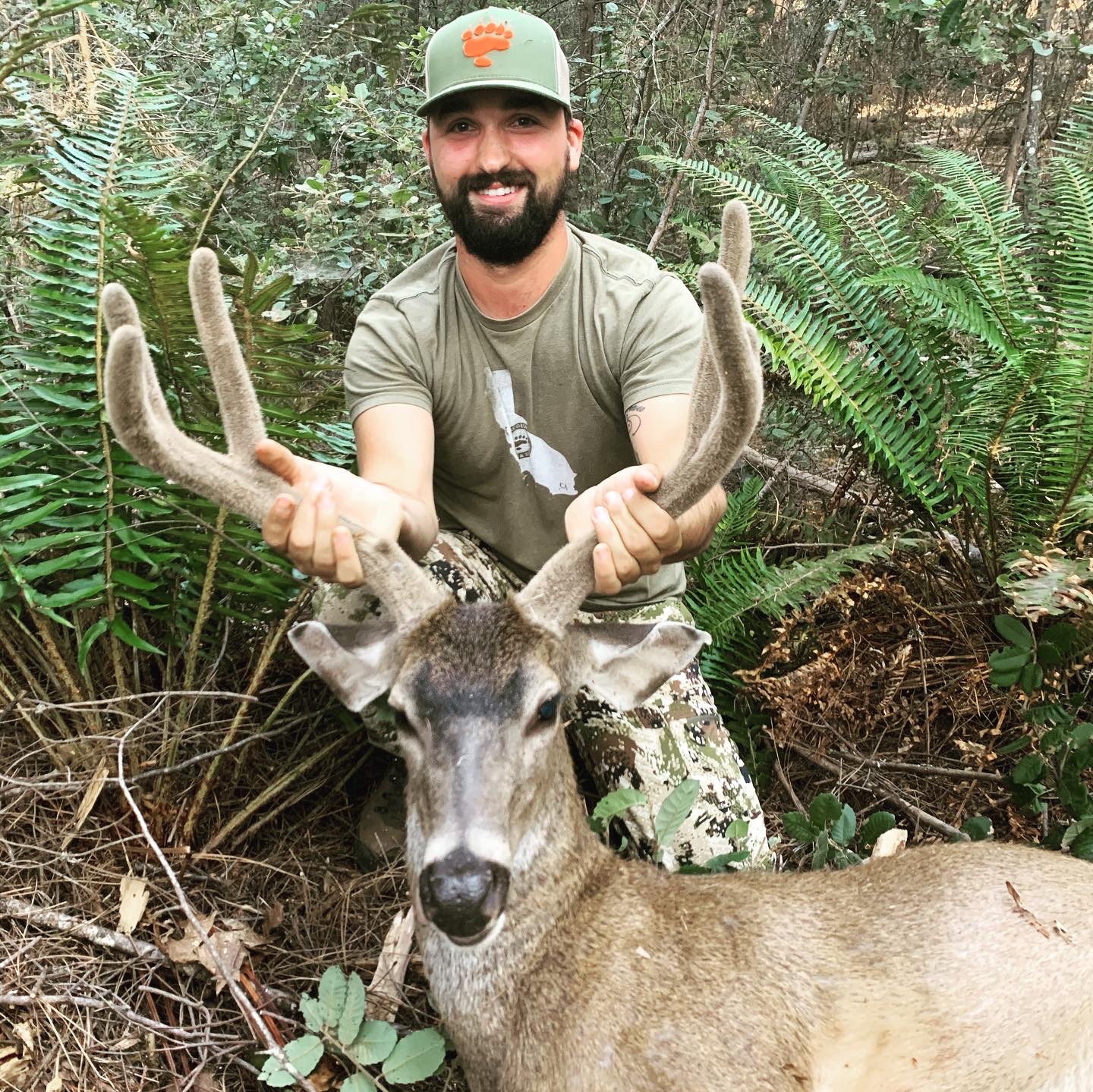 Cody was born and raised in Northern California and spent the majority of his time outdoors hunting, fishing, and setting traplines. After graduating high school, Cody set off to serve his country in the United States Army. This gave him the opportunity to hunt and fish in several different states. After completing his commitment to the United States Army, he moved back to California. Cody enjoys hunting big game, waterfowl, and upland throughout California and most Western States. He is also active in the R3 program where he has helped several youth pheasant hunts with his German Shorthaired Pointers.

His interest in BHA grew after learning about BHA’s mission. After his first Pint Night, he was hooked for he had found a diverse group of individuals who all had the same mindset and goals for conservation as he does.

Cody lives in Willits with his wife Annikka and his son Easton. In his professional life he is currently a fulltime student seeking to obtain a bachelor’s degree in aviation. 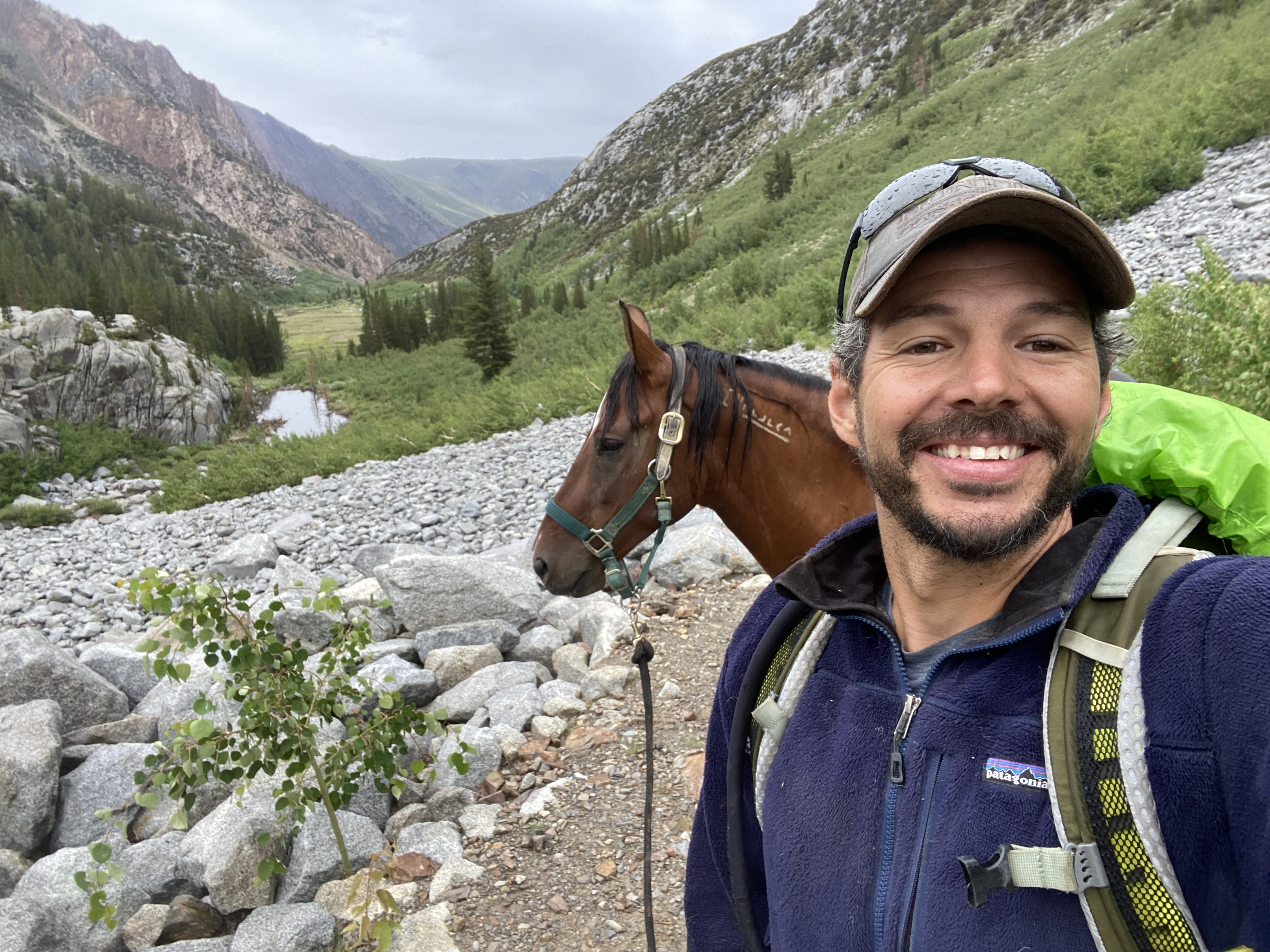 Jonathan's day job is a biologist for the California Department of Transportation and he worked for the California Department of Fish and Wildlife in the eastern Sierras for 11 years. He has an intimate understanding of the challenges we face in defending our rights to hunt, fish, and recreate on our public lands. Access to public lands to hunt, fish, and recreate has always been important to him since he was a child.

He was born and raised in the smallest state, Rhode Island. At the end of his road, he had access to 1,200+ acres of public land to explore and hunt. In the summers, he frequently visited the White Mountains of New Hampshire to hike the alpine trails hut to hut. His passion for exploring public lands and wildlife drew him out west. He obtained his Bachelor’s degree in wildlife biology at the University of Montana. It was a tough decision to leave Montana, but researching bighorn sheep in the eastern Sierra Nevada of California lured him out.

The Sierras have remained his home for 13 years. However, he has taken multiple hiatuses from California to explore new public lands, hunt, and research wildlife. He worked as an elk biologist in Kentucky, a fisheries biologist in the Bering Sea, a hunting guide in the Ruby Mountains of Nevada, and an environmental consultant in the Powder River Basin of Wyoming. He decided to further his knowledge and skills in wildlife management by obtaining his Master’s degree in wildlife biology at Utah State University.  His field work and thesis centered on survey techniques for black bears in the eastern Sierra.

When he’s not off hunting big game, upland birds waterfowl, and small game, he and his wife are out exploring the mountains with their horses and dogs, cooking wild game, rock hounding, mushroom hunting, playing Frisbee golf, floating the Owens River, ice skating on alpine lakes, and whatever else sounds like good times on our public lands. He also enjoys mentoring hunters and sharing with people what he has learned during his career as a wildlife biologist. 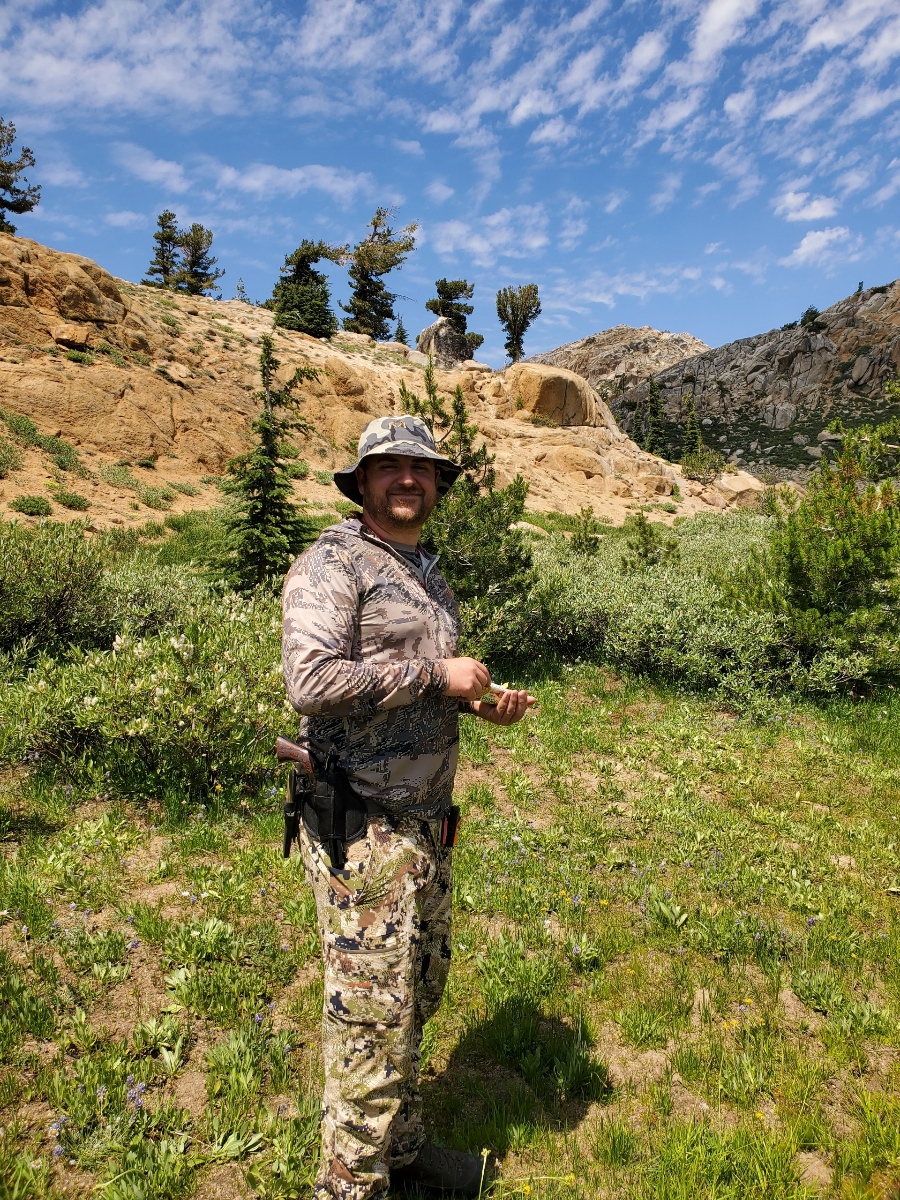 Born in Sacramento and raised in the foothills of the Motherlode, I have spent my entire life in Northern California. My parents exposed me to the beauties of the backcountry at a young age and I have carried that love for adventure and feeling of belonging in natural places with me since then. Camping progressed to backpacking in college and in 2016 I fused my love for food with my love of being outdoors and picked up hunting. It started off with an amazing yet unsuccessful spring turkey season and then exploded from there. I became Farm Manager of a large row crop and orchard operation in 2017 and was able to teach myself through experience to hunt rabbits, squirrels, beavers, coyotes, turkeys and deer.  That year, I also devoted myself to backpack hunting for big game in our beautiful national forests and wilderness areas and haven't stopped. Because of my continued experiences and the birth of my daughter, I decided to leave agriculture and pursue a career in conservation. I am now part of the Western Region Ecology Team for the largest ESA habitat conservation company in the US.  I want to use my experience to help California's BHA chapter, but more importantly, I want to learn from all of you so we can build together.