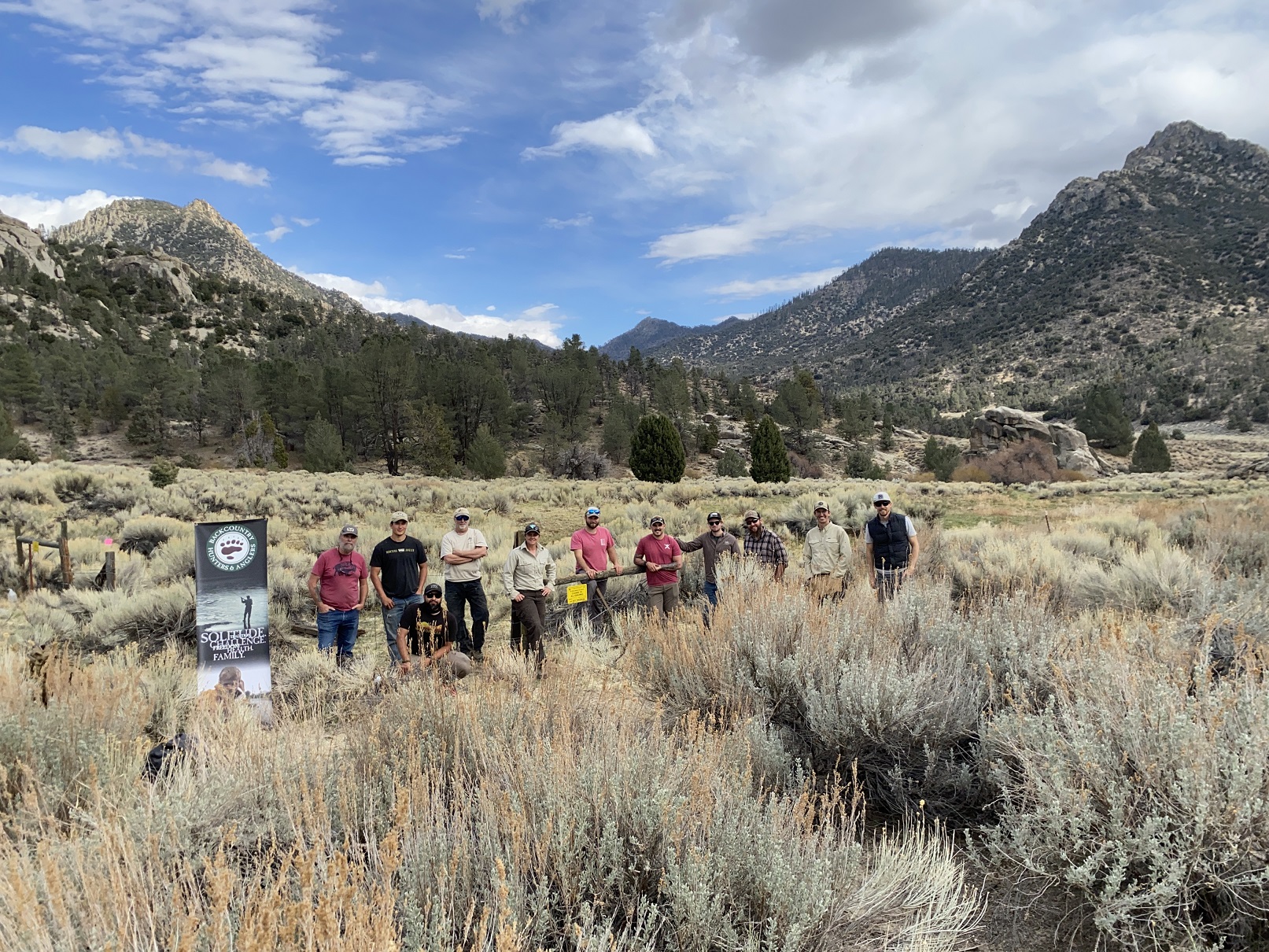 The California chapter of BHA is firing on all cylinders this spring and is thrilled to have defeated the HSUS petition to ban bear hunting in CA in addition to receiving over $165,000 in funding from the National Fish & Wildlife Foundation for the Hallelujah Junction Wildlife Area Post-Fire Rehabilitation and Connectivity Project (details below).

Furthermore, since January, the chapter has already hosted six pint nights, a fly fishing campout and packout on Piru creek, a post-fire mesquite planting event with the BLM, a catch + cook spearfishing event and beach clean-up, as well as an angler survey box rehab project with the Department of Fish and Wildlife and a guzzler installation for bighorn sheep at Ft Irwin in collaboration with the AFI and the Society for Conservation of Bighorn Sheep.

The chapter has also submitted 13 public comment letters on a variety of issues this year, and Eric Hanson, co-chair of the board, wrote the amicus brief for the Wyoming corner crossing case that BHA submitted in an attempt to keep the case in federal court - which could set a national precedent on the issue.

This tremendous effort is due to the dedication and diligence of the California chapter board and regional volunteers who have stepped up to support access, opportunity and stewardship of public lands in California.

The California Department of Fish and Wildlife has identified this location and the projects outlined in the proposal as high priority for the post-fire recovery of the Hallelujah Junction Wildlife Area (HJWA), a premium deer hunt zone purchased for critical deer winter range for the interstate, migratory mule deer in the Loyalton-Truckee and Doyle herds. These deer herds are important to both California and Nevada and have declined primarily due to degraded habitat (cheatgrass invasion, conversion related to development, and lack of connectivity), with the HJWA being severely impacted by multiple fires. This proposal will have long-lasting benefits to wildlife, hunters, motorists and members of the Washoe Tribe.

The project team incorporates experts from BHA, the Washoe Tribe, Wildlands Network, the Institute for Applied Ecology, and several Wildlife Biologists from CDFW in addition to support from Sitka Gear and Caltrans. The proposal will utilize the Sagebrush in Prisons project at FCI Herlong to help propagate bitterbrush seedlings and other plants of cultural importance to the Washoe Tribe, which will increase the success rate for our restoration efforts. Volunteers and contractors will plant seedlings in select areas along with a team to broadcast seed using ATVs once invasive species have been removed. Subsequent monitoring through photo points, telemetry data from deer collars, a camera study and wildlife infrastructure investments along Hwy 395 will ensure long-term success and habitat connectivity in the region.