I am a full-time fly fishing guide, and part-time hunting guide, based in the county of Devon, in the UK.

I have visited the Rockies several times for fly fishing vacations, and twice before to hunt deer and Elk in Montana, in addition I have another hunt planned in Montana for October, fingers crossed it will be successful.

Having experienced a tiny fraction of what opportunities exist in your publicly accessible lands, as a foreign hunter, I felt I had to try and ‘put something back’, so I came up with the idea of offering a trophy deer hunt in the UK, I advertised this on Randy Newberg’s HuntTalk forum, not expecting much of a response as a large ocean is in the way, I was inundated with interest from passionate hunters, all keen to take me up on my offer. So to be fair, all the names went in a hat, and

Dave’s name was drawn out, all he had to do was make a $250 donation to the BHA, my choice of a very worthwhile cause, and find his way to me.

He chose to hunt during the Roe Buck rut, and we started our hunt on the morning of the 20th of July, poor old Dave with no sleep after his long journey.

Stalk number 1, It was very humid and muggy, perfect conditions for the rut, after a slow stalk around the private fields (no public access for hunting at all in the UK!) I told Dave to ‘freeze’ I could see the back of a roe, head down feeding, praying for it to be a buck we raised the rifle onto the quad sticks, what seemed like an eternity was only a few seconds, it raised its head, not 25 yards away, a doe! Darn it! And then its young kid came into view, a few seconds of cursing, mainly by me, onward we went, but to no avail, oh well that’s hunting isn’t it? 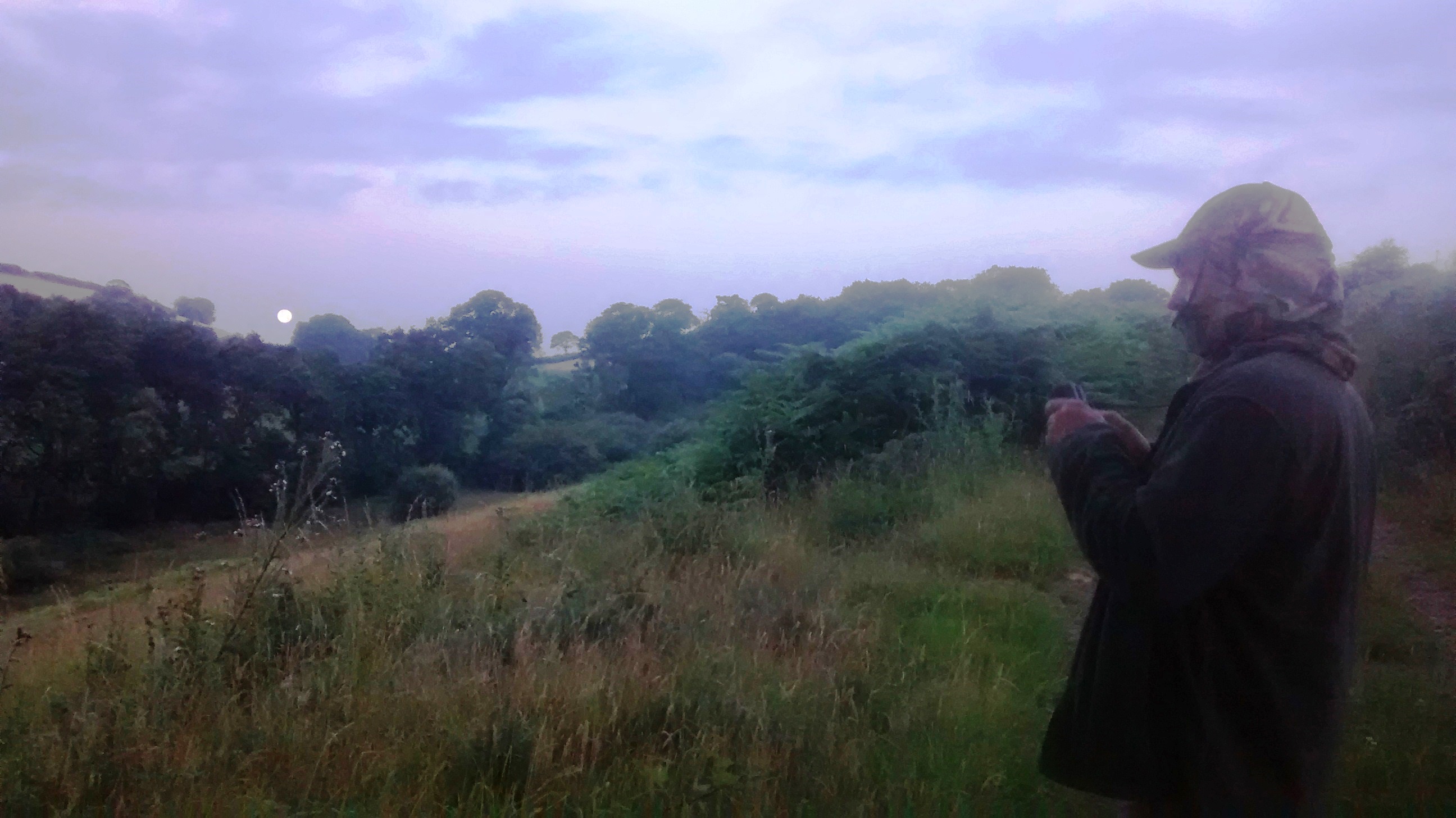 Stalk number 2, we went to one of my most productive areas, and no sooner as we got out of the truck we observed 2 young red stags, a good omen, or at least that’s what we convinced ourselves.

I employed a different tactic this evening, making use of a Nordik roe call I started to try and call a buck in, after an hour we heard a low grunt and branches breaking to our rear, confidence was high, until a red deer hind with young came into view, it barked an alarm and we were busted!

Making our way back to the truck, I saw another roe, but on closer examination it proved to be another doe, this time of year she should have a buck in tow, where are all the bucks!

Stalk number 3, poor Dave, hardly any sleep and fatigued legs we met at 04.30 and started out again.

First area, no deer, I made the decision to find a high vantage point and just glass the area’s, (I didn’t let on to Dave but I was getting a little anxious, all that way and no buck!) it wasn’t long before I spied a Roe Buck in the tram lines of a wheat field, about a mile away, but it would be difficult as the wind wasn’t in our favour. But, out the corner of my eye I saw a roe doe run across a grass field, I recognised this behaviour and waited, sure enough, shortly after a Roe Buck appeared, nose to the ground, following her exact trail, game on!

Strangely Dave appeared to have forgotten his tired legs and body as we ran across the fields to try and catch them, everything was perfect, the buck had found his doe, whilst she was very alert, and had her suspicions, the buck had only one thing on his mind!

Rifle up on sticks, buck 130 yards away, by now the doe had realised we were there, but too late, Dave made the perfect neck shot, and to confirm it we only saw one deer enter the woods. A quick search of the long grass and Dave had his first ever Roe Buck, it even had an unusual button below its antler, well done Dave! 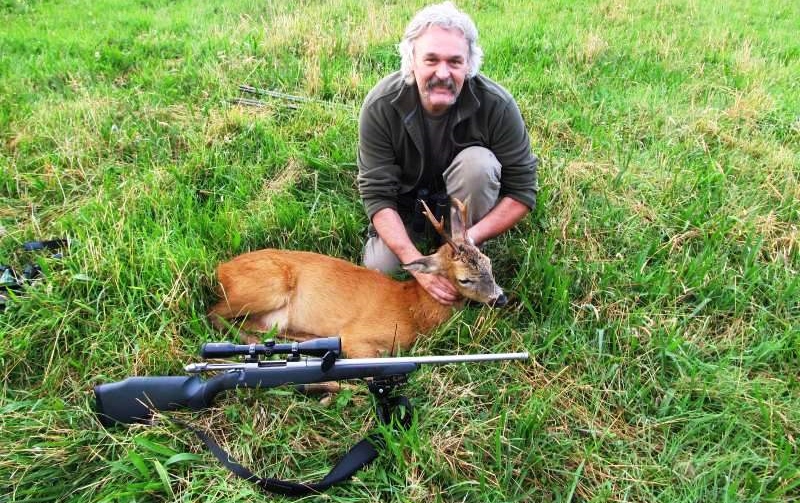 Although I said we could hunt again in the evening and the following morning, Dave was a true gent, and politely declined, he was happy, I was elated, and the BHA benefitted by $250.

About Richard Jackson
share on
See other posts related to the campfire
Get the latest news and stories, right to your inbox.
Search
Local Chapters