Earlier this spring a concerned member contacted our board with a question about Dave Donaldson Black River Wildlife Management Area in Northeast Arkansas. With all the news and publicity concerning green tree reservoirs (GTRs) at Bayou Meto and Hurricane Lake WMAs, why hadn’t there been any news about Black River?

(Side note: if you’re not familiar with this topic, check out Clay Newcomb’s Bear Grease podcast episodes 36-39, where he covers the habitat problem that is generations in the making.)

Changes already implemented on two large WMAs have put public land duck hunters in Arkansas into a major pickle. Wintering waterfowl depend on the red oak acorns that become accessible in a flooded GTR, but too much flooding kills the tree. Protecting and restoring the red oaks forces hunters to sacrifice some of their hard-won hunting access. To make a complex issue as simple as possible, as water levels are kept lower, available hunting space literally dries up. New opportunities may present themselves, but these changes will force public land hunters to adapt, and possibly be forced to find different areas to hunt.

Because there has been a proactive response to the flooding in Bayou Meto and Hurricane Lake, the public has responded favorably. But the lack of news and action about the Black River WMA is making public land duck hunters nervous about the future of hunting on the WMA. The good news here is that public land duck hunters are a resilient and resourceful bunch, and they will be able to adapt. But we also like to plan as much as possible, and we want to know what our future holds just as much as any mountain elk hunter does. So we started looking to see what we could find out about Black River WMA. 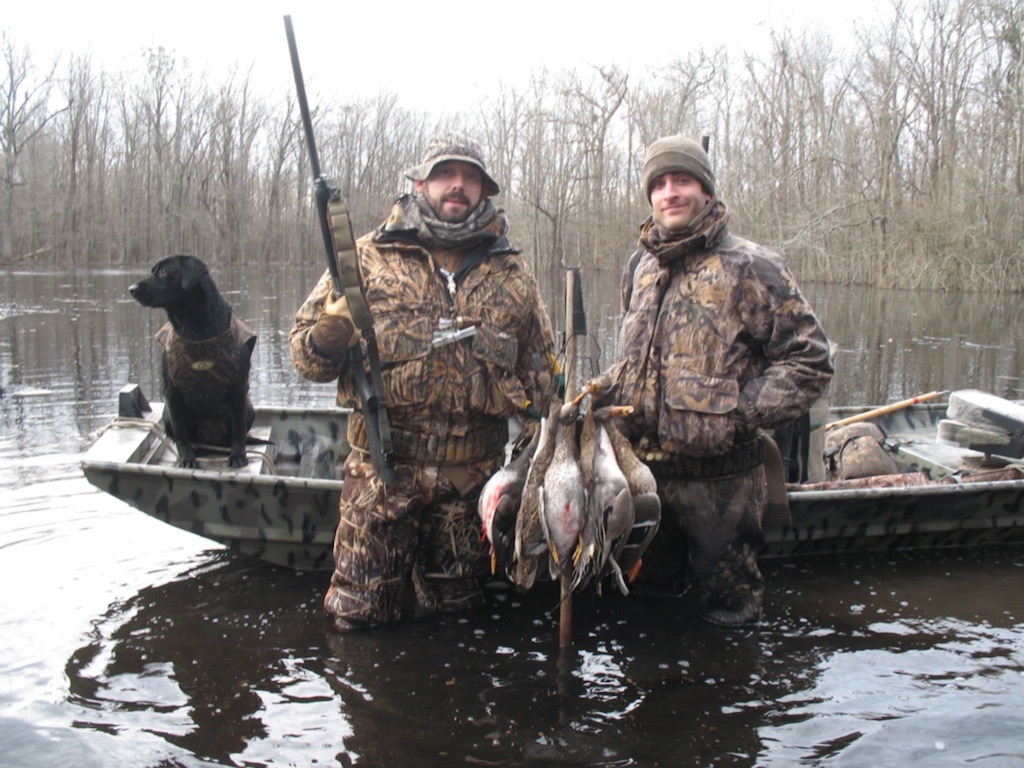 The first thing that popped up as we began our research was a landmark legal battle between the Arkansas Game & Fish Commission and the United States Army Corps of Engineers over Black River WMA. The case revolved around the Takings Clause of the Fifth Amendment, which is designed to ensure property owners are reimbursed when the government takes their land for projects like roads, utilities, or reservoirs. AGFC accused the Corps of deviating from their water control plan for Clearwater Lake and Dam in Missouri, which is a reservoir along the Black River, the deviation caused several years of flooding at Black River WMA which ruined thousands of acres of timber.

The lawsuit made it to the United State Supreme Court where an 8-0 ruling in favor of AGFC was entered.  AGFC was awarded damages for the value of the lost timber, and legal scholars had lots to write about, because the ruling set some new precedents for what constituted a “taking.”

With this background in mind, we contacted staff at AGFC to find out what was going on at Black River WMA.  We were assured that despite the lack of public news, there had been a great deal of progress made on plans to improve the habitat at Black River. Extensive studies were being completed and draft plans drawn up. It sounded like all was well, until we asked if there were any roadblocks to getting these plans implemented.

Regulatory approvals were mentioned as one potential roadblock. Corps of Engineers approvals would surely be needed to complete some of the work. Knowing about the previous history, we asked what the current environment was like between AGFC and the Corps. Our contact at AGFC was aware of past difficulties but was optimistic that leaders of the two agencies would be able to make progress on working together for this project.

After thinking about what we had learned, we couldn’t help but worry. How likely is it that these two agencies would be able to work together for the benefit of our public resources here in Arkansas? AGFC has staked out a bold position, making decisions today that will take decades to pay off for better habitat for waterfowl and for public land hunters.  Could this initiative be derailed by an old grudge from 20 years ago?  Remember our original question – what’s being done to save the habitat at Black River WMA?

We’re going to dig into this one a little bit deeper.  If you have a question or thought about habitat work at Dave Donaldson Black River WMA, please send us a note to [email protected]. It will take a strong public voice to ensure our shared resources don’t fall victim to an agency turf war.

About Arkansas BHA Chapter
share on
See other posts related to public lands ar issues
Get the latest news and stories, right to your inbox.
Search
Local Chapters