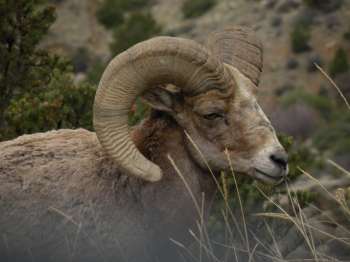 The bill would establish protections over 22,000 acres that would help maintain the quality of hunting and fishing habitat around the canyon as well as the always popular Arkansas River. Given the flexible nature of monuments, undeveloped portions of the monument would be designated as wilderness and less stringent protections would be placed on the rest of the area, encouraging public use and recreation.

“The Arkansas is the most popular rafting river in the country. I’ve spent many years guiding raft and fishing trips on the Arkansas and spending time in Browns Canyon is a highlight of any trip,” said Bill Dvorak, a longtime outfitter and organizer for Sportsmen for Brown’s Canyon. “Protecting Browns Canyon would maintain an important, sustainable part of the area economy. Just as important is protecting air and water quality and wildlife and fish habitat at a time when increasing population and development are creating more demands on public lands.”

Browns Canyon, located just south of Buena Vista, has long been known for it’s stunning fishery, but it’s value to big game is equally important. Mule deer, elk, bighorn sheep and other large predators such as black bear make good use of this lower elevation territory.

“Whether hunting with a bow, muzzleloader or rifle, Browns is easily accessible from a number of points a few miles from the towns of Salida or Buena Vista and a short two hour drive from Colorado’s Front Range,” said Colorado Backcountry Hunters and Anglers Co-Chair David Lien. “Either by foot or horseback, sportsmen have enjoyed a high quality hunt in this wilderness setting.”

As one of the most treasured landscapes in Colorado, Browns Canyon is also one of the least protected said Suzanne O’Neil of the Colorado Wildlife Federation.

"Colorado Wildlife Federation appreciates Senator Udall's steadfast approach during the past year for ascertaining and embracing local community views on how to conserve this jewel for future generations," she said.