The Traditional Spirit and the Future of Hunting

Backcountry Hunters & Anglers has teamed up with author Ron Rohrbaugh on his new book, A Traditional Bowhunter’s Path: Lessons and Adventures at Full Draw. Ten percent of book sales made here, will be donated directly to BHA for protection of public lands.

In his book, Ron shares his engaging traditional bowhunting tales, including hunts for white-tailed deer in the east, big game in the west, and plains game in South Africa. Amid the stories, Ron covers the history of bowhunting, explores the challenges facing today's hunter-conservationists, and provides insightful, hard-earned knowledge about traditional bowhunting. Ron's background as a wildlife biologist provides unique and valuable information on wildlife behavior and ecology.

Some of the topics covered include shooting techniques, overcoming "buck fever" to make effective shots, pros and cons of different bows and arrow shaft materials, understanding why and how deer use the landscape, and controversial topics, such as baiting and trophy hunting.

BHA members will be especially interested in the final chapter, where Ron chronicles the history of hunter-based conservation and describes the trials and triumphs of today’s hunter-conservationists.

As a special feature on the BHA blog, below is an excerpt from A Traditional Bowhunter’s Path...

The Traditional Spirit and the Future of Hunting

Discussions about the future of hunting and the related topics of ethics and wildlife conservation can become tedious and sometimes negative, so I want to begin (and end) this final chapter with a positive message: through harnessing our collective Traditional Spirit, today’s growing community of traditional bowhunters has the opportunity to change the face of hunting by helping to conserve wild places, protect our hunting heritage, and restore full public trust in hunters. By standing up for our values, taking action, and encouraging others to do the same, we can help ensure that hunting—and a place to pursue it—can be enjoyed by all Americans for generations to come. Wouldn’t that be a fantastic legacy? 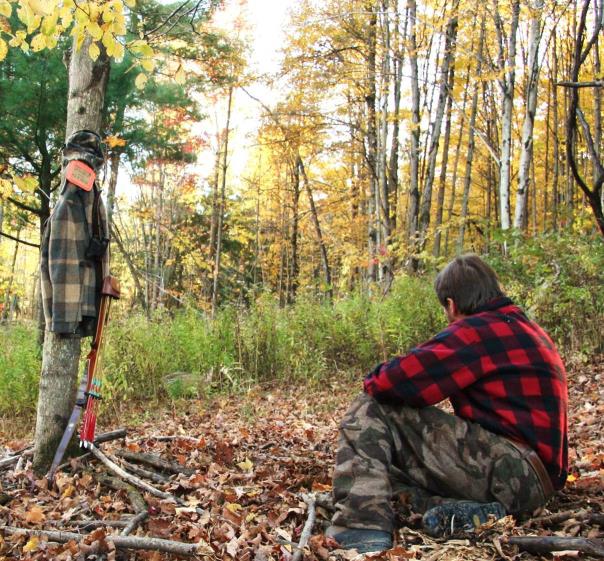 None of the experiences I have written about in this book would have been possible without laws that uphold our right to hunt and policies that protect wild places for the pursuit of game animals. I will be forever grateful for those freedoms and opportunities, and want to ensure the same for my son and for all those from future generations who might someday yearn to explore this country’s amazing backcountry with a stickbow and quiver full of arrows.

Throughout much of the past century, the sport of hunting and land conservation went hand in hand. For examples of this we needn’t look any further than Teddy Roosevelt, Aldo Leopold, or George Grinnell, all of whom were avid hunters and pioneering conservationists. Perhaps more than any other, Leopold, a bowyer and bowhunter, understood the role that hunting does and does not play in the conservation of natural places. In his classic 1949 book A Sand County Almanac, Leopold makes this observation after his group shoots a female wolf:

We reached the old wolf in time to watch a fierce green fire dying in her eyes. I realized then, and have known ever since, that there was something new to me in those eyes—something known only to her and to the mountain. I was young then, and full of trigger-itch; I thought that because fewer wolves meant more deer, that no wolves would mean hunters’ paradise. But after seeing the green fire die, I sensed that neither the wolf nor the mountain agreed with such a view.

In sharing this pivotal moment, Leopold is telling us that hunting, if it is to persist, has to be much more than just killing. Hunting has to take into account the intricate and delicate system of nature. As hunters, we must understand, appreciate, and protect nature if we are to participate in it. It is the legacy of Leopold and these other trailblazing hunters that helps to shape the Traditional Spirit still alive in many of us today.

Hunters were once the conservation innovators of our country, protecting millions of acres from cutting, dredging, and mining, and policing their own ranks to rid themselves of shameless market hunters. In recent times, however, the hunter’s role in conservation has become less clear and sometimes even obstructive. In many ways, modern hunters are trapped in a political game of Pickle. Through its conservation philosophy, the liberal left protects public and private land that is essential for hunting to continue; but the conservative right, led by the powerful NRA lobby, protects our right to keep firearms, which are necessary for most hunters to hunt. Faced with the perceived (or real) fear of losing their guns, most hunters cast their votes to the anti-environmental right in an effort to protect what they see as the most immediate threat to hunting. This is understandable, but in some ways it represents a dangerous trend for hunting opportunities. How many of you can return to your boyhood haunts and say the place is still ecologically intact? The stream where I caught my first brook trout is now confined to a concrete culvert at the edge of a Walmart parking lot. The place where my father taught me to stalk groundhogs and swing on a mourning dove is now a housing development. Perhaps even more disturbing are the recent efforts on behalf of political conservatives and private industry to privatize and sell federal public land that is owned by the citizens of this country and has offered free public hunting for generations. 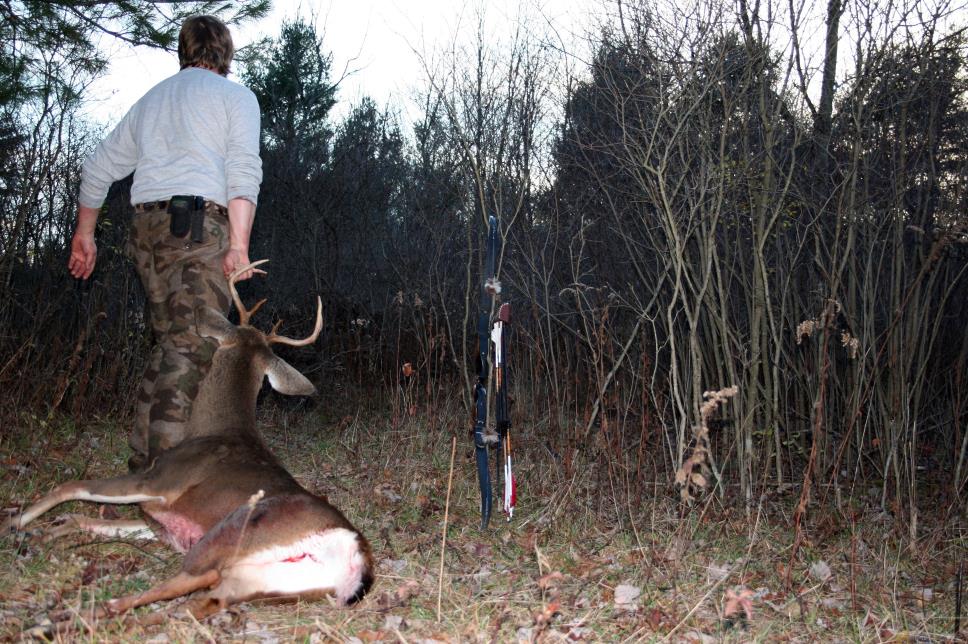 The problem isn’t only a loss of place, but also the loss of quality hunting experiences. For most, hunting means escaping from our daily lives and immersing ourselves in something raw and natural. When our wildlands are no longer wild, we might as well go to the supermarket for our meat. Let me give you an example. Each year, a friend of mine and his hunting buddies rent a cabin on the Pennsylvania–New York border to hunt deer. They typically buy tags for both states and hunt the Allegheny National Forest on the Pennsylvania side and the Allegany State Park on the New York side. This past year, I asked how they did and they told me they took a few deer in New York. “What about Pennsylvania?” I asked. My friend told me they stopped hunting in Pennsylvania because the number of new gas wells, access roads, and related truck traffic had ruined what used to be an enjoyable backcountry hunting experience in a vast national forest. In this situation, much was lost. Pennsylvania lost money from hunting license sales, and my friends lost what used to be a favorite place to hunt.

Losing hunters from our ranks due to a lack of places or experiences means diminishing political clout and cultural relevance—a trend that will eventually put us on the endangered species list. As hunters, we must learn to play the political go-between in ensuring that our natural world is protected and that at the same time we retain the right to bear arms. This means showing political flexibility to support science-based conservation policies that limit human development, provide continued protection for our unique system of public lands, and ensure healthy wildlife populations, while at the same time not letting our firearms rights slip away.

Purchase "A Traditional Bowhunter’s Path" and make a donation to BHA here.

About Ron Rohrbaugh
share on
See other posts related to campfire
Get the latest news and stories, right to your inbox.
Search
Local Chapters