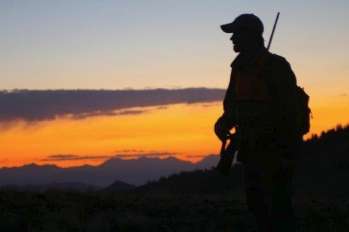 Ensuring a future with free, public hunting and fishing access is central to Backcountry Hunters & Anglers work and mission. So we were glad to hear about a recent effort to improve the level of freedom that sportsmen enjoy, by providing access to “locked-up” public lands – lands that are held by the public, but which the public cannot use.

“The HUNT Act” (The Hunt Unrestricted on our National Treasures Act) is legislation aimed at opening access to “locked-up” public lands, where private landowners have blocked traditional access, or where public lands are completely surrounded by private landholdings, with no way in.

Take for example the Sabinoso Wilderness Area in New Mexico; an entire wilderness area surrounded by private land owners who refuse to allow even foot access across their land; or the Troublesome Creek Wilderness Study Area in Colorado, which has had access blocked by a subdivision of vacation homes; or one of the many parcels of land-locked BLM land that checkerboard much of Western Oregon. For most of us, it’s not difficult to come up with an example of an unfishable ‘public’ trout stream, or a well-used elk hide-out owned by the public, but only accessible to those who own the land around it .

American families have been blessed with millions of acres of accessible public lands on which to hunt, fish and recreate. However, as development pressures and human populations inevitably increase so will the importance of ensuring that access to our public lands is available to the sporting public.

Recent studies validate this point, showing that access is the number one issue facing hunters nationwide. That’s why this bill is so important and that’s why “if any bill deserves to pass Congress, this one does” (Ben Lamb in Outdoor Life).

The HUNT Act would:

The HUNT Act would NOT:

While the bill has formally been labeled the HUNT Act, it is equally important for anyone who enjoys any form of recreation on public land. Whether you hunt, fish, ride mountain bikes or ski, this bill should be of interest to you. After all, the land doesn’t do you much good if you cannot set foot on it.

Backcountry Hunters & Anglers submitted this letter to our Congressional leadership, expressing full support of the Hunt Act. Please consider doing the same, tell your decision makers why the HUNT act matters to you.

share on
See other posts related to bha news
Get the latest news and stories, right to your inbox.
Search
Local Chapters