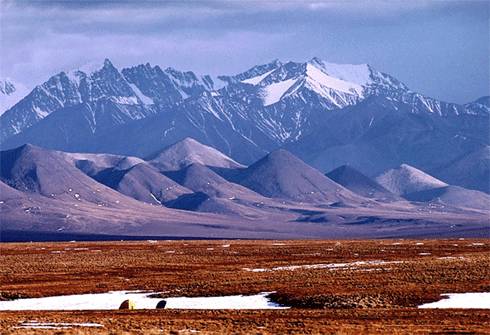 MISSOULA, Mont. – Polls commissioned in Arizona and Colorado by Backcountry Hunters & Anglers show strong public opposition to energy development in the Arctic National Wildlife Refuge in Alaska. In Arizona, 61 percent of voters opposed the proposal, along with 58 percent of Colorado voters.

Meanwhile, a U.S. House of Representatives committee advanced a budget late yesterday that could greenlight energy development in the refuge. The House FY 2018 budget resolution enables the House Natural Resources Committee to allow energy companies to drill for oil within the refuge’s borders, overturning longstanding prohibitions against development.

“The diverse fish and wildlife populations found in the refuge, along with its remoteness, make it one of the most sought-after backcountry hunting and fishing destinations in the nation,” said Gale. “Sportsmen, along with most Americans, agree that the Arctic National Wildlife Refuge and its wildlife-rich coastal plain should remain free from energy development.

“This week,” Gale continued, “members of Backcountry Hunters & Anglers traveled to Washington, D.C., to bring this message to our elected officials and to urge them to stand up for the refuge and our hunting and fishing traditions. We expect them to join us in defending America’s wildest public lands.”

“This data represents a significant and intense opposition to drilling in the Arctic Refuge, and it is clear that the issue is a meaningful one for residents of Arizona and Colorado,” said Jim Hobart of Public Opinion Strategies, which conducted the polls.

Located in northeast Alaska, the Arctic National Wildlife Refuge was established in 1960 by President Eisenhower “for the purpose of preserving unique wildlife, wilderness and recreational values.” Its 19.5 million acres, including 8 million acres of wilderness, provide habitat to iconic game species including grizzlies, Dall sheep and caribou.

“Opening the refuge to drilling would destroy the dream – of hunting public lands that are wild and undeveloped – that is central to so many of us who are hunters,” said Barry Whitehill, an Alaska BHA board member. Whitehill traveled to Washington, D.C., this week from his home in Fairbanks to meet with members of Congress and support continued conservation of the Arctic National Wildlife Refuge.

Polling memos are available that summarize the results of both Arizona and Colorado. The surveys were conducted in late June, and each features a sample of 500 likely voters.

share on
See other posts related to press releases publications keepitpublic
Get the latest news and stories, right to your inbox.
Search
Local Chapters