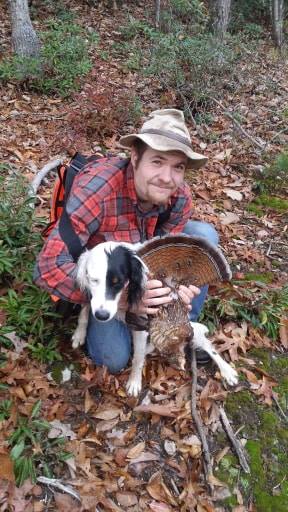 Growing up in a coal mining, fishing and hunting family in Dickinson County, Virginia, the heart of coal country, Drew Phipps spent his early days along the Clinch River, wading, swimming, observing and finding what became his life’s path as a freshwater mussel biologist. The Clinch River is as rich with life as any river on earth, with 118 species of fish and a staggering 45 species of freshwater mussels, some of which are found nowhere else on earth. Why should this be? Why would seemingly simple creatures like freshwater mussels ever branch off into such extraordinary diversity of sizes and shapes, colors and habits and habitats? What can we learn from these strange creatures, whose life cycles involve one of the most bizarre and complex rituals of mimicry and parasitism ever discovered? What exactly do we mean when we say “the hand of God?” Hal catches up with Drew and his Llewellin setter, Penny, on the George Washington National Forest in Virginia, and they set out on a long hunt for ruffed grouse. The second half of this epic conversation is all about a lifelong pursuit of ruffed grouse and woodcock and the good dogs that make the chase a million times better.