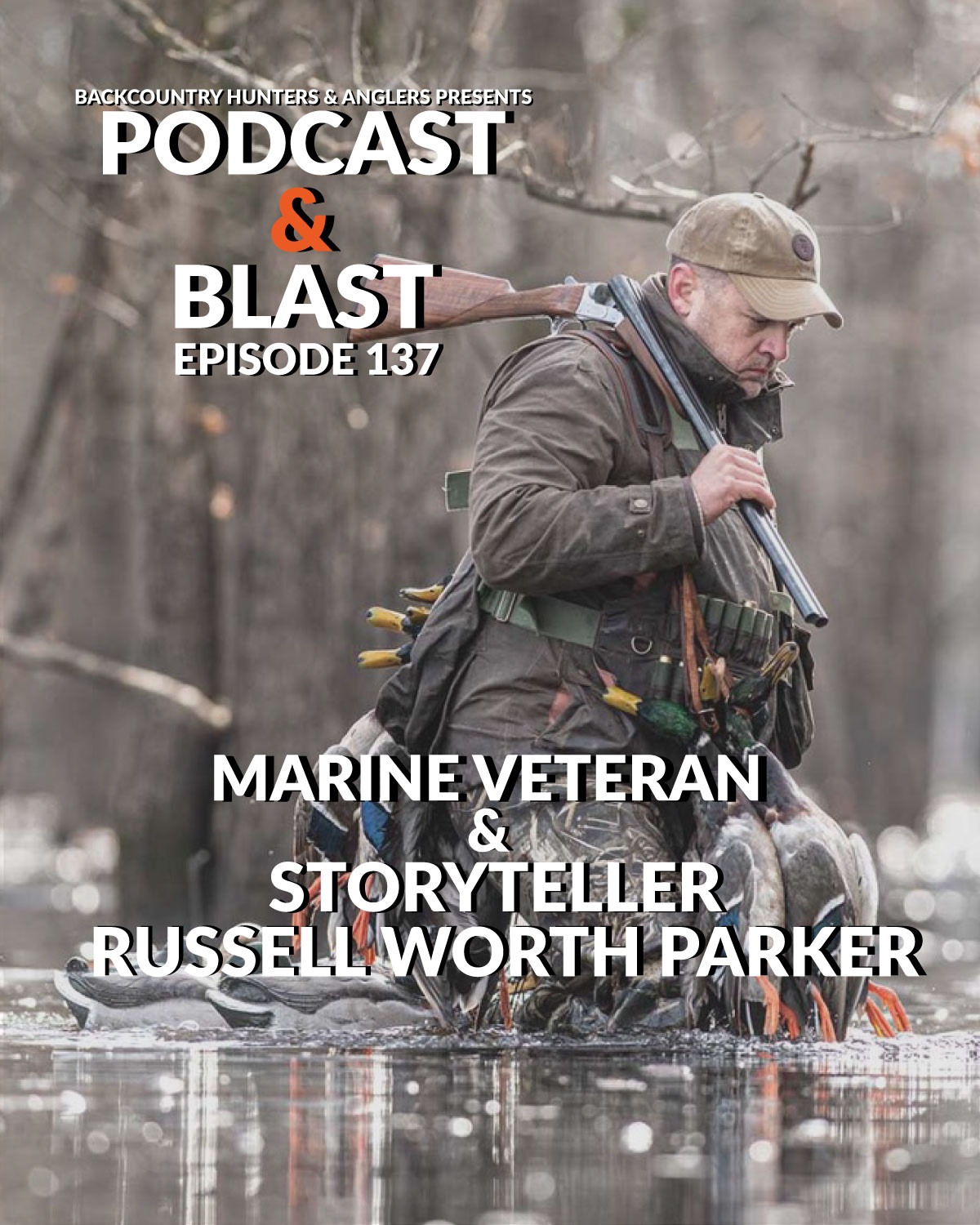 Russell Worth Parker, known as Worth, is a retired Marine and a veteran of Iraq and Afghanistan. After 27 years in the Corps, he is home in Wilmington, North Carolina, hunting and fishing and being a husband and father – and has, as he puts it, “fallen backwards into a writing career.” Parker’s work has been published in The New York Times, Garden & Gun, The Bitter Southerner, Backcountry Journal, Shooting Sportsman, Salt Magazine and military websites such as SOFLETE.com. Join us for a full-tilt conversation that ranges from BHA’s Armed Forces Initiative to the Drive-by Truckers, Cormac McCarthy, veterans hunting Texas turkeys, traumatic brain injury and war. We also discuss the classic 80s film Red Dawn.