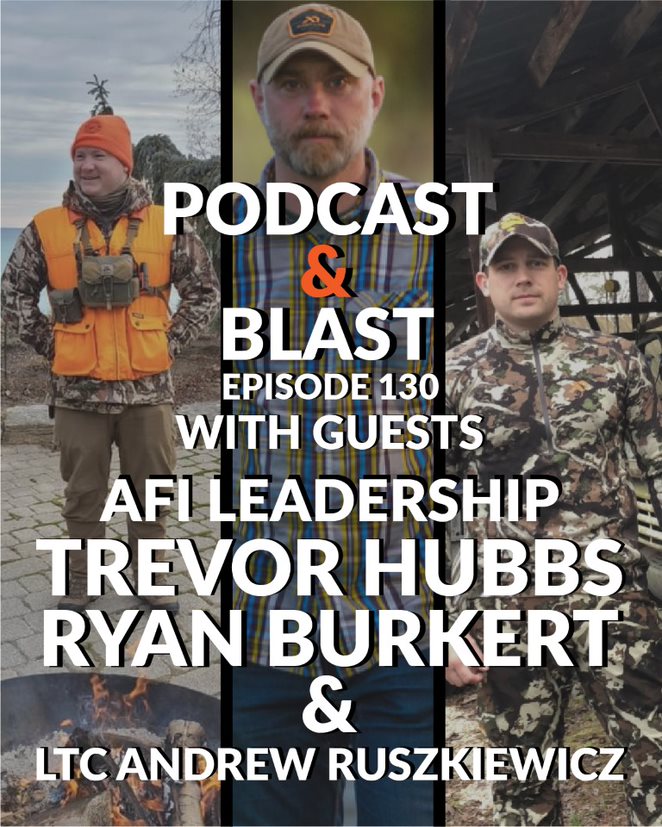 “Public lands are probably not the reason you would list for joining the Army or the Marines, but they’re the key piece of what makes America the greatest country out there,” says Trevor Hubbs, BHA’s Armed Forces Initiative coordinator. BHA recognizes that military members are a key constituency when it comes to the defense of our wild public lands and waters. The Armed Forces Initiative, or AFI, is booming – from Ft. Bragg to Camp Pendleton and everywhere in between, active duty military members and veterans are working together with local BHA chapters to get our fighting men and women out onto public lands and waters, teach hunting and fieldcraft skills, and hunt and fish, acknowledging that nobody gets service members like others who have served. Join us as Hal interviews Hubbs, along with AFI Liaison Leader Ryan Burkert and AFI Installation Leader Andy Ruszkiewicz. Learn about the mission, challenges and successes the AFI has seen during its first year-plus of existence – and hear stories from the individuals who are playing a new and critical role in engaging military members in the conservation of our shared lands and waters.

share on
See other posts related to the campfire Podcast armed forces blog armed forces initiative news
Get the latest news and stories, right to your inbox.
Search
Local Chapters