BHA PA names four to board seats in 2022

The Pennsylvania Chapter welcomed four new board members to its roster of leaders in 2022. We welcome our new leaders and are excited to see what they bring to our efforts in the Keystone State. 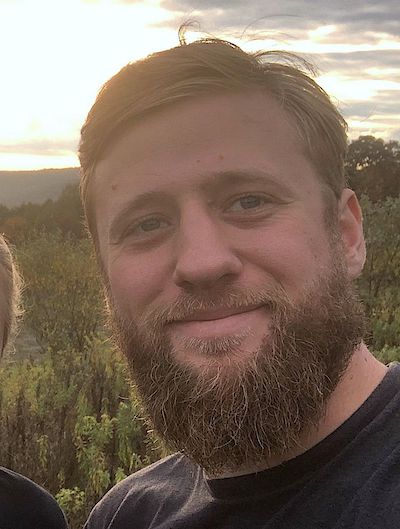 A New England native, Mike grew up camping, hiking, canoeing, and climbing both within the Boy Scouts and with his friends and family.  It was not until he moved to Pennsylvania that he found the next path in outdoorsmanship, hunting, which blended his passions of food and adventure. Mike spends most of his time in the woods bowhunting for deer and bear, but dabbles in anything that is in season and tries to pursue something new every year.

During the off season, he likes to shed-hunt/elk view with his wife and put miles on the boots for BHA’s annual Hike to Hunt fundraiser. Beyond hunting itself, Mike's true passion is getting new folks involved in outdoor adventure, hunting, and shooting by bringing at least one person per year out to the gamelands, shooting range, or just for a walk in the local park. Shortly after buying his first hunting license, he joined BHA and became a regular at pint nights and habitat cleanups, where he has met many of his hunting companions.

When asked why he is a part of Backcountry Hunters and Anglers, Mike’s response is “The community, there is nothing like the immediate friendship fostered over a common goal like protecting the quality and access of public lands that you find in BHA.”

Like many Eastern hunters, he dreams of someday hunting big game on public land out west and in Alaska. Mike lives in Southeastern Pennsylvania with his wife and son who he hopes to become a great hunter as he grows.

Mike resides in King of Prussia in the southeast region of the state. 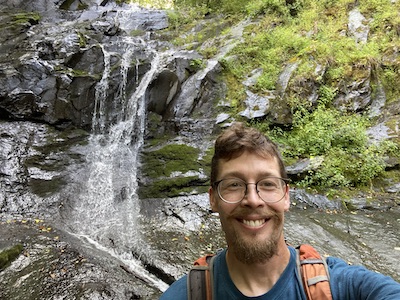 Steve grew up hunting and fishing with family in the Lower Susquehanna River Valley and still spends a lot of his free time on PA’s public lands and waters.  Some of his best outdoor experiences have been in a State Forest with a bow and a backpack or fishing the Susquehanna from his kayak.

Professionally, Steve works for a nonprofit land trust, the Lancaster Conservancy, where he helps to create and manage public access for hiking, hunting, and fishing on several thousand acres of preserved land.

He decided to get involved as a BHA volunteer because, in his words, “We have incredible natural resources in Pennsylvania.  With hard work and diligence, we can ensure that hunters and anglers have the opportunity to pursue wild game across healthy woods and waters for generations to come.”  ]

Steve resides in Bainbridge in the south central region of the state. 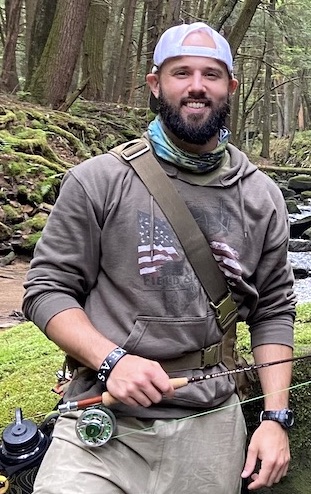 Nick is a second-generation hunter and angler. Ever since his Dad took him fishing when he was 8, he was enamored with being in big country with no cell reception, nowhere to be, and catching trout on a cool mountain stream.

As he got older Pops introduced him to deer hunting and although it took a while for him to catch onto that, (well into his late 20’s) the seed was sown deep that he knew he was somehow bound to the outdoor life. Nick then realized that he wanted to give back and learn more about how to protect these things that he cherished so much, but didn’t quite know how until he found BHA.

Nick is extremely proud to be a board member now, lending a helpful voice to a room of likeminded voices, that all care deeply about the outdoors, its tradition, and its preservation.

Nick resides in Ambridge in the southwest region of the state. 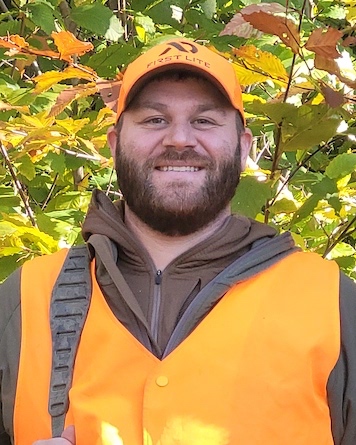 Raised in the hunting tradition in south central PA, Ross cherishes time outdoors with friends and family. Ross currently resides in York County and enjoys hunting the State Game Lands near his home, he also spends a great deal of time exploring the Susquehannock State Forest surrounding his family cabin in Potter County. He has found additional success on National Forest and state lands with public access for hunting on trips to western states.

Public access remains a key motivator for Ross as he introduces his three young children to their outdoor heritage.

“I have felt the impact of losing access to the many parcels of privately held land once open to the public in Pennsylvania, places where I learned to hunt and fish."

Ross resides in Red Lion in the south central region of the state.