On Sept. 30, the sun set on the greatest conservation program this country has ever known. Congress failed to reauthorize the wildly successful Land and Water Conservation Fund after 50 years of the LWCF providing sportsmen and women with some of America’s best hunting and fishing spots on public lands.

LWCF has been the principal source of federal dollars for expanding America’s parks, wildlife refuges and other heritage lands. It has done more to protect iconic landscapes, wildlife habitat and open space and healthy waters – and develop outdoor recreation opportunities for hunters, anglers and other outdoor enthusiasts – than any federal program in American history.

It has accomplished all of this without spending a single taxpayer dollar. LWCF was brilliantly conceived to balance use of our natural resources with investments in conservation and stewardship. Funding for LWCF has come entirely from royalties paid by offshore oil and gas producers in federal waters. 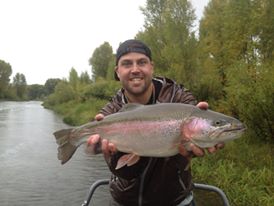 Since its launch in 1965, the program has enjoyed wide bipartisan support through 10 administrations, conserved more than 7.6 million acres of land and supported more than 41,000 recreation projects that meet state and local priorities. National parks like Rocky Mountain, the Grand Canyon and the Great Smoky Mountains, as well as national wildlife refuges, national forests, rivers and lakes, community parks, trails and ballfields in every one of our 50 states were set aside for Americans to enjoy thanks to LWCF funds.

As an avid angler, I have personally benefited from LWCF through improved fisheries conservation and fishing access. From the Gunnison Gorge to the Colorado River to the Yampa – many of Colorado’s most popular fishing destinations have benefited from LWCF. In addition, two great projects that would have expanded public fishing opportunity on Wyoming’s famed North Platte and on the popular Colorado outside of Kremmling, are now in jeopardy of going unfunded because of an ideological bullheadedness from a select few leaders in Congress.

Despite its popularity, bipartisan support and proven effectiveness, Congress has failed to uphold this pillar of America’s sporting heritage and did not include LWCF renewal in the recent budget negotiations. Americans of all stripes are now robbed of future opportunities to enjoy our great outdoors, whether that be a wilderness area or community ballpark. The $646-billion outdoor recreation industry – along with local economies that depend on the public being able to access and enjoy parks and national public lands – will feel the negative economic impact. In addition, those sportsmen like myself, that depend on quality public hunting and fishing grounds have lost one of the best funding sources for public access and conservation out there.

President Theodore Roosevelt, an avid sportsman who made protecting the great outdoors an ongoing national priority, said more than a century ago, "The conservation of our resources is the fundamental question before this nation." Apparently Congress, bitterly divided and locked in political games, has forgotten that.